Situated on the banks of the River Guadiana forty kilometres (25 miles) north of Vila Real de Santo António is the quaint and pretty village of Alcoutim. Set amongst the attractive countryside of the Eastern Algarve, perched on its hill, this little gem is so often overlooked by tourists, which helps to maintain its charm. Cobbled streets, small squares clamber up the hill overlooking the river to its Spanish neighbour, Sanlúcar de Guadiana, on the opposite side. On the riverbank, there's a promenade that is home to a handful of cafés and restaurants. Riverboats, yachts and the odd excursion ship from Vila Real de Santo António stop here. Since time immemorial, the tidal nature of the harbour has been exploited to ship metal ores, namely copper and iron, down to the sea and on to the ancient Mediterranean civilisations. 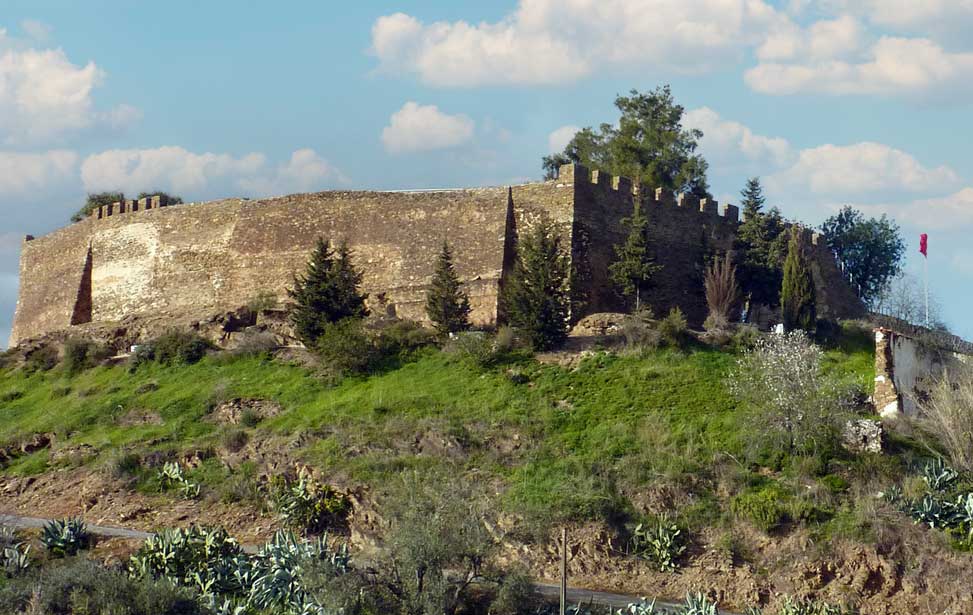 The 14th-century castle stands on the spot where a Castro once stood. This iron age defensive structure would have witnessed the coming of many different cultures over the aeons. Sometime in the 10th century BC the Phoenicians, in cooperation with the local Lusitanians, established a trading post here. The greeks later followed in their footsteps in the middle of the eighth century BC and attributed to the growing population. The Carthaginians entered the Algarve in the sixth century BC and later following the Punic wars, Alcoutim was conquered by the Romans.

The Roman garrison here was called Alcoutinium and the town steadily grew in wealth and importance. However, following the invasion of the Alans in 415 the town fell into decline. When the Moors arrived they built a new defensive structure and Alcoutim's wealth grew once more. Remnants of this Moorish castle can still be found within the 14th-century structure, built on the orders of King Dinis I.

It has since played a crucial role in defending Portugal's border and has encountered many skirmishes with Castile and, then later, Spain. During the Restoration War against Spain in 1640, the ramparts were modified to accommodate artillery. Opening in 2000, the small archaeological museum found within the walls of the castle. The Museu Arqueológico de Alcoutim traces the towns long and chequered history and houses many interesting artefacts.

The construction of this church originates between 1538 and 1554 and is considered to be the first Renaissance building erected in the Algarve. During its lifetime, it has been re-built on a number of occasions. Over the porch is the coat of arms of the Marquises of Vila Real and Counts of Alcoutim with the characteristic emblem of interwoven holm oak branches and the inscription "Aleo". This inscription is to commemorate the raising of the Moorish siege of the then recently conquered city of Ceuta by Pedro de Meneses. Within there are three naves, with pillars decorated with handsome capitals. It consists of the main chapel and side chapels with carved retables. Here too there is an interesting collection of sculpted figures. In the sacristy, there are three ogival fanlights. Largo da Igreja 1, 8970-061 Alcoutim, Portugal. | 37° 28' 18.5" N | 07° 28' 17.4" W 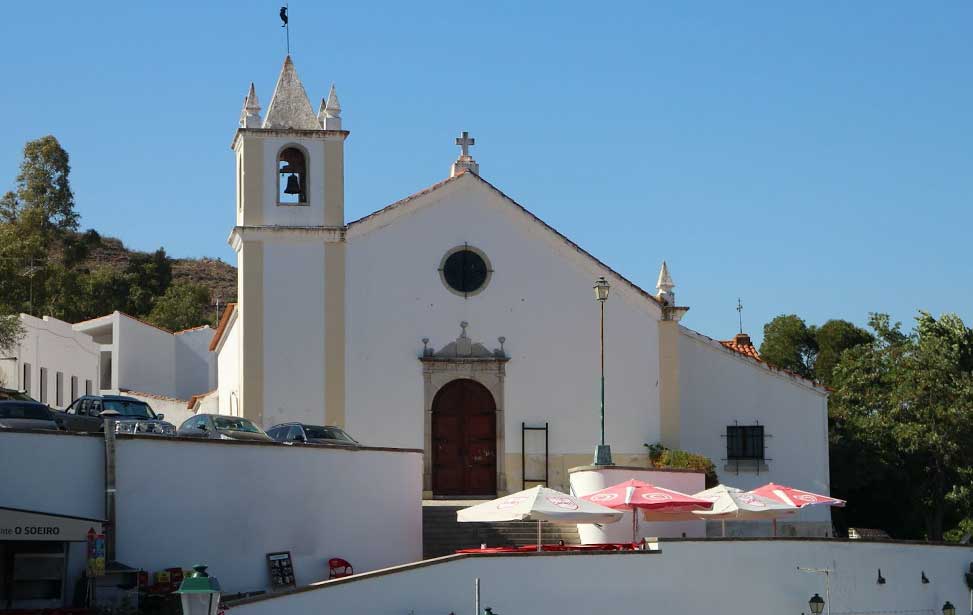 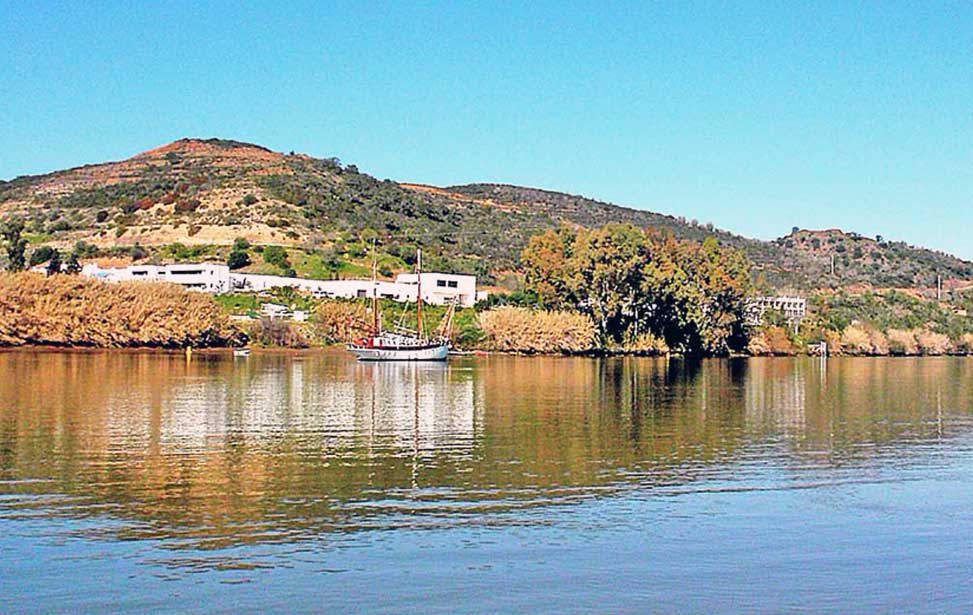 NATURE PARK OF (PARQUE NATURAL DO) VALE DO GUADIANA

Located in the valley of the River Guadiana, it winds its way through narrow riverbanks dotted by age-old watermills and sharp ravines covered in Mediterranean undergrowth and offers magnificent landscape views. The area of the Natural Park also includes towns that exemplify well preserved traditional architecture. On the northern border of the Park, in a place of exceptional natural beauty, we find the steepest natural gradient in the course of the River Guadiana. It's here you'll find the waterfall of Pulo do Lobo (Wolf's leap), so named after the proximity of the rocks on the two sides. Visitors can discover the Natural Park by following walking routes although sensible footwear, clothing and in the summer, protection from the sun.

This tour starts in Vila Real de Santo António where you will board a ferry to journey up the Guadiana river, stopping at Castro Marim along the way. The tour continues to Alcoutim to visit the 16th century castle and enjoy the delights of the town. Discover the real Algarve on this private whole day tour. 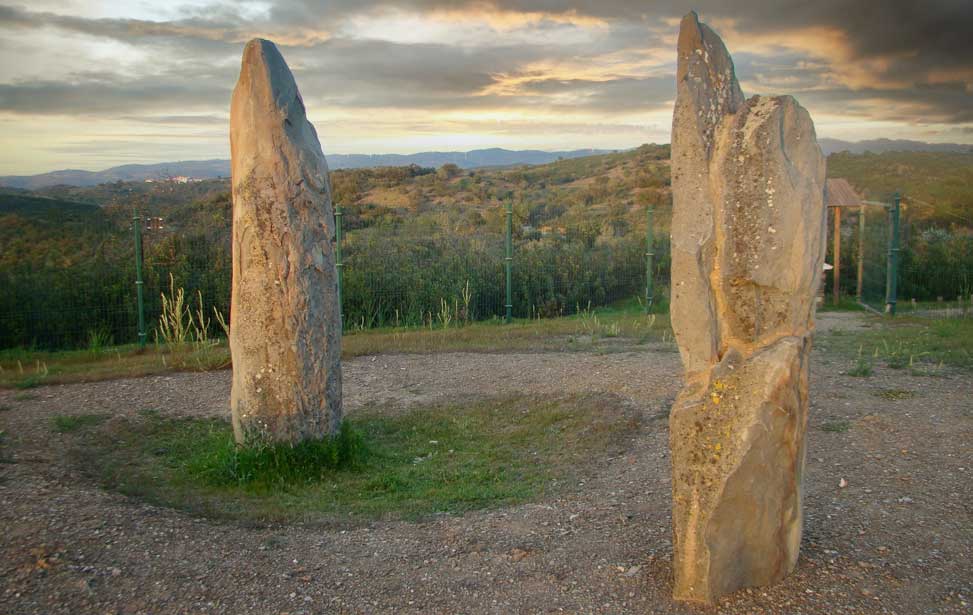 Found on a hilltop six kilometres (4 miles) from the village of Afonso Vicente and first excavated in 1998, this large menhir was revealed to be a part of a larger group. Dating from the Late Neolithic or Chalcolithic period, between 3500 and 2800 BC, the structures are believed to be territorial markers or for defining sacred space. One of the stones was eventually moved to the archaeological museum in Alcoutim. The menhirs are embellished with carvings and circles. The tallest menhir (Lavajo I) measures 3.14 metres (10.3 ft) tall, dark grey in colour and phallic in form. The approach to the standing stones is via a gravel path and the menhirs themselves are protected by a perimeter fence. The gate may or may not be open.
Alcoutim e Pereiro 8970, Portugal. | 37º 30" 05.9' N | 07º 32" 06.3' W 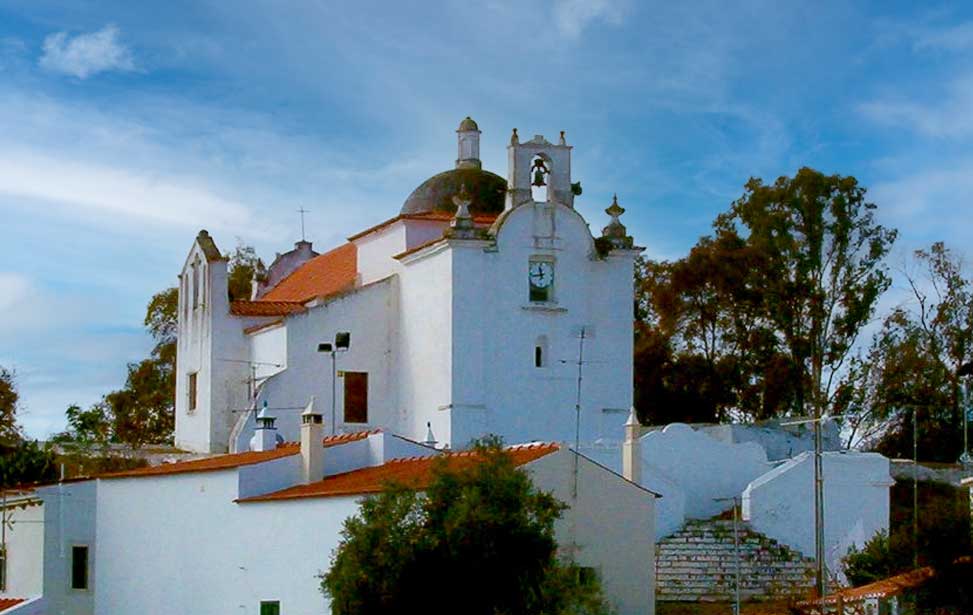 The current building dates back to the 18th century. It replaces a 16th-century construction of which evidence can be found in the Manueline portal. Completed in 1573 it was the last work of master architect João de Castilho who died before he was able to take satisfaction of his labours. Commissioned to be a funerary pantheon by King John III the hermitage was thought to be innovative at the time. An ornate baroque stairway allows access to a spacious atrium which in turn offers magnificent views over the town and the surrounding countryside. Its whitewashed walls and round cupola along with the bell over the main portal are typical Algarvian features. 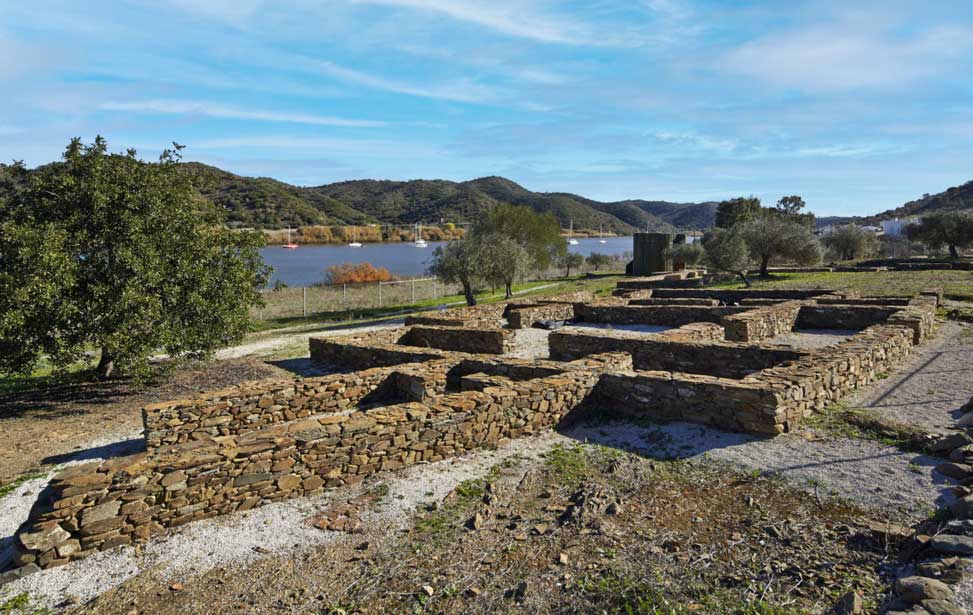 Five miles out of Alcoutim is an archaeological site that consists of an old roam villa and estate. Here too are the remains of a Byzantine church in a plan of the shape of the cross. The ruins were first discovered following the great flooding of the river Guadiana in 1876. Excavation soon followed by eminent archaeologist Estácio da Veiga yet it wasn't fully archaeologically documented until 1990. The site has the status of 'monument of public interest and is open to the public all year round and entry is free of charge.
37° 24' 15.9" N | 07° 27' 38.1" W 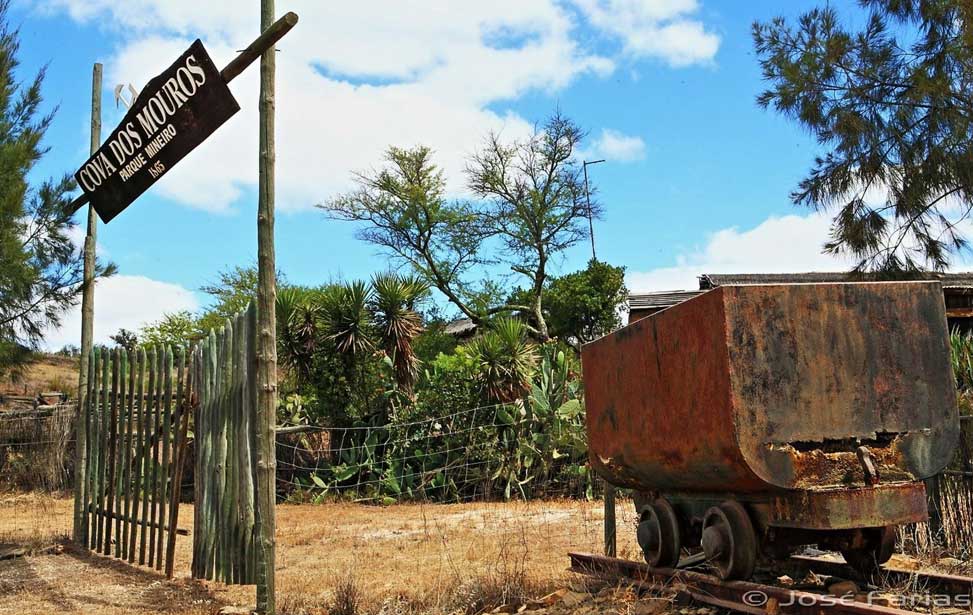 Nineteen kilometres (12 miles) west of Alcoutim in the parish of Vaqueiros are the Cova dos Mouros Mines close to the Chalcolithic settlement of Santa Justa. The park takes you back in time, starting around 2500 BC when mining for copper at this site was essential for the bronze age economy. Local archaeological finds in the area include scoria and clinker remains, casting crucibles, moulds and copper artefacts such as axes, saws and chisels). From the Iron Age inscribed funerary gravestones have been found and tombs as well as two fortified "Villas" from the Roman occupation dating from the 1st century BC. As visitors walk the 750-metre trail they'll encounter replica dwellings, tools, a forge and model figures designed to recreate and follow the evolution of metallurgical here millennia ago, through the Roman era to the 19th century.
Low Season: 10h30 – 16h30, High Season: 10h30 – 18h30, Monday: CLOSED
Adults: €6.50, Children 5 - 10 yrs €5.00, OAP: €6.00 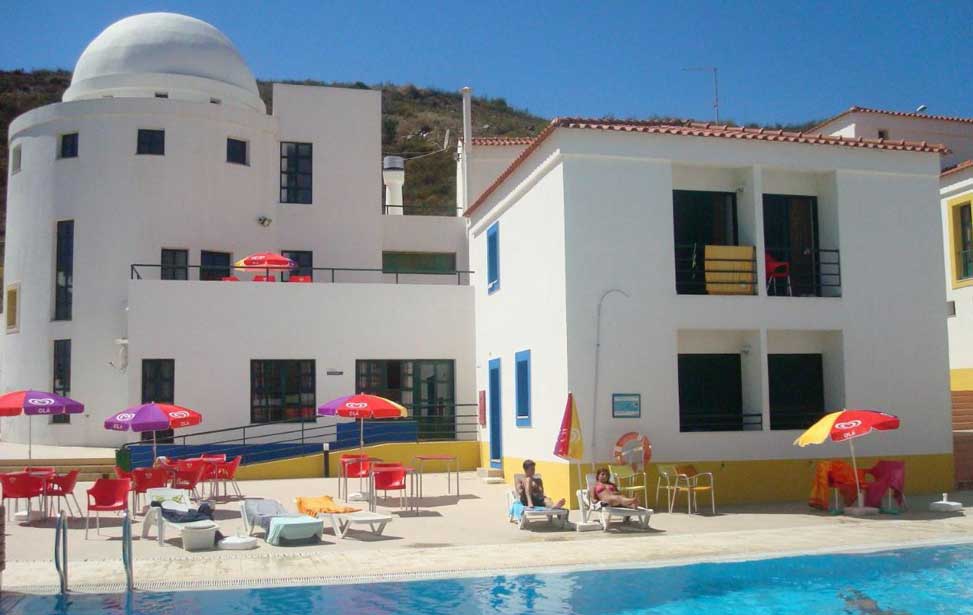 This youth hostel located in Alcoutim offers a large outdoor swimming pool and features views of the Guadiana River. This hostel provides free WiFi. The beds are in gender-specific dormitories, mixed dormitories and, for guests wishing more private, there are twin rooms with access to a private or a shared bathroom. All rooms have high-quality wooden furniture and windows with views of the surrounding landscape. Pousada de Juventude de Alcoutim features a shared kitchen where guests can prepare light meals. In addition, there are laundry facilities available as well as a games room and meeting facilities. Guests can relax at the shared lounge or the terrace with sun loungers by the pool. 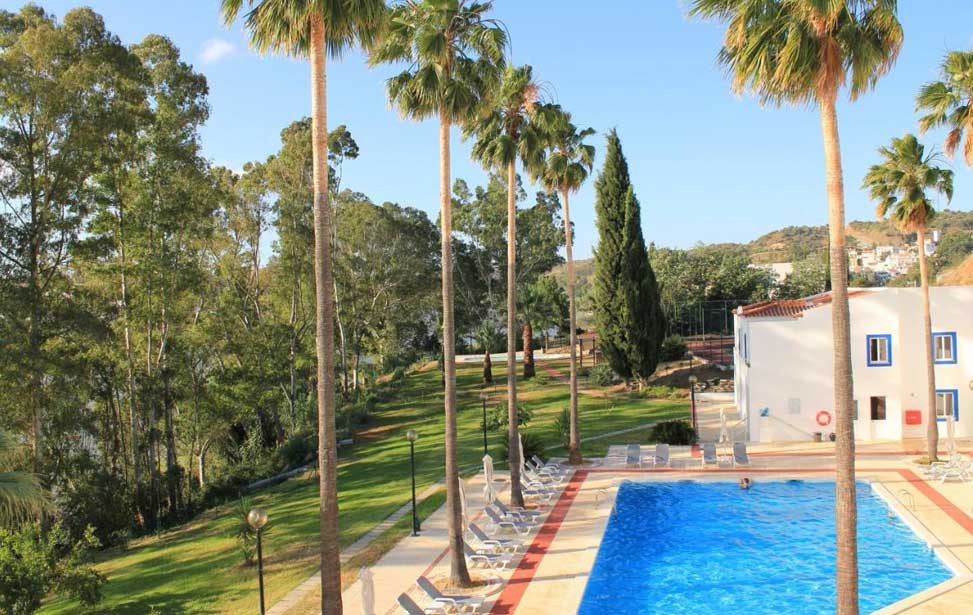 Located in Alcoutim, a short walk from the Nossa Senhora da Conceição Church, Hotel D'Alcoutim provides accommodation with a restaurant, free private parking, a seasonal outdoor swimming pool and a bar. With a shared lounge, the 3-star hotel has air-conditioned rooms with free WiFi, each with a private bathroom. The accommodation offers a 24-hour front desk, room service and luggage storage for guests. At the hotel, every room has a desk and a flat-screen TV. All units include wardrobes. A continental breakfast is available daily at Hotel D'Alcoutim. 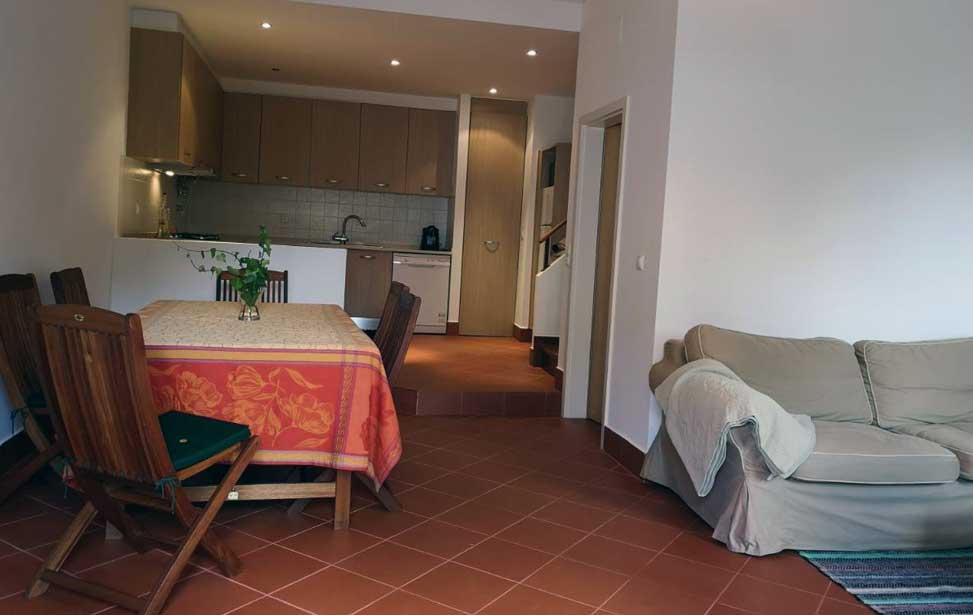 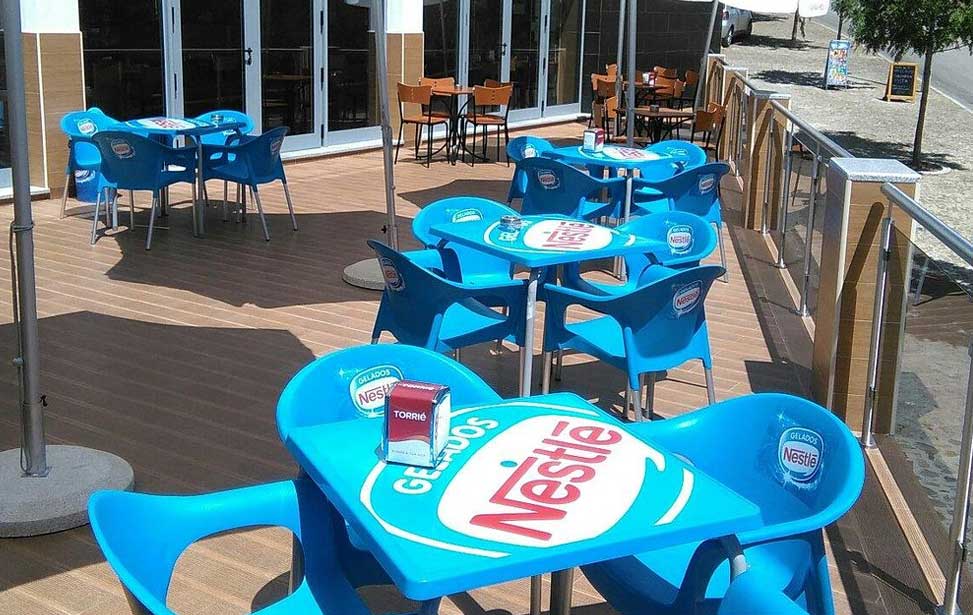 clean and modern restaurant provides it's clientele great food at reasonable prices. The staff are friendly and welcoming with smiles as generous as the large portions served here. Those with moderate appetites might consider asking for a meia dose, or half portion. The menu has a good selection of meat and fish dishes as well as a suitable wine list. 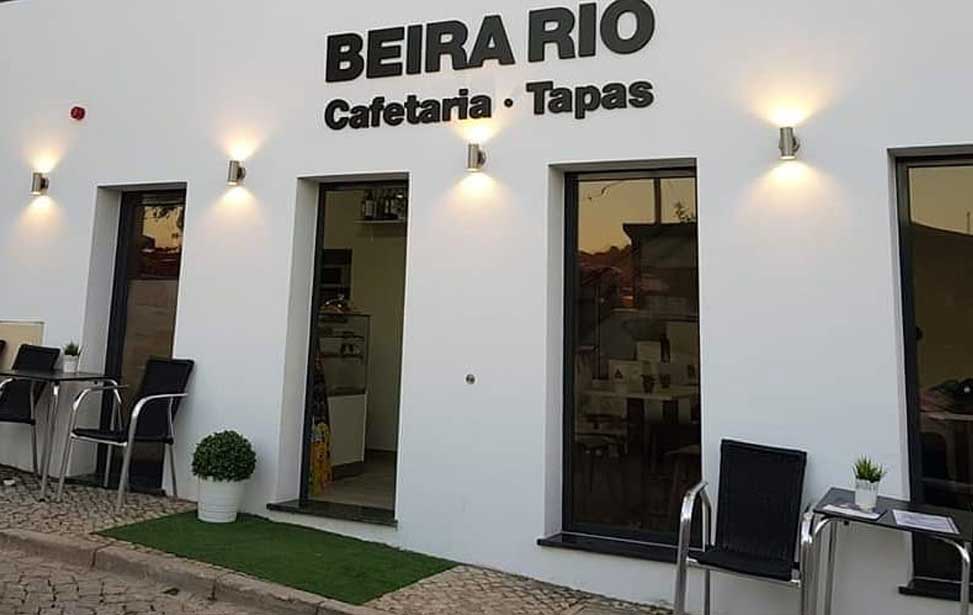 An idea spot for a light lunch and a fill-in meal. A relaxed atmosphere with great riverside views. No need to any hurry here. The service is friendly and attentive without being intrusive. Ask about the Daily specials, you wouldn't want to miss out on something special. 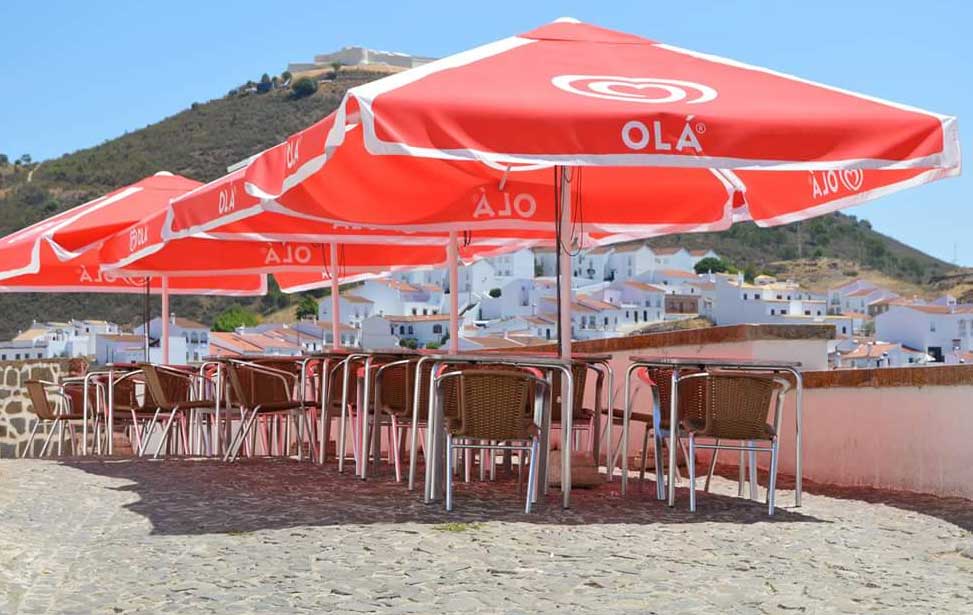 A homely atmosphere and welcome awaits you. The food is local cuisine and Tuesdays are dedicated fish days which is then grilled to perfection. Dinners on the terrace are treated to magnificent views over the river.