Lisbon outgrew its original boundaries in the 17th century. The wealthy decided to escape the hubbub of city living to build their mansions and manner houses in this new district. The area takes its name from the former "Convent of Our Lady of the Star" that once stood here.

Today the district is quiet in comparison to the centre. The mansions and palaces here are thoughtfully preserved but it is the impressive Basílica da Estrela that is the main point of interest. The Basilica overlooks one of Lisbon's finest gardens, the Jardim da Estrela, which is a popular location for locals to spend their lunch breaks and for those who want to escape the midday sun. This tranquil space perched on the apex of one of Lisbon's seven hills affords breathtaking views of the terracotta-topped city below, the river and the spires of the Ponte 25 de Abril bridge. Estrela is on the western extremity of the Tram 28 route, which helpfully obliges by stopping outside the Basilica.

Descending downhill from Estrela, passed the seat of the Parliament of Portugal, the Palácio de São Bento, is the district of Lapa. The area is colloquially referred to as the "embassy quarter' due to the abundance of world ambassadors who now occupy former palaces. In 2012 the Lapa lost its status as an administrative district to become officially part of Estrela. Our sister website MADABOUTLISBON.COM will guide you there and introduce you to the best places to see and top things to do. | www.madaboutlisbon.com 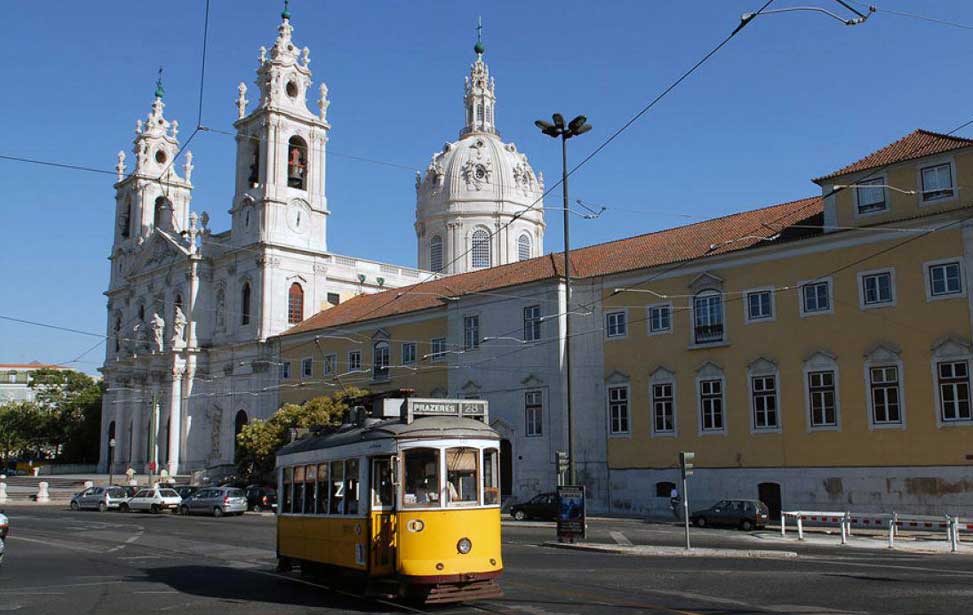 A massive baroque church which dominates the landscape 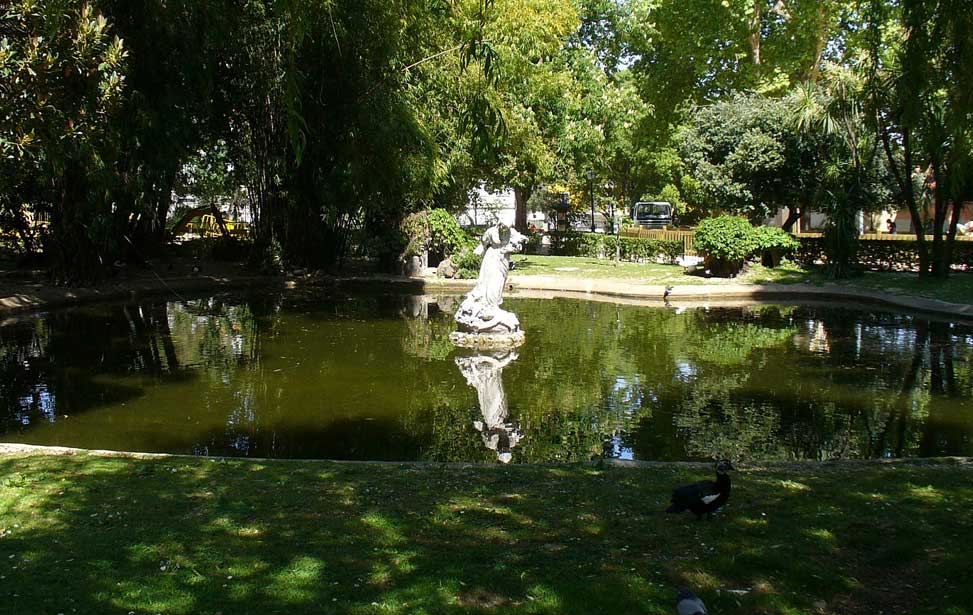 A cultural centre containing a few of Pessoa's personal belongings 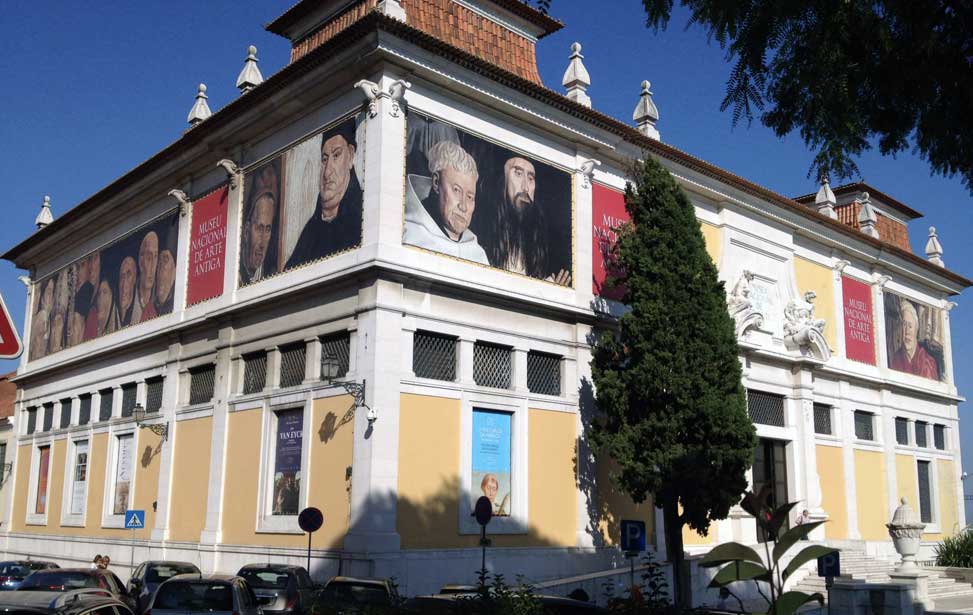 A 19th century museum which home to a vast array of historical art. 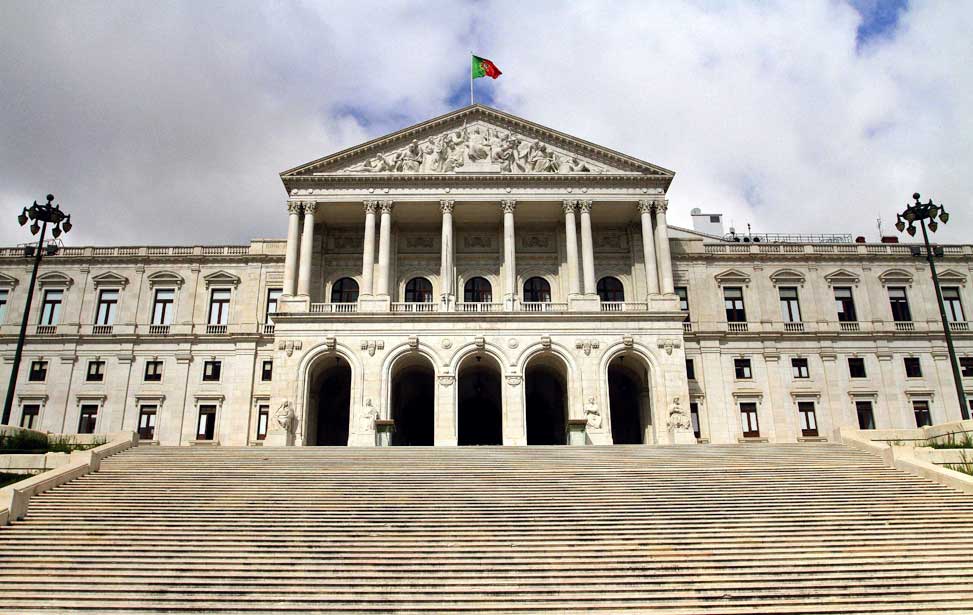 The home of the Portuguese parliament originally a 16th century monastery. 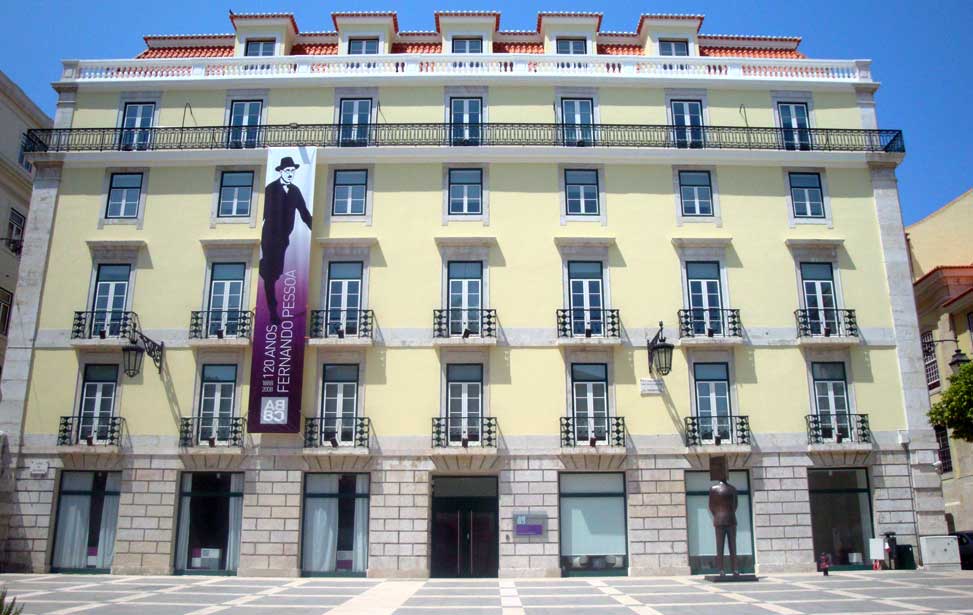 The Casa Fernando Pessoa is where Portugal's best-known poet spent the last fifteen years of his life and contains much of his effects such as his glasses, a private collection of books and diaries. Here is a reconstruction of his bedroom, a multimedia room and a public library specialising in global poetry. In addition to this, there are exhibitions of artists who have been influenced by Pessoa. Almada Negreiros' famous portrait of the writer is hung here, it depicts him in his distinctive spectacles and black hat.

Fernando Pessoa moved with his family to the apartment on the first floor of number 16, Rua Coelho da Rocha, Campo de Ourique, in 1920. This was his sixteenth address and he lived there until just a few days before his death on 30 November 1935. This and the building's other apartments were since occupied by various other tenants in the years which followed.

At the end of the 1980s, Lisbon Municipal Council purchased the building which was in a very bad state of repair and in danger of being demolished. The fact that this was the last address of Fernando Pessoa made this a privileged space for storing and exhibiting the writer's personal effects, which were then in the possession of Lisbon Municipal Council: personal objects, some furniture and a large part of the books that belonged to the writer's private library. Officially inaugurated on 30 November 1993, on the anniversary of the poet's death, Casa Fernando Pessoa has been open to the public ever since. The whole building was completely reconstructed, in keeping with the design developed by the architect Daniela Ermano, with only the original façade, the stairs leading to the first floor and two rooms of the family's apartment is left unchanged.
709, 720, 738 | 25 & 28

During King João IV's campaign to restore Portuguese sovereignty from Spain, he was desperate to win Catholic friends to help in his struggle. Failing in this search, he instead sought help from Portugal's oldest ally, the English. At which time was governed by Oliver Cromwell´s English Republic, a very Protestant regime. In 1654 a treaty was signed that permitted English traders the right to use their own bibles, install a Protestant chaplain in Lisbon and allow their dead to be buried in Portugal. Previously Protestants who passed away in Portugal had been buried in coastal sands during low tide since burial was not permitted on Catholic soil.

However, the Inquisition put a block on this until 1717, when a suitable plot close to Lisbon was finally leased. It was originally called the "St. George's Cemetery" after England's patron saint. Ever since the Acts of Union of Great Britain was signed in 1707, the cemetery became available to all non-Roman Catholic British Nationals. Found amongst the cypresses are the tombs of Henry Fielding, author of Tom Jones. It's rumoured that several unmarked graves belong to British soldiers who fell during the Peninsular War against Napoleon. Here too are rows of Commonwealth War Graves, commemorating servicemen who perished in the Lisbon area during WWII. Found too on the grounds is an attractive Victorian styled Anglican church. Today this walled cemetery offers a tranquil respite and peaceful spot to allow oneself a quiet moment.
709, 720, 738 | 25 & 28 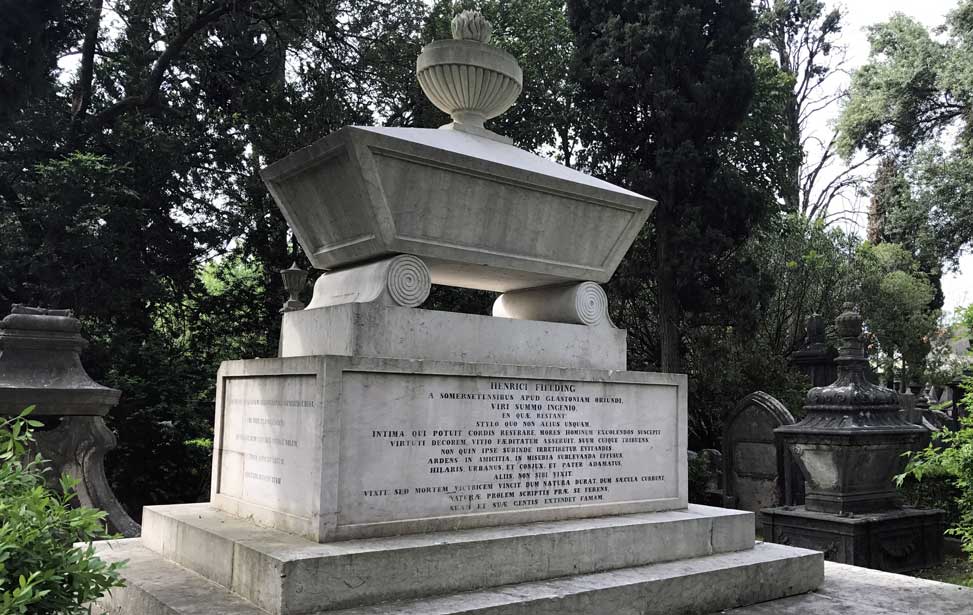 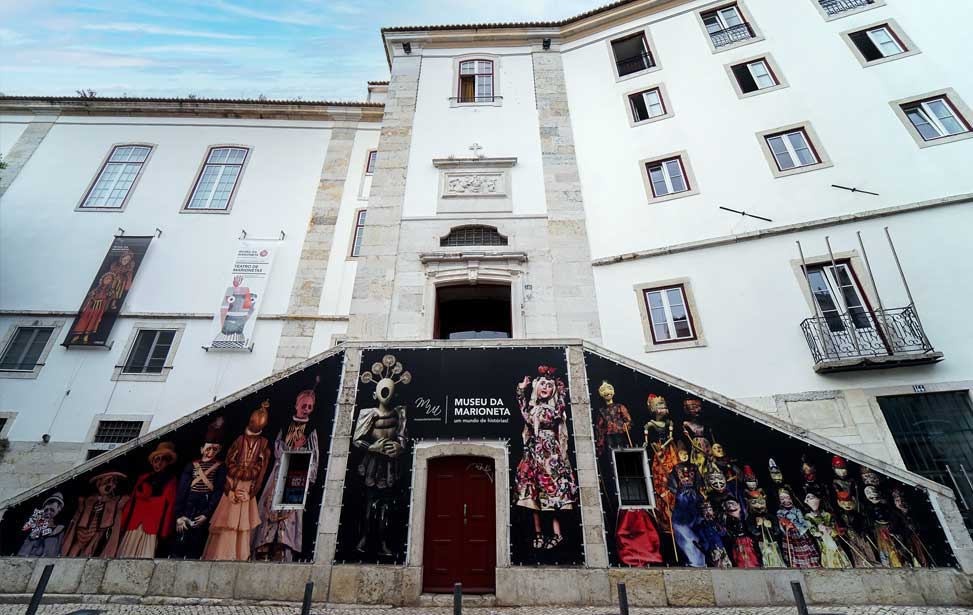 Housed within a 17th-century convent, the Museu da Marioneta is a magical location to celebrate the art of puppetry, its history and worldwide appeal. It first opened its doors as a museum in November 2001 and comprises puppets of all types of manipulation techniques, as well as masks and props from different worldly cultures. Other than its main focus of championing Portuguese puppetry, there are a great number of exhibits from as far away as Indonesia, Sri Lanka, Burma, Thailand, India, Vietnam, China, Turkey, Sicily and Mali. Since 2008, a collection of African and Asian puppets, belonging to the collector Francisco Capelo, has been on display. There is a constant rotation of temporary exhibitions to keep the art of storytelling fresh. The museum makes a wonderful excursion for the whole family. You can visit for free every Sunday morning.
706, 713, 714, 727 | 25 & 28 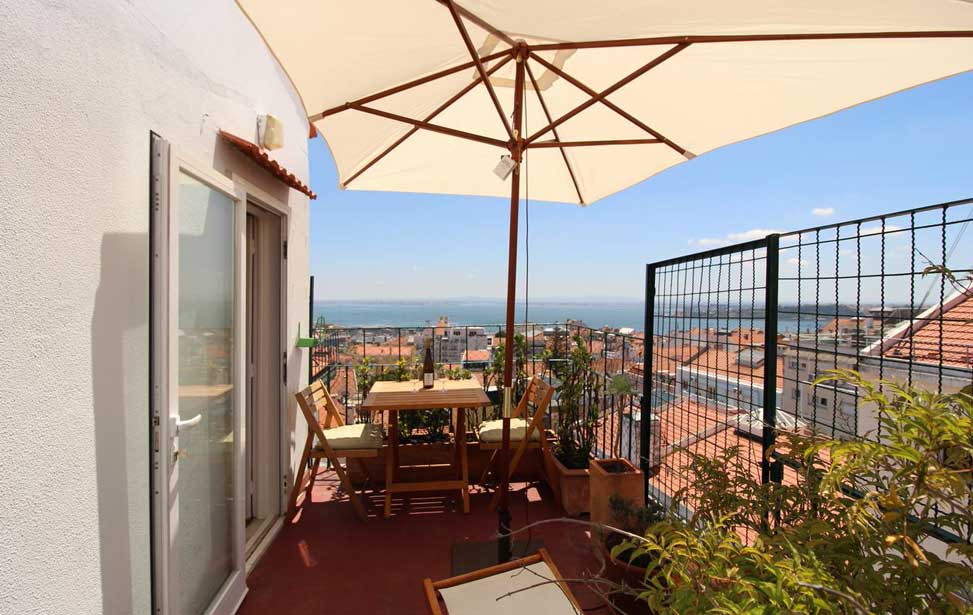 Estrela Penthouse - amazing Views offers accommodation with free WiFi, air conditioning, a shared lounge and a terrace. With river views, this accommodation features a patio. Boasting a DVD player, the apartment has a kitchen with a dishwasher, a microwave and a fridge, a living room with a seating area and a dining area, three bedrooms, and two bathrooms with a bidet and a shower. A flat-screen TV with cable channels is available. 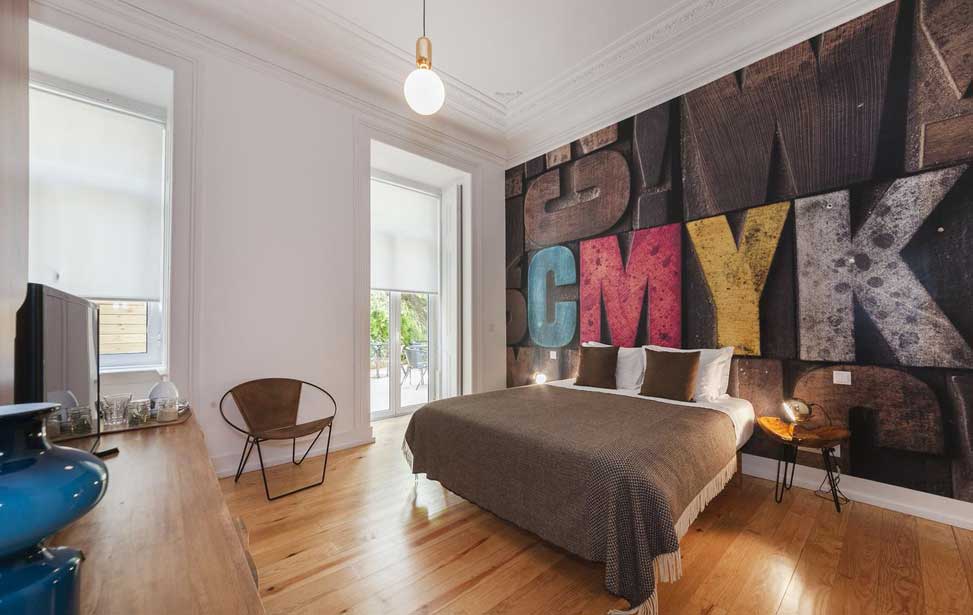 Located in the trendy Santos district in Lisbon, Lisbon Cheese & Wine Suites offers a unique experience in elegant and carefully decorated accommodation. Free WiFi is available at this guesthouse. Each of the guest house's rooms includes an en suite bathroom, air conditioning and high-quality amenities. A delicious breakfast is included in the rate and is served every morning. In the vicinity, guests will find a variety of traditional Portuguese restaurants. There is also plenty of bars where guests can relax and enjoy a beverage in the evening. Major city attractions like Chiado, Bairro Alto, Principe Real and Cais do Sodré are within 0.9 miles. 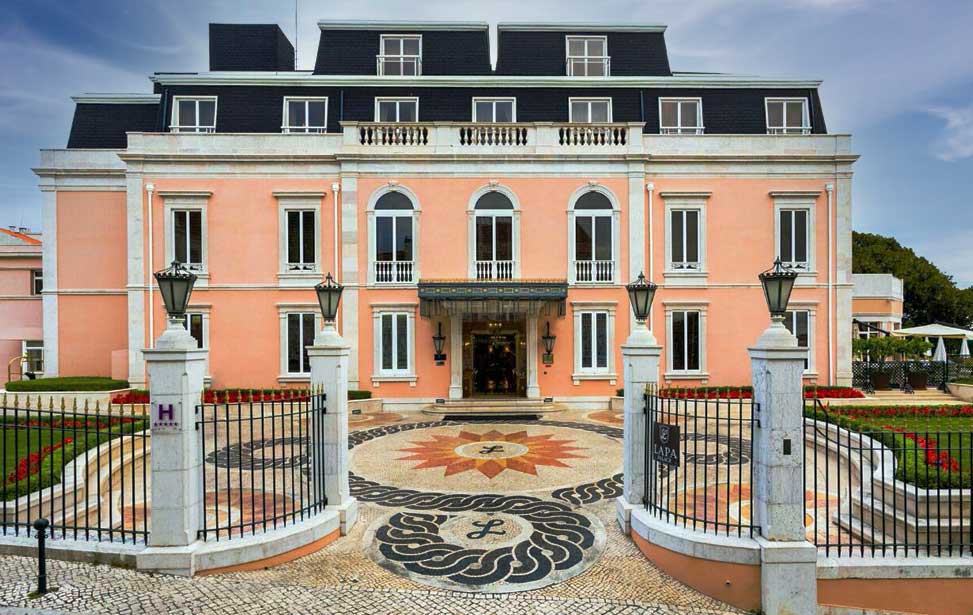 Build in the 19th-century this luxurious palace is nestled on a hilltop overlooking the Tagus River and presents guests with the ideal base for an unforgettable stay in Lisbon. Tucked away in the city's diplomatic quarter, Lapa Palace is set in a beautiful sub-tropical garden. Sunbathe on a lounger in the pool area or pay a visit to the Spa, where you can treat yourself to hours of relaxation in the sauna. Thanks to the palace's convenient location, central Lisbon is only a short drive away. Park your car for free on-site and indulge in fresh seafood at the restaurant. In the meantime, the concierge is happy to arrange various services for you, including the use of the VIP room facilities. 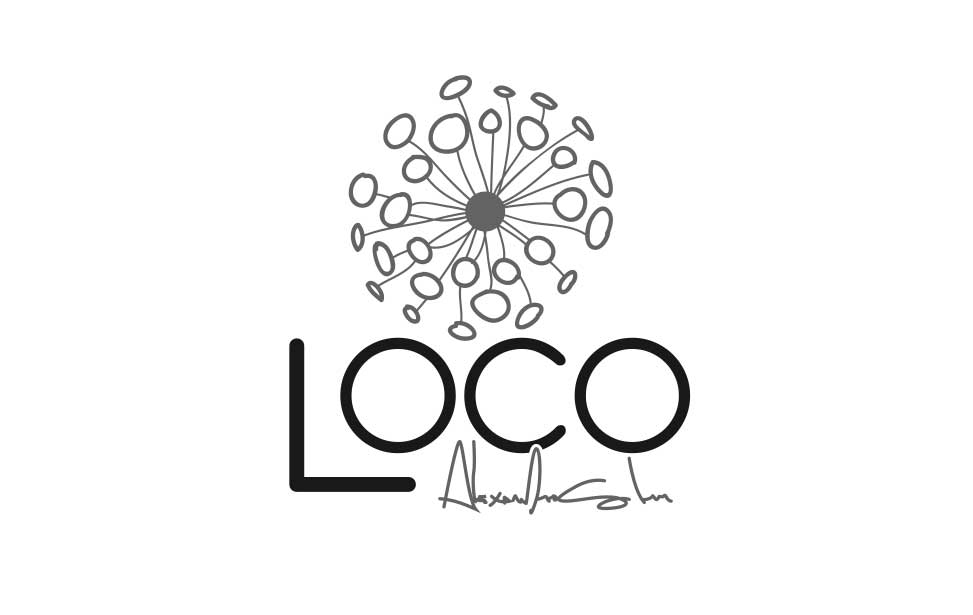 This quirky Michelin star establishment is not the largest restaurant in Lisbon, but it's certainly in contention for being one of the best. Its 22 seats surround an open planned kitchen where Chef Alexandre Silva and his team apply their art and the full-sized tree inside is a nod to their organic philosophy. There are only two choices on the menu, one is the 18-course taster menu and the other is similar with the addition of cheese courses. Each course or "moment" pays homage to local and seasonal produce that takes all your senses on a gastronomic journey. The wines are sourced mainly from small boutique producers of lesser-known locally sourced wines. The staff are extremely friendly and welcoming. They are more than happy to explain each course served. It's advised to book well in advance as LOCO is very popular and rightfully so. 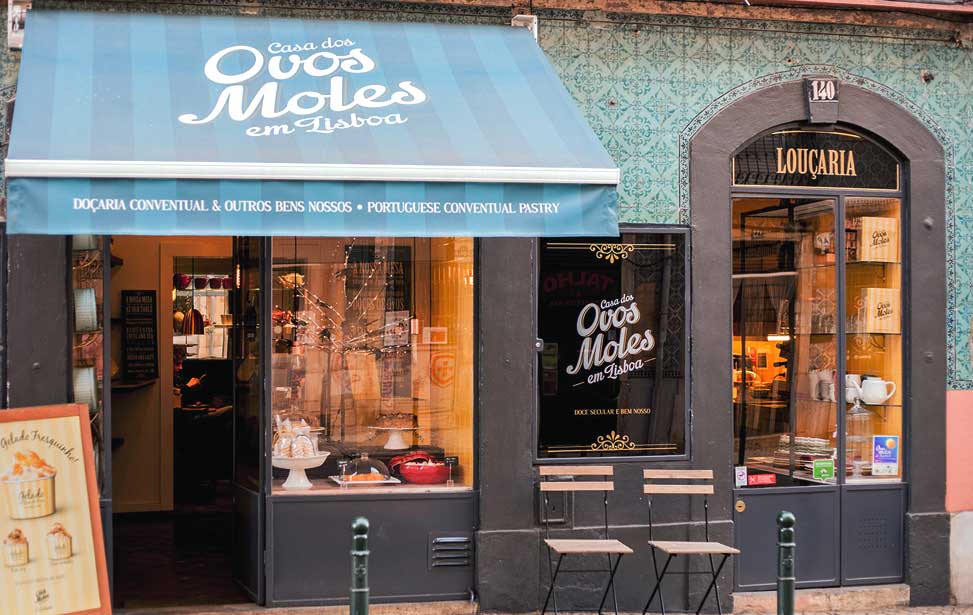 Although named after the eggy sweet from Aveiro, the Casa dos Ovos Moles em Lisboa bakery offers sweets and pastries from all over Portugal. Highlighting the traditions which originate from Franciscan and Dominican Nunneries, their extensive menu is a treasure trove of delight, from "Encharcada" to "Fidalgo", from "Pastel de Tentúgal" to "Toucinho do Céu", as well as a great selection of craft ice creams. The service is typically friendly. Standards are constant over all of their branches. 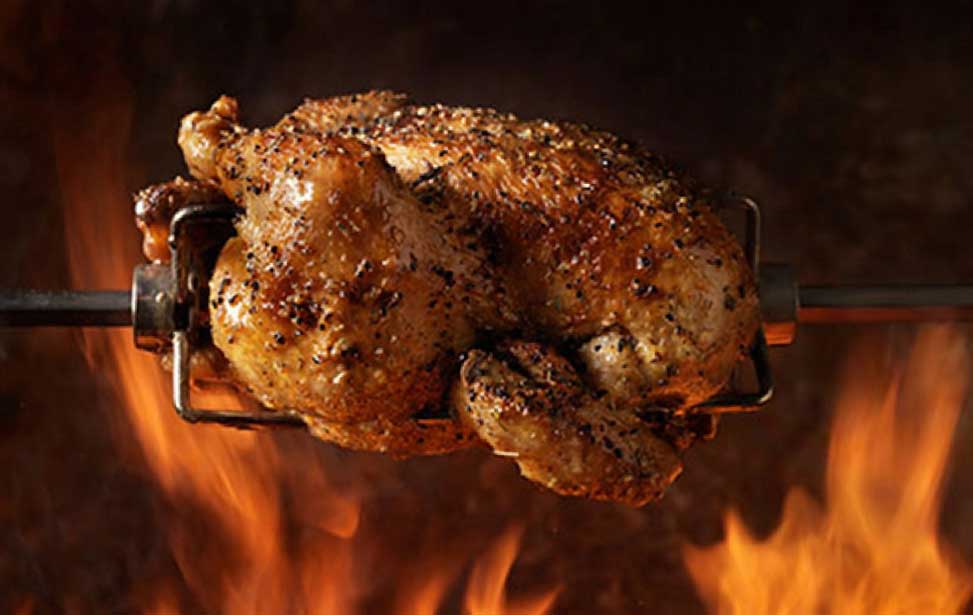 A traditional churrasqueira or BBQ grill serving simple yet amazingly tasty grilled meat and fish, as the steady stream of locals who frequent this establishment would testify. No bells or whistles, just good ol' fashioned grub at a reasonable price. Portions are generous, as are the welcoming smiles which greet you at the door. Look out for their "secretos do porco" - pork chops and grilled chicken.