Separated from Spain by the Minho river, the village of Melgaço sits almost as far north as it's possible in Portugal, set within the serene lush foothills of the Peneda Gerês National Park. The rustic charms of the surrounding forests and vineyards influence greatly the local gastronomy. Most notably are the smoked hams, sausages, kid and sweet "bucho" – and, of cause the famous Alvarinho wines.

Melgaço is also famed for its distinctive Galician handcraft of woollen capes, typical dolls and linen work. As in most of the old towns within this frontier region, the focal point is a castle. Melgaço's castle dates back to the 12th century around which the village emanates. Its small historical centre maintains its original medieval charm with narrow streets, quaint restaurants, leafy squares, monuments, fountains, manor houses and old churches. 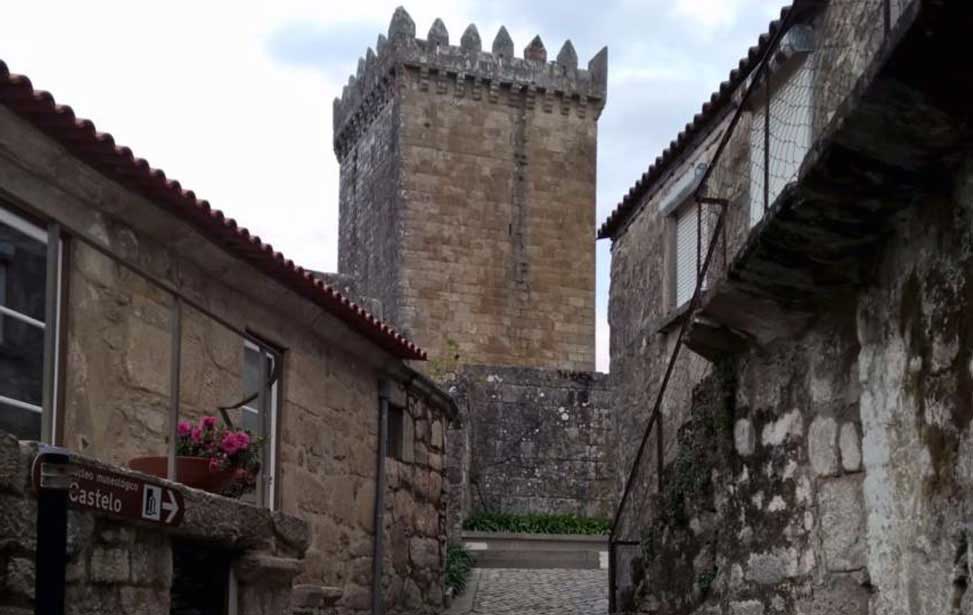 The castle now is mostly an empty shell. Within the old circular walls are three towers which help to reinforce its strength. Through the Portão de Armas gateway, a medieval tower is all that remains of this 12th-century fortress. Built on the highest part of Melgaço, the fortress dominates the town. For a tiny fee, it's possible to climb the stairs of the keep, which houses a small museum, up to the top of the tower rewards you with impressive views over the river Minho and into Spain beyond. On the southern Portuguese side, one is blessed with views over the Peneda Gerês National Park. Atop the tower is a replica bell originally used to warn the residents of Melgaço of an impending invasion.

Originally called the Church of Santa Maria de Porta due to its close proximity to the entrance to the Melgaço fortress, this 17th-century Romanesque church has gone through many transformations during its lifetime. Much of its original layout still exists. Indeed the front and side entrances are original. The main portal is formed of two sets of columns, with capitals decorated with plant motifs. The north side door has a pointed archivolt, supported by two cantilevers, which support a tympanum with a figure of a lion in high relief. On the left wall of the interior, there is an altarpiece dating from the late 16th century carved by Antonio Figueroa.
28 Viela da Matriz, 4960-543 Melgaço, Portugal. | 42° 06' 50.1" N | 08° 15' 33.1" W 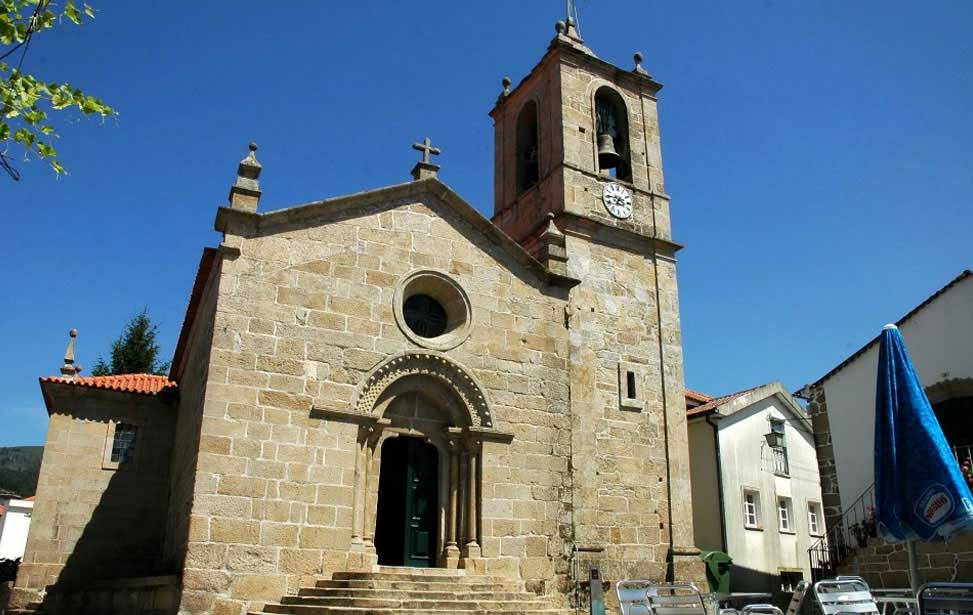 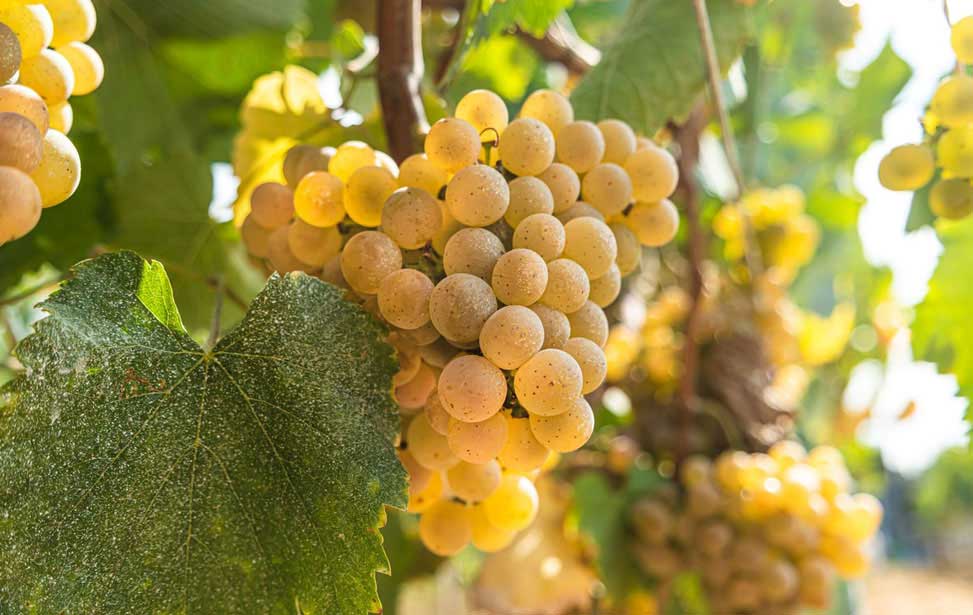 One feature that dominates the landscape around Monção is the multitude of small vineyards. As in other parts of the Minho region, Vinho Verde is produced here, but around Melgaço and Monção it has its own personality. Here they grow the renowned Alvarinho grape (known as Albariño in Spain). In 1989 the area was granted it's own sub-region appellation of Vinho Verde (DO Vinho Verde sub-regiâo Monção & Melgaço). The region's grapes are protected from the damp and cold influences of the Atlantic by cliffs and hills on all sides. The dedication of the wine producers to this grape has resulted in Alvarinho becoming extremely well adapted to the region. It is here that it reveals its full potential, producing wines that are distinguished by their aromatic richness, elegance and flavour complexity. The wine is full-bodied with relatively high alcohol levels and balanced acidity.

At the end of April each year Melgaço attracts wine lovers to its three-day Alvarinho and Meat Festival. During the festival, the region's traditional products, such as the Alvarinho Wine, hams, smoked sausages, bread and honey. Everything will be available for sampling for all those wishing to try these wonderful local delicacies. In a festive atmosphere with plenty of entertainment. During the 20 years of its existence, the event has aimed to affirm and promote the quality of local products, while at the same time promoting tourism in Melgaço. This gastronomic festival has grown to be the most prestigious s in Portugal. |  Website 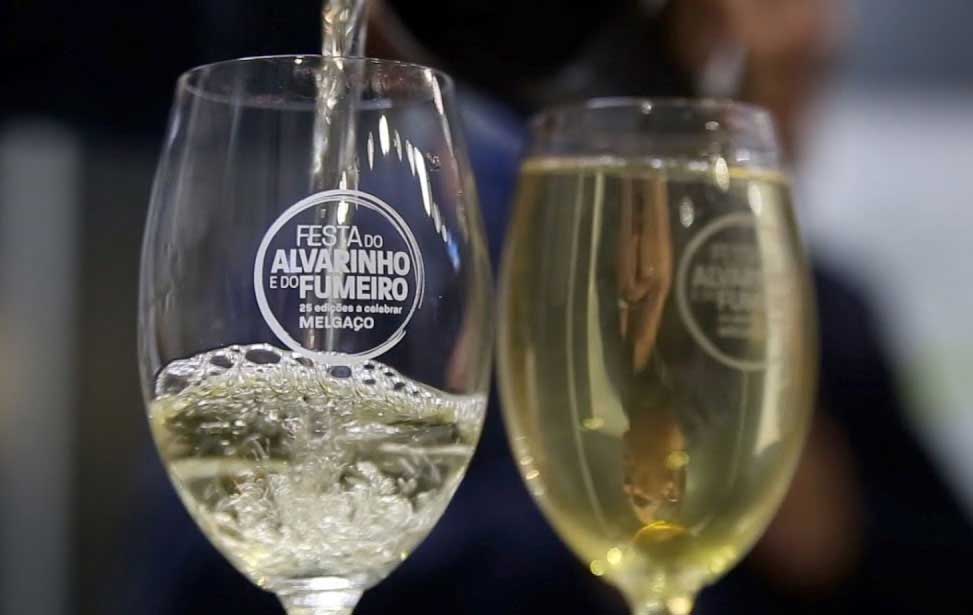 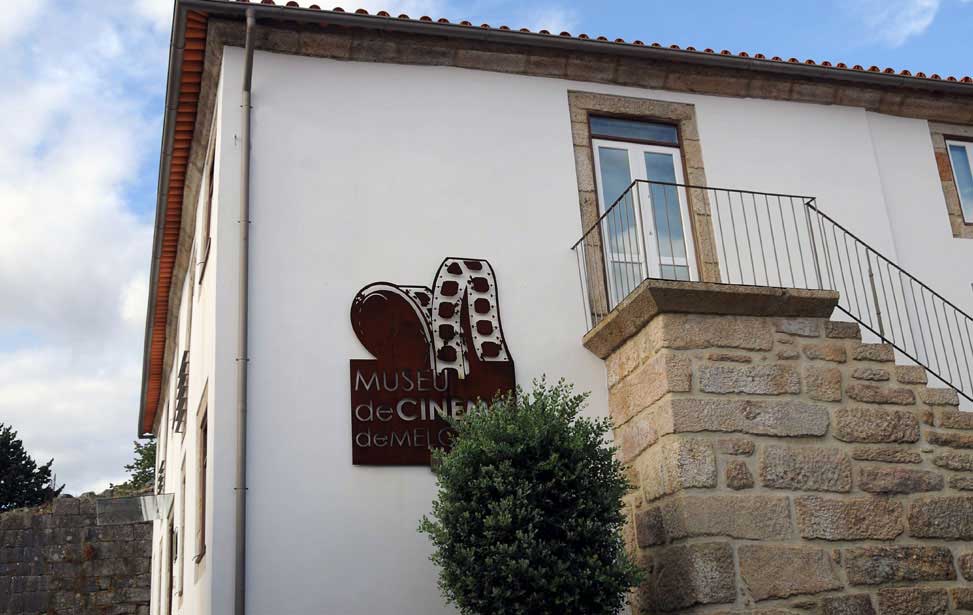 Three decades ago the film critic Jean-Loup Passek, founder of the La Rochelle film festival, donated his extensive collection of movie memorabilia to the town of Melgaço. Passek was enchanted with Melgaço after spending holidays here. The vast array of cinematic objects includes projectors, posters, cameras, and photographs and takes the visitor on an insightful journey through the history of film. The museum also features a small viewing room, its chairs facing a screen hanging in front of the exposed Castle wall. The small screen shows short films from the silent age. Since the museum first opened its doors on the 3rd of June 2005 its collection has grown so huge there are plans to have it all re-housed. 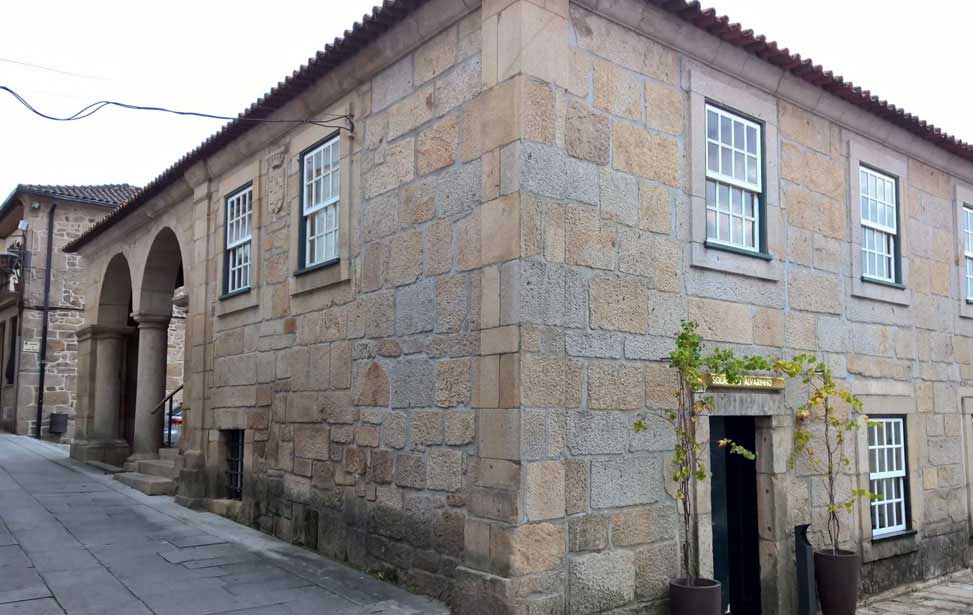 The delights of Alvarinho wine are on display and are available to sample at the Solar do Alvarinho, with a small bar and shop downstairs with a cosy relaxation room upstairs. In the shop you'll find more than just wine, regional products such as smoked hams and sausages, honey, maize bread and handcraft are available for purchase. But it is the Alvarinho wine that takes pride and place here, with dozens of labels available to taste and buy. 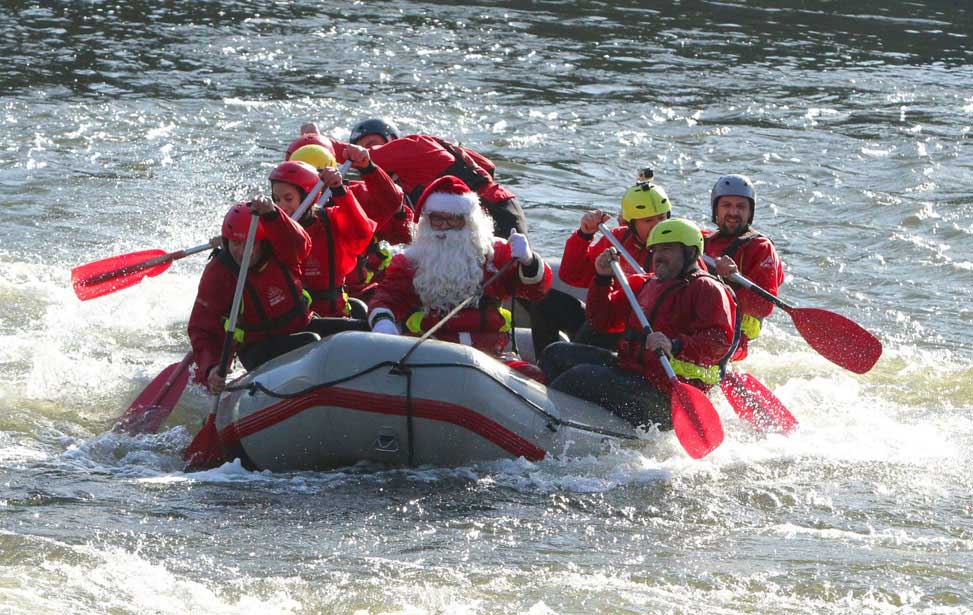 Encounter the beautiful surroundings of the Alto Minho in an exciting way. Melgaço Radical offer a range of exhilarating activities designed to bring you closer to nature whilst experiencing a thrill that is bound to stay in your memory for a very long time. Melgaço Radical use the local terrain to their best advantage; water sports on the river Minho such as rafting, eco-rafting, rafting for kids, hydrospeed, canoeing, whitewater kayaking, canyoning, water walks, diving baptism and a catamaran tour.

For those who wish to remain dry, they utilise the Peneda-Geres Natural Park for activities such as; trekking, orienteering, paintball, horse riding, mountain biking, cultural guided tours, zip wire, pendular jumping and paragliding.

The region of the National Park of Peneda Gerês has housed human occupation since Prehistory. Evidence of this is laid testament by the mêlée of megalithic structures dotted all over the protected area, one of the most impressive of which is the Megalithic Necropolis at Castro Laboreiro.

This Necropolis, one of the largest found in the Iberian Peninsula, is spread over an area of approximately 20 square miles up to the Spanish border. The Trilho do Megalitismo do Planalto de Castro Laboreiro footpath starting at Rodeiro three miles north of the village of Castro Laboreiro and meanders north east eight miles past four separate sets of Megalithic Monuments, those at Alto da Mansão do Guerreiro, Alto do Buscal, Lamas do Rego and Portela do Pau. 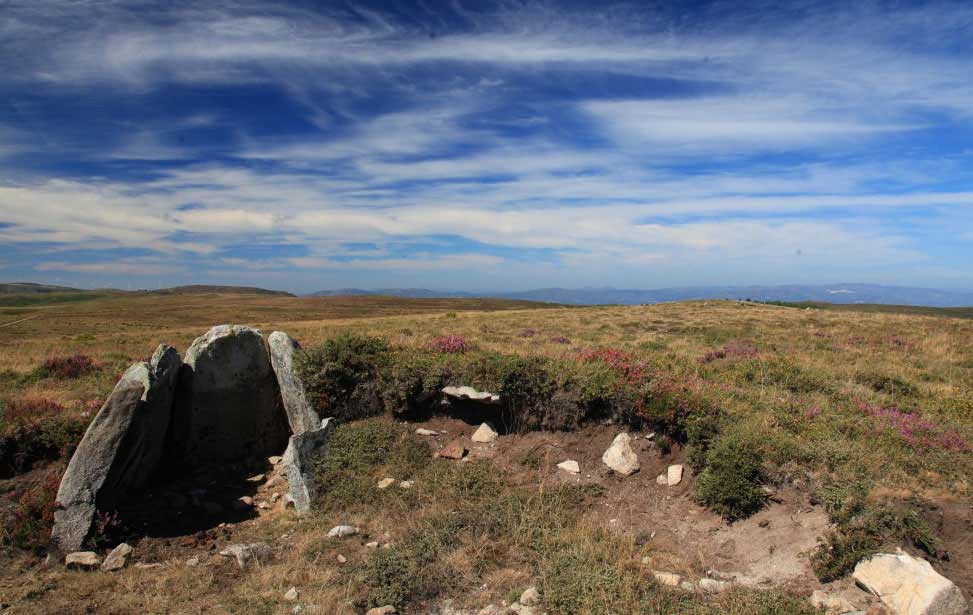 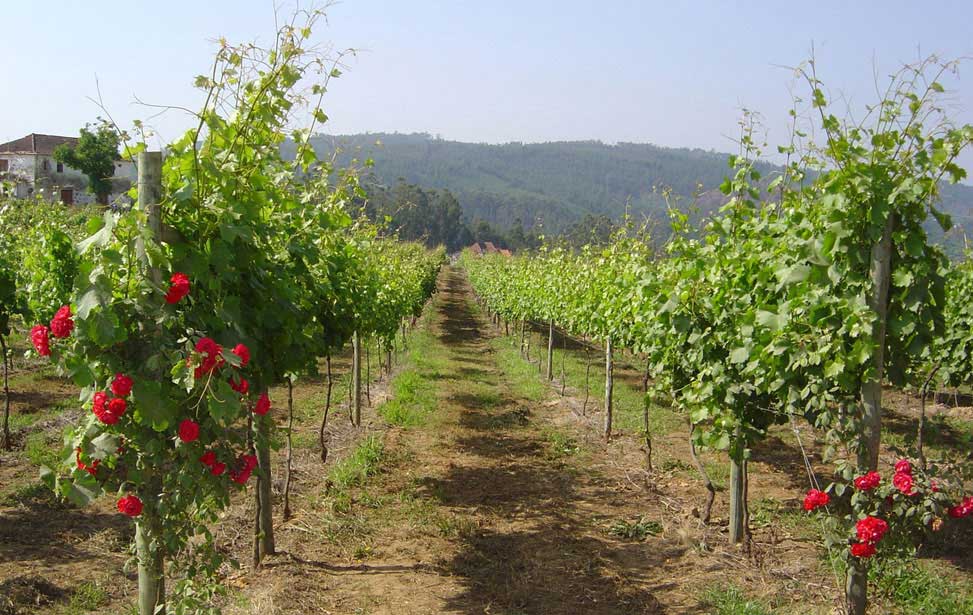 Dive Deep In The Alto Minho

After a morning pick-up at your hotel in Porto, meet your private guide and relax inside a comfortable vehicle. With all the exclusivity and privacy, head towards the north of Portugal, and go to beautiful Viana do Castelo. Enjoy the impressive views of the town, and the historic town centre before going to Ponte de Lima, for lunch. After an unforgettable meal, we will visit the oldest Portugal village. 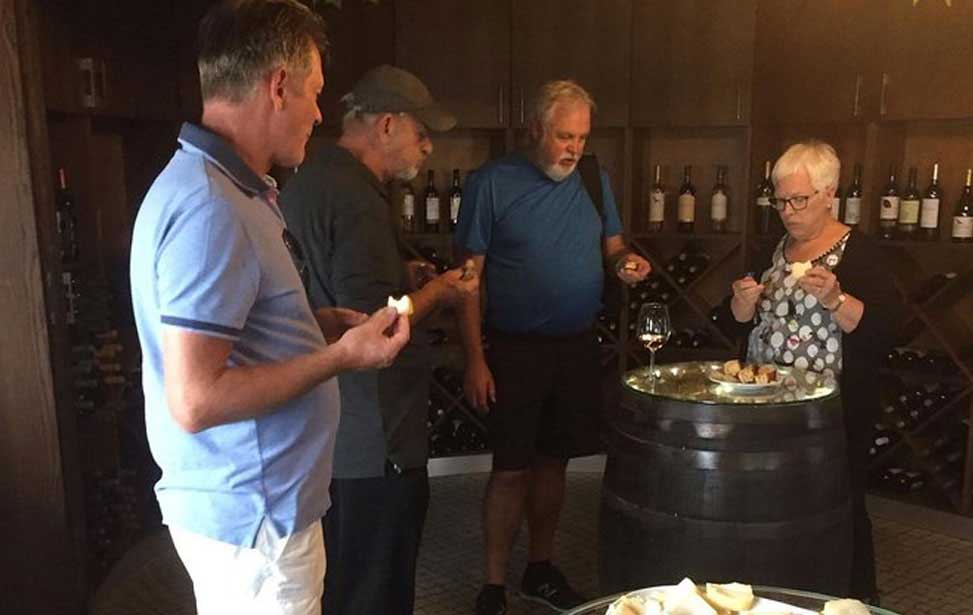 The origin of Alvarinho takes place between the river and the mountain away from the influence of the ocean, one of the conditions favourable to its development. The thermal amplitude at maturation is characterised by hot days and cold nights. This factor contributes to the protection of aromas and to the persistence of flavour, retaining its freshness. Young or more adult, this Vinho Verde always preserves its character when over the years. 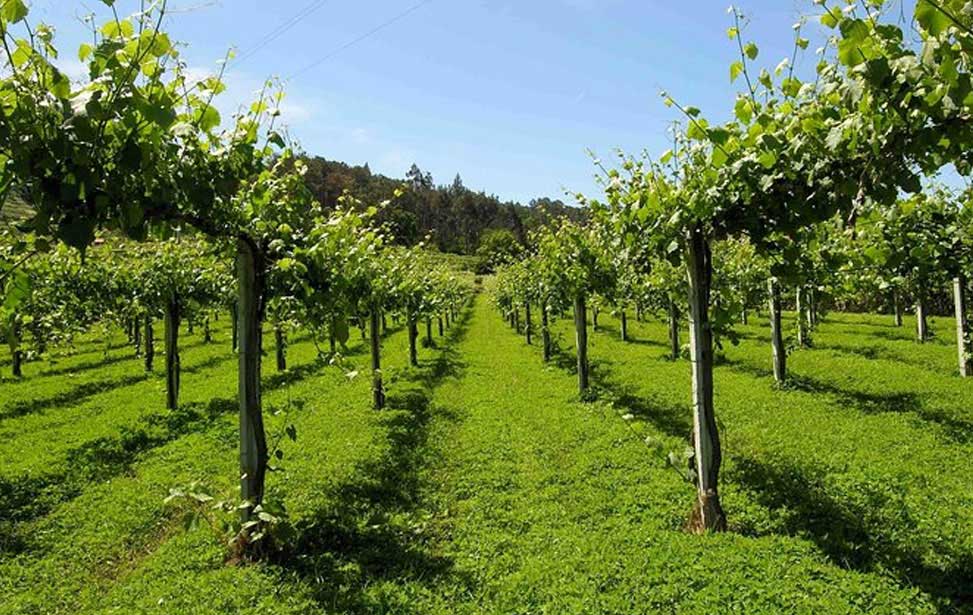 Discover the wine region demarcated back in 1908 and where the most popular types of Portuguese wine is produced: Vinho Verde. We will first show you Ponte de Lima, Portugal's oldest village. After we take you to Monção & Melgaço to try the delicious wines made with the Alvarinho grape, considered the noblest varietal of the region. It’s a Region of old traditions and peculiar looking vines, but also of delicious smoked sausages. 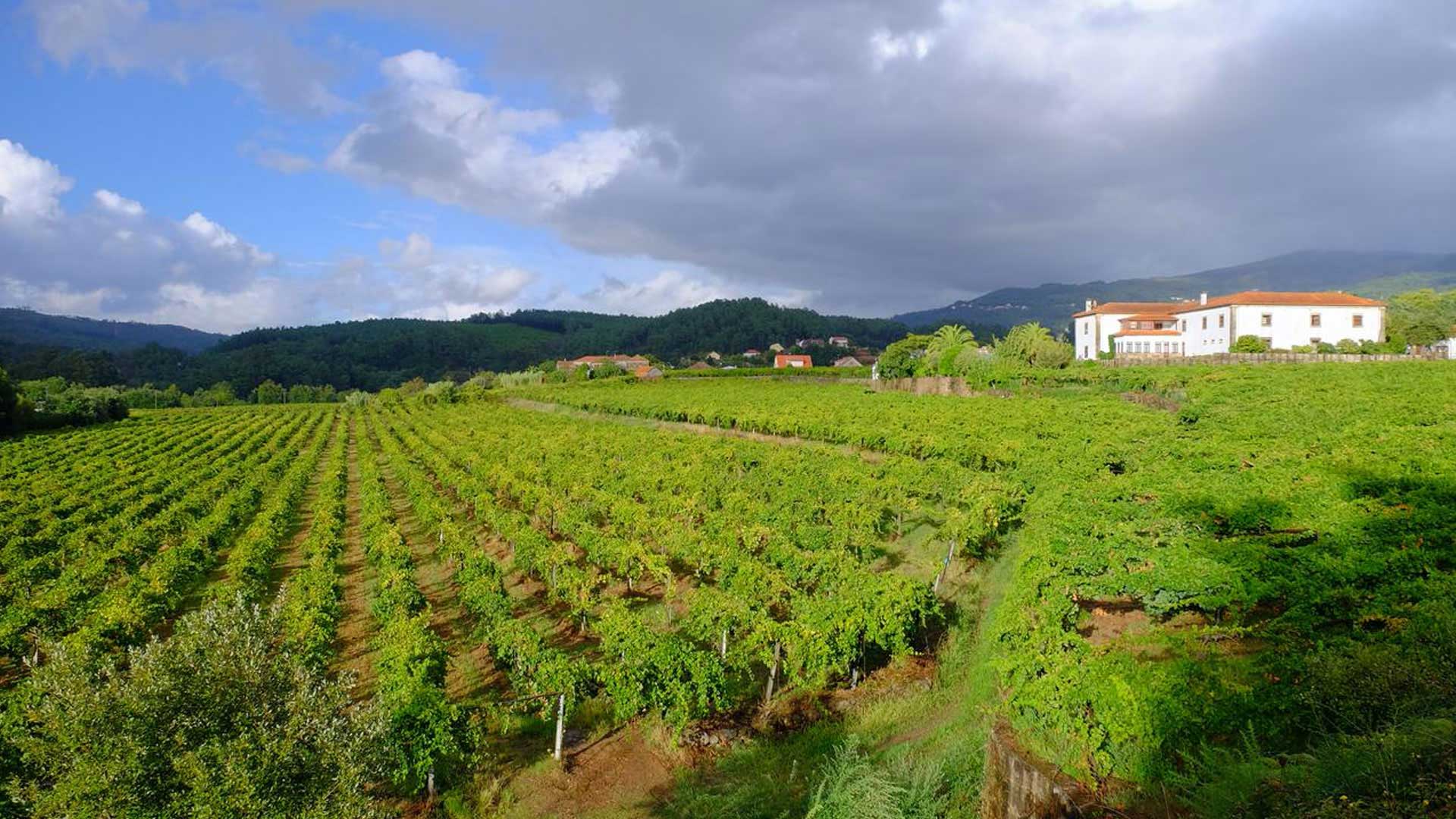 This 17th century manor house has been renovated sensitively to the style of it's original construction and was adapted to accommodate welcomed guests. Two miles west of Melgaço Quinta do Reguengo is also a working vineyard making a well known brand of Alvarinho wine. The vineyard adds to it's charm situated as it is in the foot hills of the Peneda-Gerês National Park. The hotel has a capacity for 150 people yet maintains a homely atmosphere. The bar is open until midnight. The winery is open for visits and wine tastings. Wines are produced from Alvarinho grapes notorious locally for its high quality. Reguengo de Melgaço wines have obtained recognition in Portugal and globally. 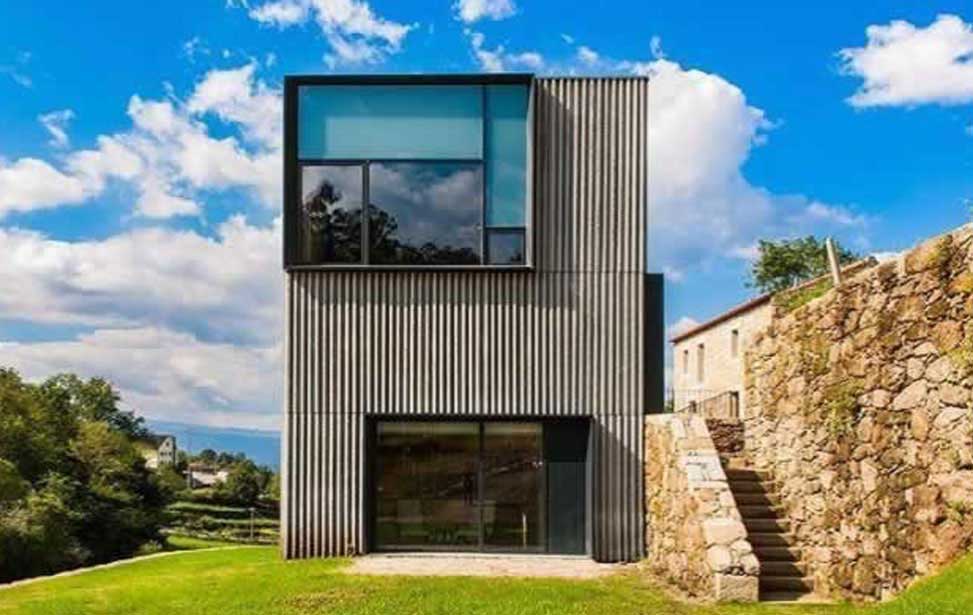 All houses/villas are air conditioned and include a seating area and a dining area. There is also a kitchen, fitted with a dishwasher. An oven, a microwave and toaster are also available, as well as a coffee machine. There is a private bathroom with a bath and bidet in every house. Bed linen is supplied. Melgaço Alvarinho Houses also includes a barbecue. 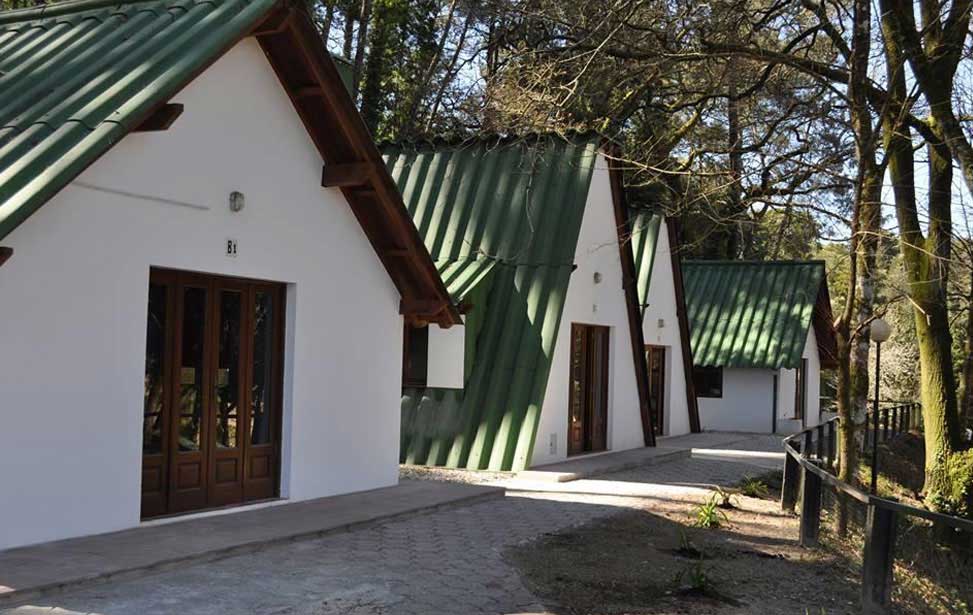 Located in a tranquil environment close to the spa resort Parque de Campismo Termas offers relaxation and a closeness to nature. At Parque de Campismo Termas do Peso there are stationary and mobile accommodation available. Their bungalows are available in two sizes, large which accommodates up to six people and a smaller three person version. All fully fitted with kitchen appliances, bathrooms with showers, central heating, free WIFI and cleaning services. 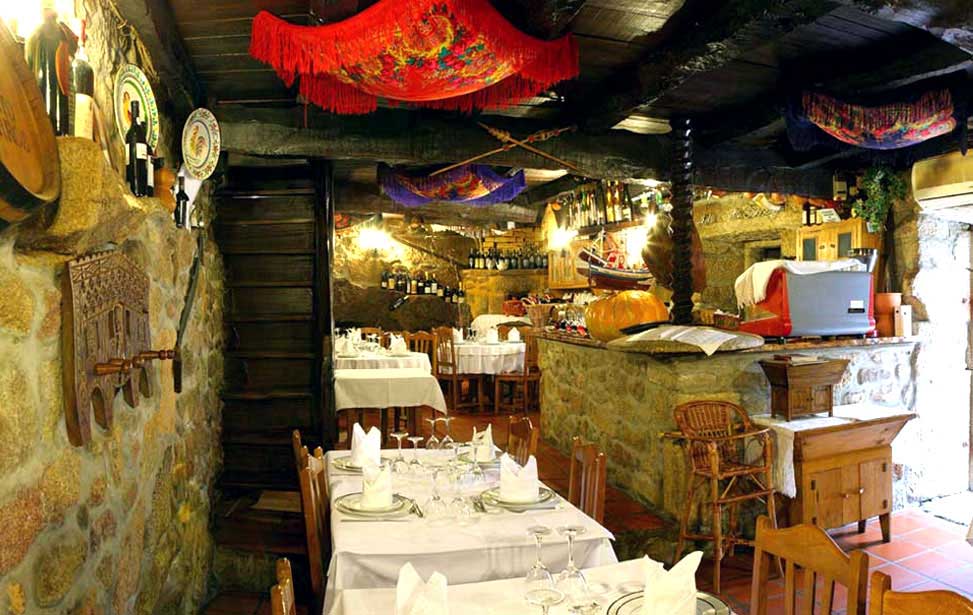 Located out of town close to the Termas do Peso, this atmospheric restaurant offer excellent quality local cuisine in a typically Minhotan non-pretentious manner. Housed within granite walls and a wooden ceiling adorned with local ornaments. You're welcomed and looked after by friendly, smiling and helpful staff. Portions are generally for two people unless ordered as a meio doce (half portion). Adega do Sossego also have their own wine label produced by the wine maker António José Lopes Meleiro Castro available in Alvarinho (white), Red and Espumante (sparkling), all three are excellent and compliments perfectly the high quality of the food served here. Old family recipes dominate handed down from three generations. 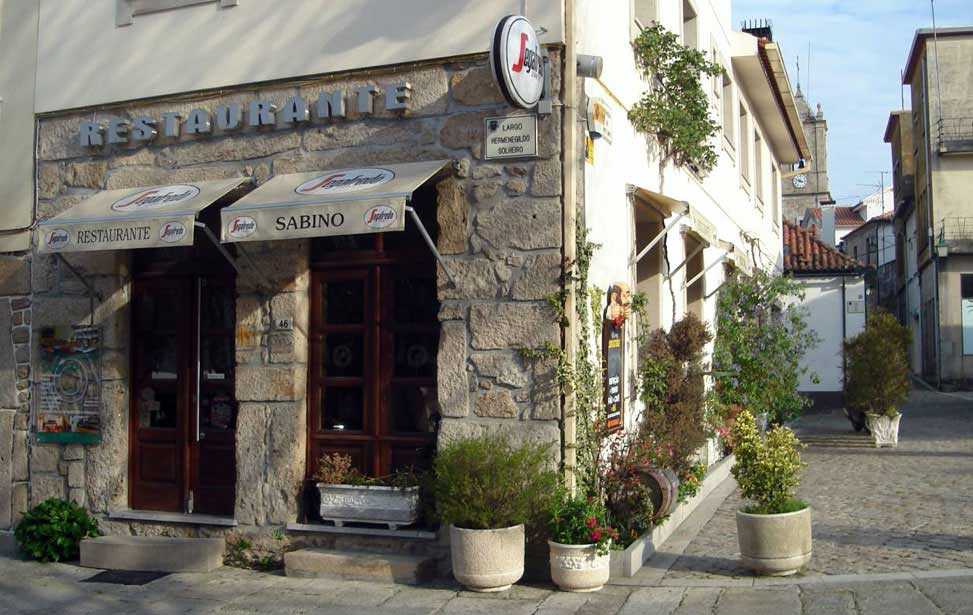 Located in the heart of the historical part of Melgaço offering local cuisine at reasonable prices. Served in a friendly atmosphere and by friendly staff. 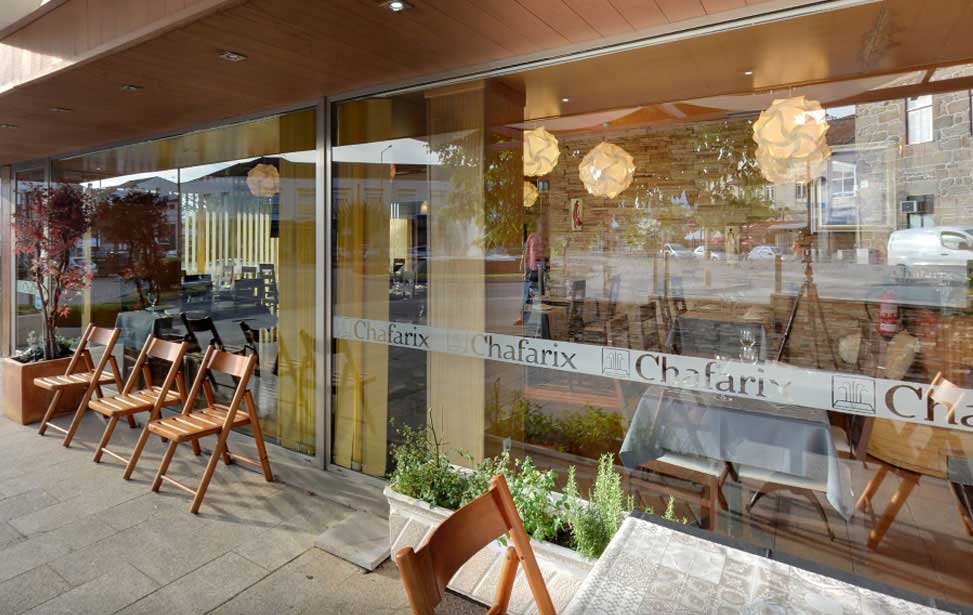 Located in the heart of the historical part of Melgaço offering local cuisine at reasonable prices. Served in a space with great ambiance and by attentive staff.