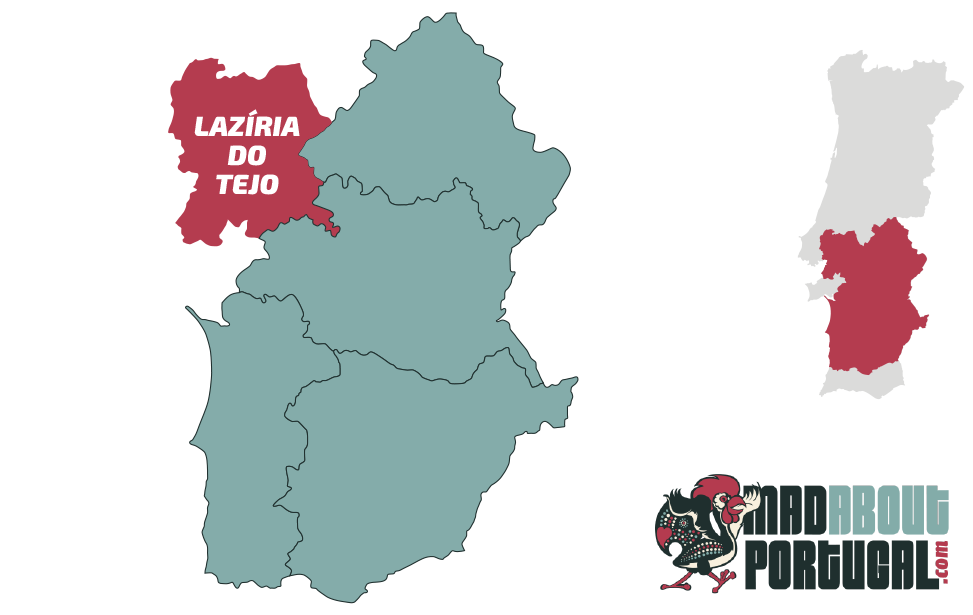 The region called Lezíria do Tejo today is still referred to by many by its former name, Ribtejo. The landscape is flat and green, an agricultural heartland, a stark contrast to the arid Alentejo regions to the south. Lezíria do Tejo is the flood plain of the mighty river Tejo (Tagus) and is steeped in tradition. Here you will find breeders of the famous Lusitanian horses, bullfighting and a wine region growing in global appreciation. Portugal's cowboys, the campinos herd cattle and still dress in their traditional costume of green stocking caps, black knee breeches and a vibrant red waistcoat. The southern regions are fertile and where the largest estates can be found concentrating on wheat, olives, cork-oaks and animal husbandry. The north is more mountainous and drier. It is here farmsteads are smaller and produce figs, wine and citrus fruit.

Many of its small towns host energetic traditional festivals and celebrations following the harvest. Lezíria do Tejo has no border with Spain or a coastline. However, during the middle ages, the area was the frontline in the Reconquista against the Moors. Fairy-tale-like castles still stand where there was once a long line of defence across the land. 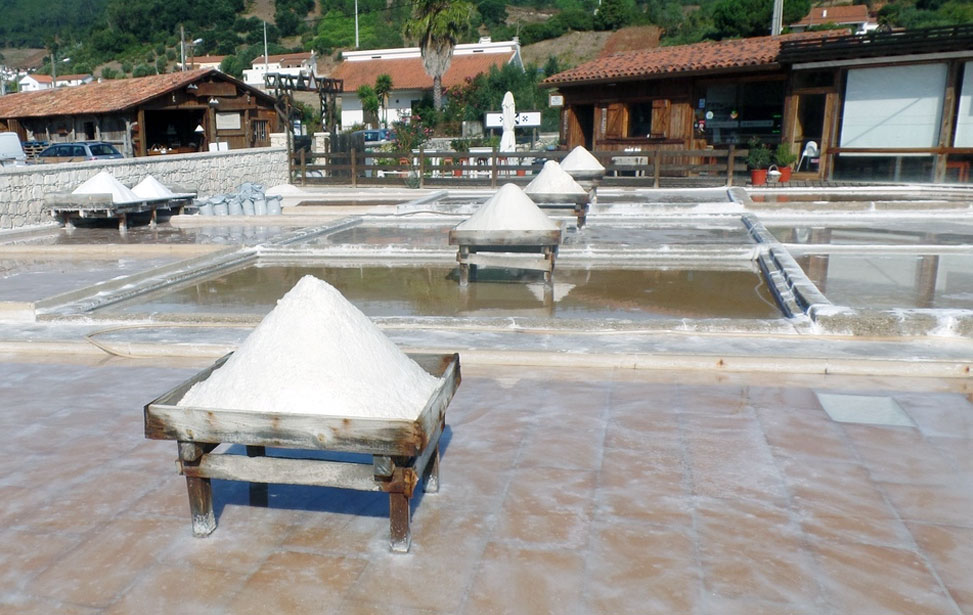 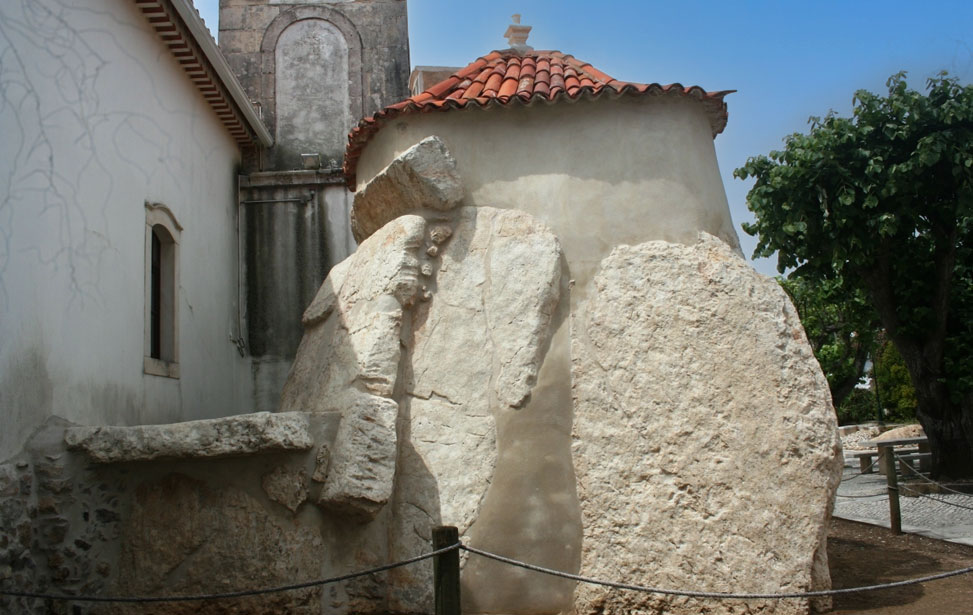 Rio Maior is found in the North East of the Lezíria do Tejo at the foot of the Natural Park of Serra d'Aire and Candeeiros. Renowned for curious geological features such as caves and salt flats. Evidence of Paleolithic, Neolithic, Roman and Arabic occupation can be found scattered across the landscape.

The sight of heaps of salt on land so far from the ocean seems unusual. Saline is trapped in the rocks below the ground well up to the surface to feed the salt pans. The salty waters are seven times saltier than seawater and are the remnants of an ancient ocean. There is a tourist office onsite where you can buy entrance tickets. There are also gift shops where you can purchase the salt and a choice of eateries.
Estr. das Salinas, 2040-133 Rio Maior, Portugal. | 39° 21' 52.2" N | 08° 56' 40.1" W

The Roman villa at Rio Maior was only unearthed in the 1990s. The ancient house dates back to the 4th Century AD. The site is an interesting example of luxury Roman living. Of particular interest are the well-preserved mosaic floors. There are baths and a temple at the site waiting to be excavated. There is a visitors centre and you can walk over the ruins within a newly built enclosure.
Rua Doutor Francisco Barbosa, 2040, Rio Maior, Portugal. | 39° 19' 58.5" N | 08° 56' 22.4" W

North of Rio Maior in the village of Alcobertas is a large dolmen that has been incorporated into a structure of the parish church. The dolmen dates back at least 4000 years with a chamber accessed via a corridor of granite stones. In the 15th century, a church was built around the ancient tomb where it now forms a side chapel with the addition of a small altar and tiled roof.
24 Av. da Igreja, 2040-015, Portugal. | 39° 25' 06.6" N | 08° 54' 12.9" W

The Serra dos Candeeiros is potted with caves and one of the best ones to visit is the Gruta de Alcobertas. Its four chambers are prized for their geological features as well as from an anthropological aspect. The caves were inhabited by ancient humans and remains have been found dating from the end of the Neolithic period, around 4,000 years ago. Gruta das, Alcobertas, Portugal. | 39° 25' 49.3" N | 08° 54' 57.0" W

Santarém is the regional capital of the Ribatejo and sits perched high upon its vantage point overlooking the Tejo valley. Santarém is one of the oldest settlements in Portugal. Named Scalabis, it was an important commercial centre of the Roman province of Lusitania. The Moors renamed the town Chanterein and also took advantage of the town's strategic position and strengthened the town's defences. They thought of themselves as unconquerable until Afonso Henriques with his hoard of foreign Crusaders took the town in 1147. Although nothing from the Roman or Moorish periods survives in Santarém. The wealth obtained during the middle-ages has resulted in a pleasant old town with interesting old churches, regal palaces, quaint little squares and narrow medieval streets to warrant a visit, if not a home for a few days. Local traditions are alive and well in Santarém, bullfighting is still practised and the best horses in Portugal are bred here. Campinos with their distinctive costume still herd cattle on large estates. Folk dancing, especially the fandango, is enjoyed in the region's many festivals and local produce is savoured in festivals and markets. [ More About ► ] 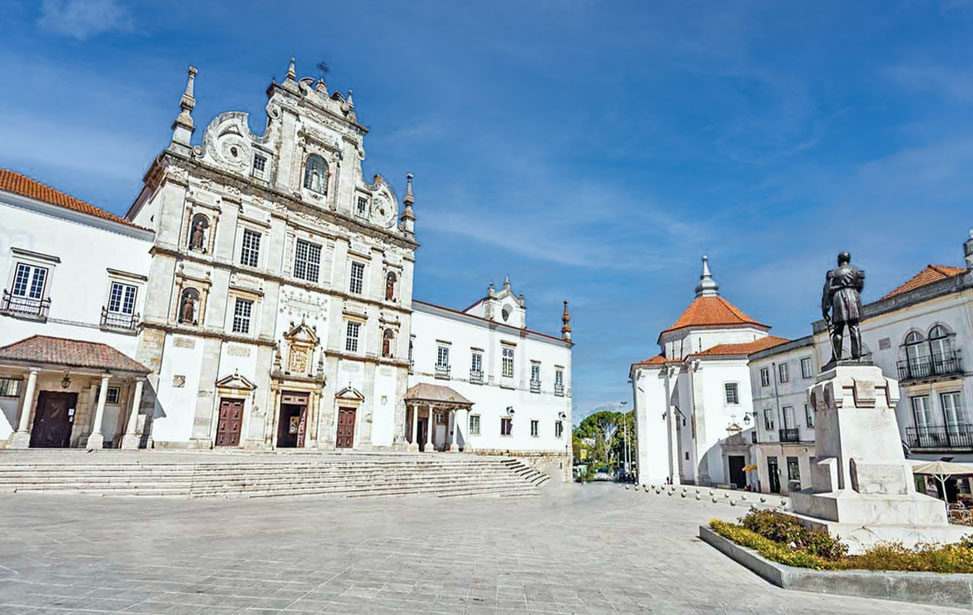 Immerse yourself in the atmosphere of traditional Portugal, soak up the breath of this topical flavour, and spend the whole day as the locals. Have fun enjoying the scenery, splashing in the ocean, tasting the wine, trying the delicious cuisine of the most popular restaurant and enjoy the hospitality of the locals. A better place than the Ribatejo region you will not find.You can head directly to the meeting point in Lisbon, or request a direct pickup.

With this private tour, we intend to give you an experience of a lifetime with our professional suggestions and thus provide you with an amazing day in Tomar and the Ribatejo region. You will have the opportunity to choose between the best spots, gastronomy and historical sites available and organize a tour that best suits your wishes and needs. The private tours are designed to be more flexible so they can be adapted and customised in order to meet your needs and interests, our suggestions will result in an itinerary tailored to suit you. Hotel pickup and drop-off 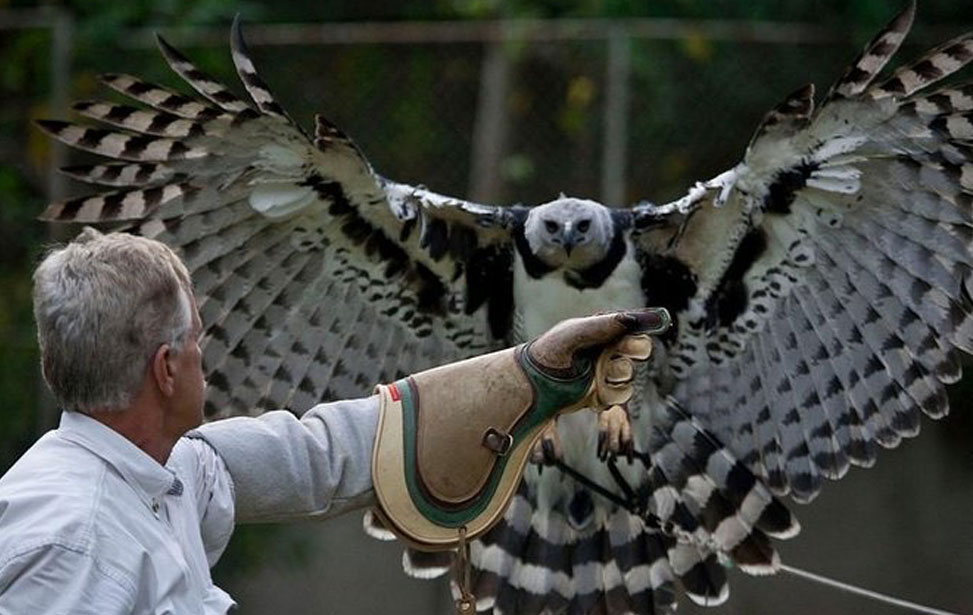 Visit the Rio Maior "Salinas", the only place in Portugal where there is salt and no sea. From there, we'll go to Santarém "Portas do Sol", a lovely garden, at the Santarém Wall, where we can take wonderful photos. After, we will go to Salvaterra de Magos, where we will visit the Royal Falconry and some other interesting spots. Escaroupim, a small fishing village will be the next port of call. Somewhere in between, we will enjoy lunch. Lisbon hotel pickup and drop-off. 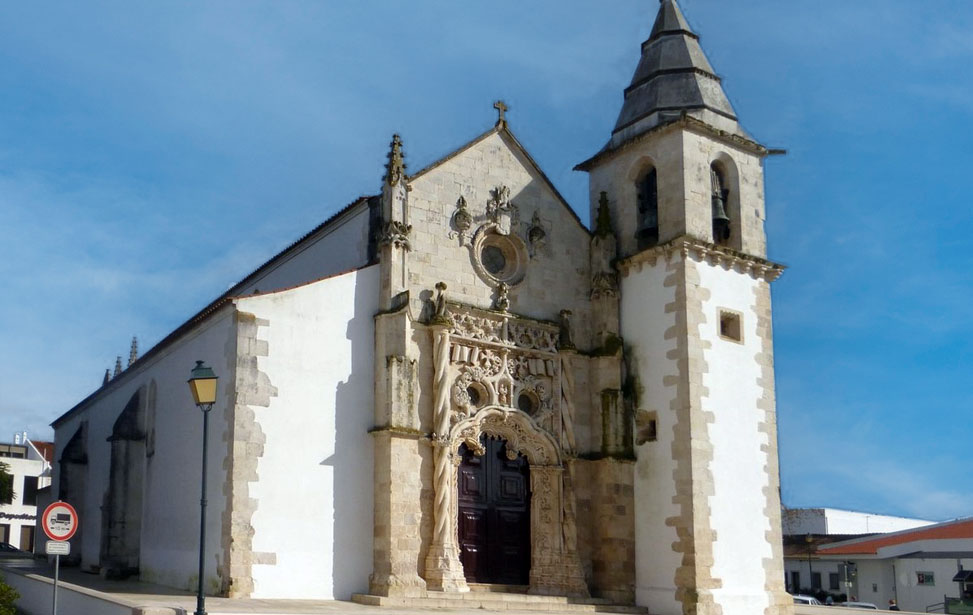 Halfway between Tomar and Santarém the pleasant riverside town of Golegã is famed for being Portugal's Horse Capital. Every year the Feira Nacional do Cavalo (Horse Festival) is held in the first two weeks each November. The festival also includes running bulls through the streets. Grilled chicken is washed down with copious amounts of Água-pé, a diluted wine.

In the heart of town is the sixteenth-century Igreja Matriz with has an impressive Manueline portal. The façade of the church faces the town's pillory and town hall. The Riachos-Torres Novas-Golega train station is over four kilometres from the centre of town.

Thirty kilometres (20mi) east of Beja rests this sleepy quintessentially Alentejan border town. Its proximity to Spain, has over the centuries, precipitated the need for substantial fortifications. At the highest point of the town, sits the remains of a castle that has seen more than its fair share of action. The labyrinth of medieval narrow cobbled streets lined with brightly whitewashed houses occasionally open up into charming squares. Located on high ground a few miles from the Guadiana river Serpa is known to have been settled long before Roman times.

One of the greatest pleasures of Serpa is simply strolling around the ancient meandering streets of the old town contained within medieval walls and absorbing its sleepy atmosphere. In the late 13th century, soon after the border with Castile had finally been established, Serpa was awarded its first charter and took on the role of a frontier town. It was throughout this period, during the reign of King Dinis, that the Castle was strengthened and the perimeter ramparts were built. Originally these formidable walls contained five entry gates, of which only two now remain, the Moura and Beja Gates.

Centre of the Serpa old town is the Praça da República the best place to have a spot of lunch and enjoy the relaxed atmosphere. Outside the oldtown walls to the south is the well landscaped Jardim Abade Correia da Serra public gardens where one can see ancient olive trees and enjoy some shade. The Museu Etnográfico presents an engaging narrative of the evolving economic activity of the area, with displays of agricultural tools, olive presses and regional costume. [ More About ► ] 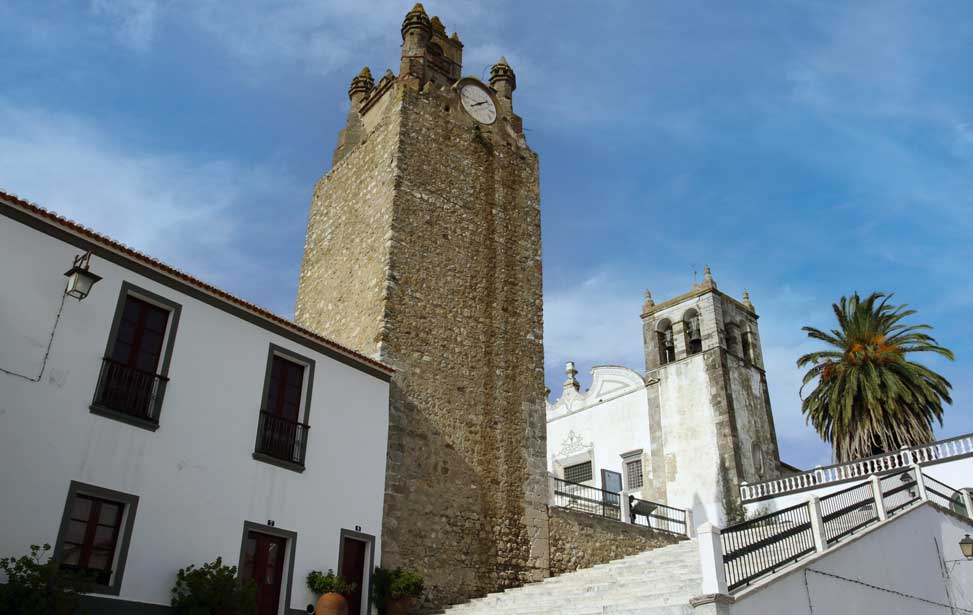 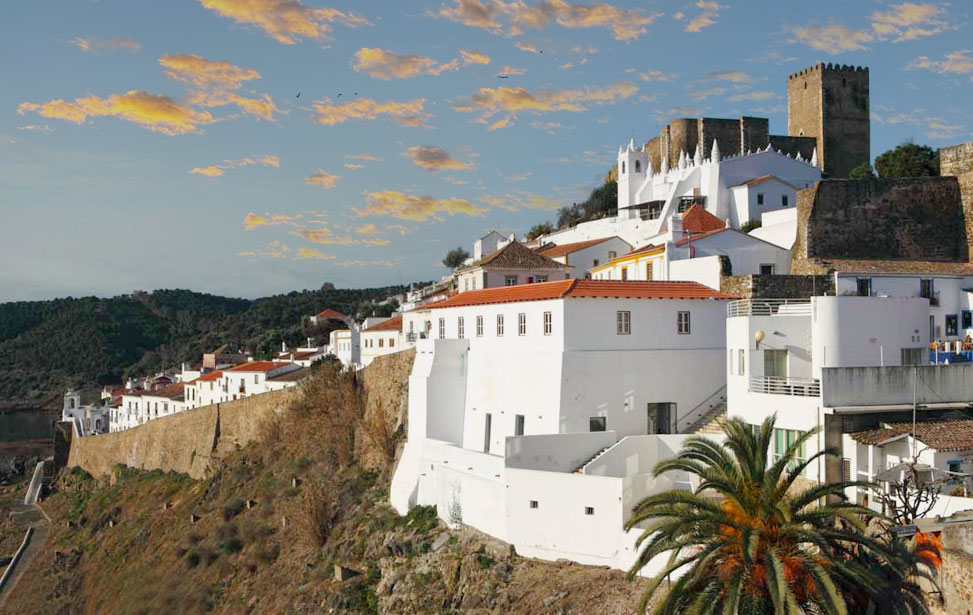 Surmounted on the slopes above the Guadiana river, its tributary the Oreias, at an elevation of 85 metres (280ft) is the beautiful town of Mértola. The Romans has a settlement here which they called Mirtilis. The Moors were here too who recognised the strategic quality of the town and created formidable defences. Located 56 km (41mi) upstream from where the Guadian meets the sea at Vila Real de Santo António, Mértola is the most inland port on the river. The town gained wealth and importance as the region's trading hub for the region's mineral riches. Following a period of decline, Mértola has been lovingly restored and operates as a living museum and a champion of traditional arts and crafts.

Occupying the high ground in town overlooking the valley below is the castle and remains of the old walled town. The current castle was built in the 13th-Century on the foundations of a Moorish citadel (alcáçova), which in turn was constructed over a Roman fortress. A small fee gets you through the arched gateway and winding entrance into the inner ward overlooked by the mighty keep (Torre de Menagem). Inside there's a pleasant museum that exhibits a collection of architectural artefacts dating from between the 6th and 10th centuries BC. The keep maintains some vestiges of its Moorish origins and a climb to the top will be rewarded with breathtaking views. [ More About ► ] 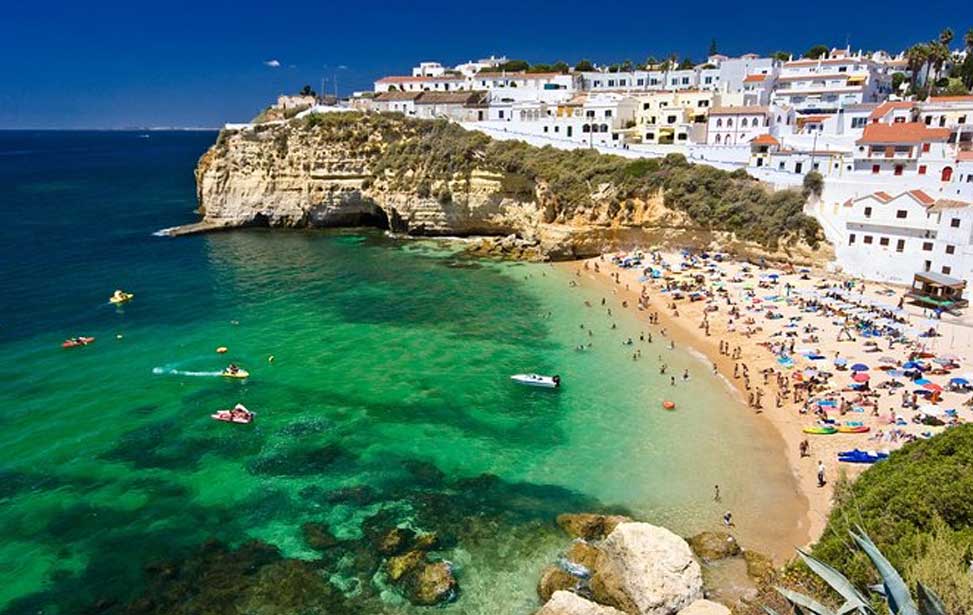 Explore southern Portugal’s most epic landmarks on this immersive four-day trip, departing from Lisbon by coach. With the help of your expert guide, tour the charismatic villages of Sagres, Évora, Lagos, Beja and Setúbal. While many travellers spend their time in Portugal's famous cities, get a dose of the laid-back and beautiful south on this trip. Go with your guide to Sé de Évora Cathedral and St Francis Church in UNESCO World Heritage-listed Évora, and discover the São Vicente Fortress in Sagres. Stroll picturesque countrysides and enjoy time on your own. Admire the stunning views of the dramatic Algarve coast, including the Ponta da Piedade cliff, Praia da Rocha beach in Portimão, and Serra da Arrábida Natural Park on this unforgettable hassle-free getaway. Transport by comfortable, air-conditioned coach. Three nights of accommodation in a superior-class hotel and three breakfasts are included. 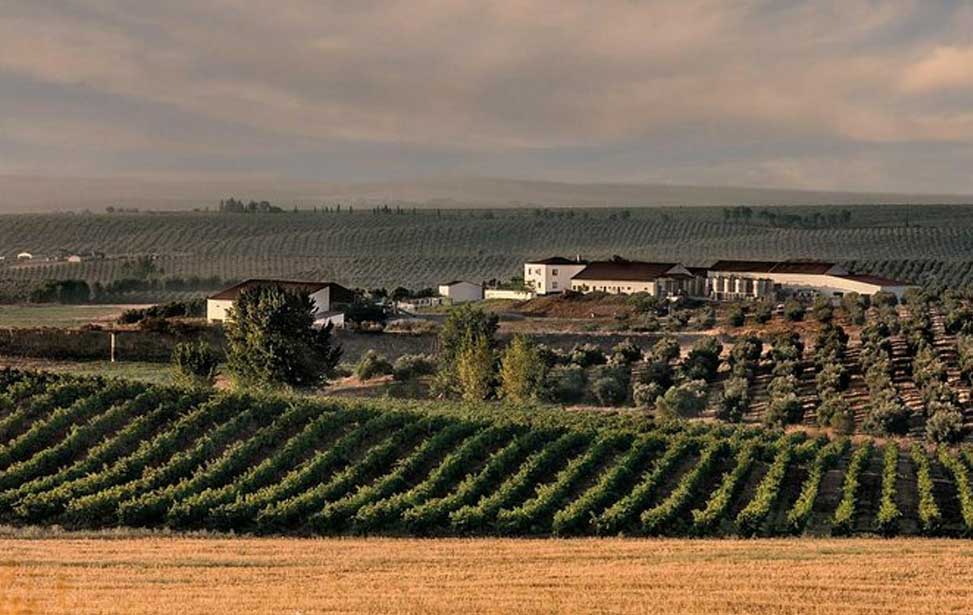 Alentejo Wine Tour from the Algarve

Known for its natural beauty and excellent wine scene, Alentejo is a region worth discovering—and this full-day, private tour from the Algarve makes exploring simple. Following pickup from your hotel, head into the countryside and admire the scenery as you go. Over the course of the day, you’ll enjoy tours and tastings at two of Alentejo’s highlight wineries. In between, you’ll also enjoy a restorative, traditional meal at a local restaurant. 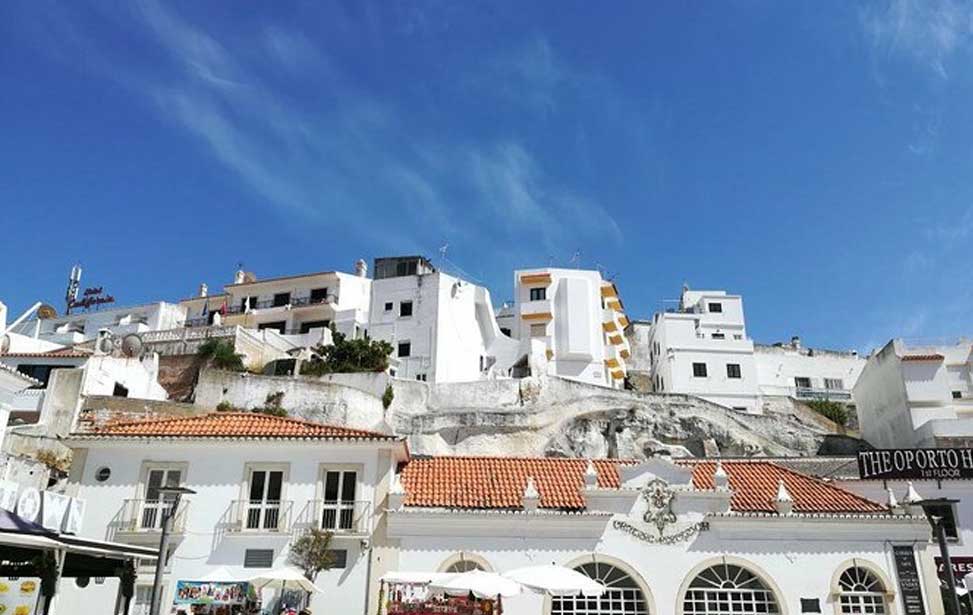 Four Days in South of Portugal

Join this four-day guaranteed departure tour and discover the history and natural beauty of Portugal through the country’s medieval-walled cities, authentic villages, and fantastic natural parks. We begin this memorable Portuguese adventure in the bustling capital, Lisbon and drive southwards until we arrive in Évora, a captivating UNESCO World Heritage Site. Explore the narrow streets, visit its main landmarks, and indulge in the Portuguese cuisine at the local market. We continue the tour with visiting sunny Algarve, where you can discover charming Sagres and the cosmopolitan city of Lagos. Then, prepare yourself for a spectacular route over the Arrabida Mountain Range a Natural Park with magnificent scenery and uncommon vegetation, located at the gates of Lisbon, our final destination.

TRAVELLING TO AND AROUND THE BAIXO ALENTEJO 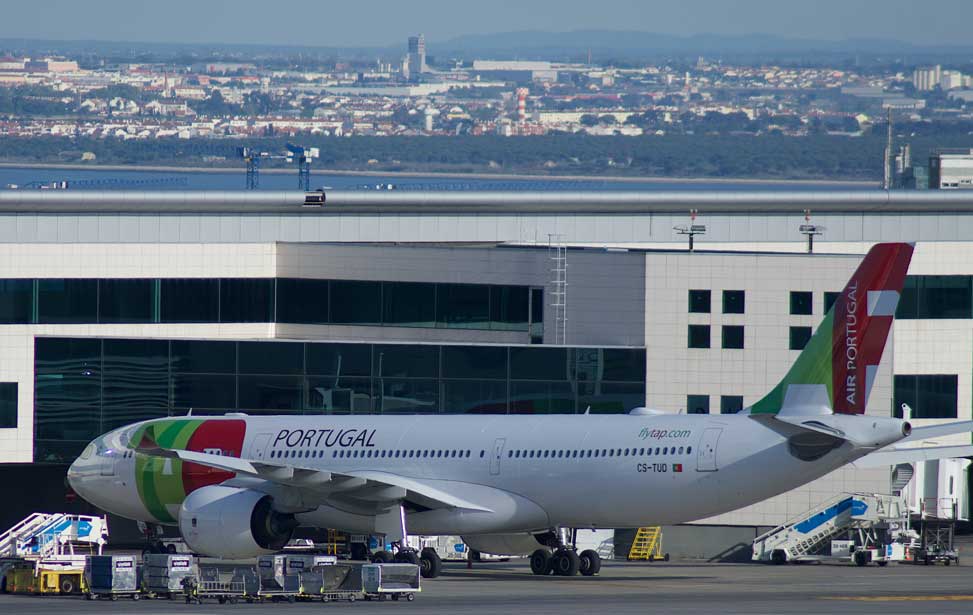 GET A GREAT HOTEL DEAL 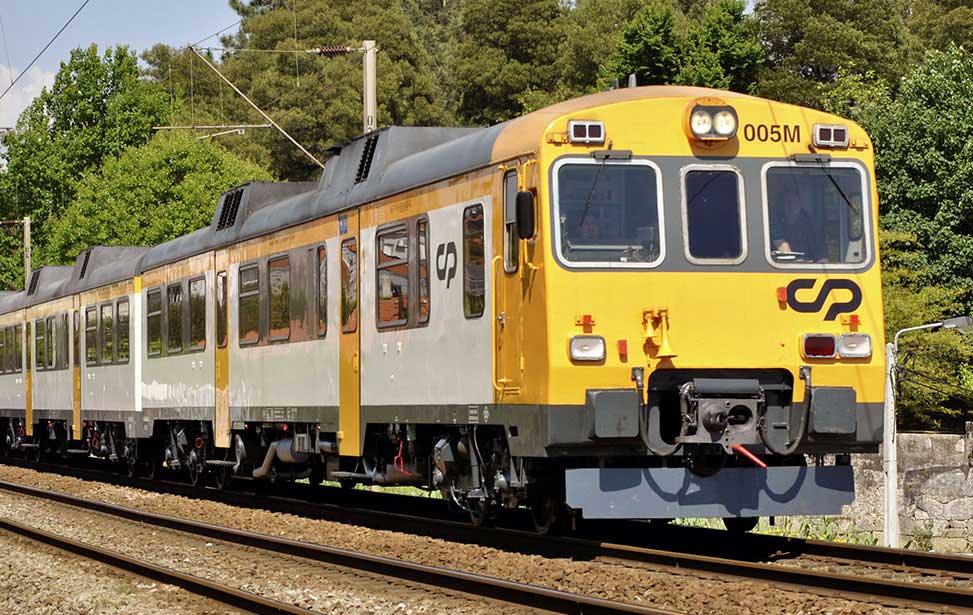 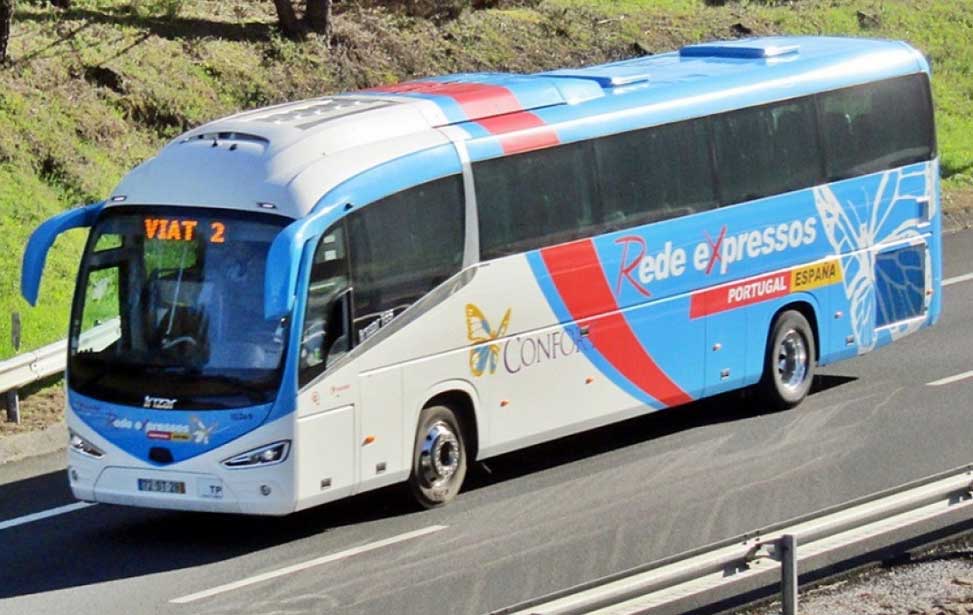