From a vantage point of an elevation of 1056 metres (3465ft), Portugal's highest town played a strategic role for successive civilisations; The Romans, Visigoths, and Moors, before becoming a decisive sentinel settlement for the Portuguese. Its tactical importance earned the town its name, Guarda meaning "to guard". The current town was established by the second king of Portugal, Dom Sancho I, in the 12th Century and many of its original defensive ramparts still remain, including three gates. It continued as a bastion against invaders right up to the 1800s. Guardas fortifications were utilised by the Duke of Wellington against the French during the Peninsular War.

Today Guarda serves as an excellent base for ramblers and adventure seekers wishing to explore the Serra da Estrela, Portugal's highest mainland mountain. Throughout the region many picturesque hilltop villages and castles are within easy reach, such as Seia, Manteigas, Figueira do Castelo, Pinhel and Almeida. Others come here to marvel at the spectacular beauty of the National Park, the wildlife and spectacular views. Also, people come here in winter to enjoy skiing in Portugal's only ski resort at Serra da Estrela's highest peak at Torre. 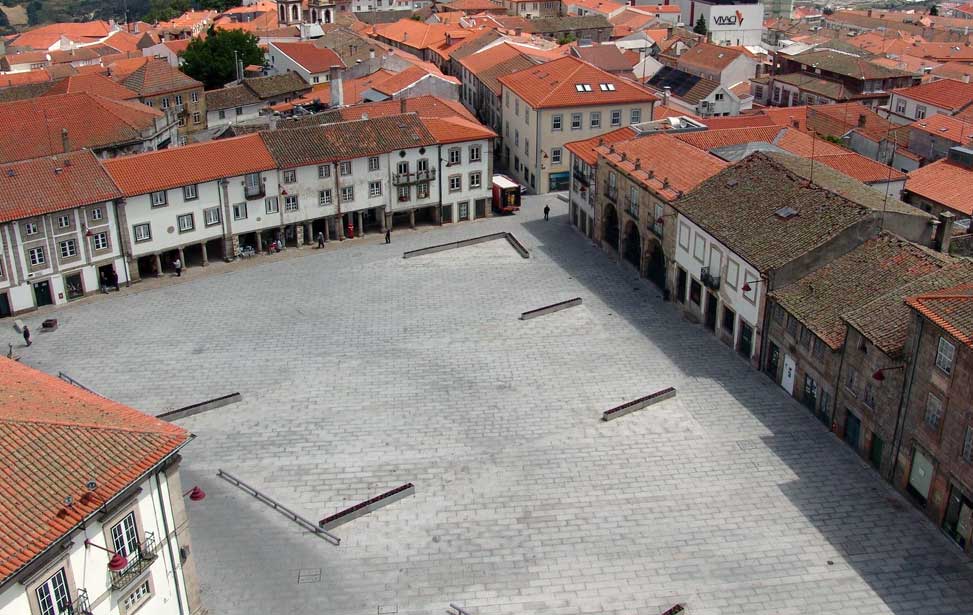 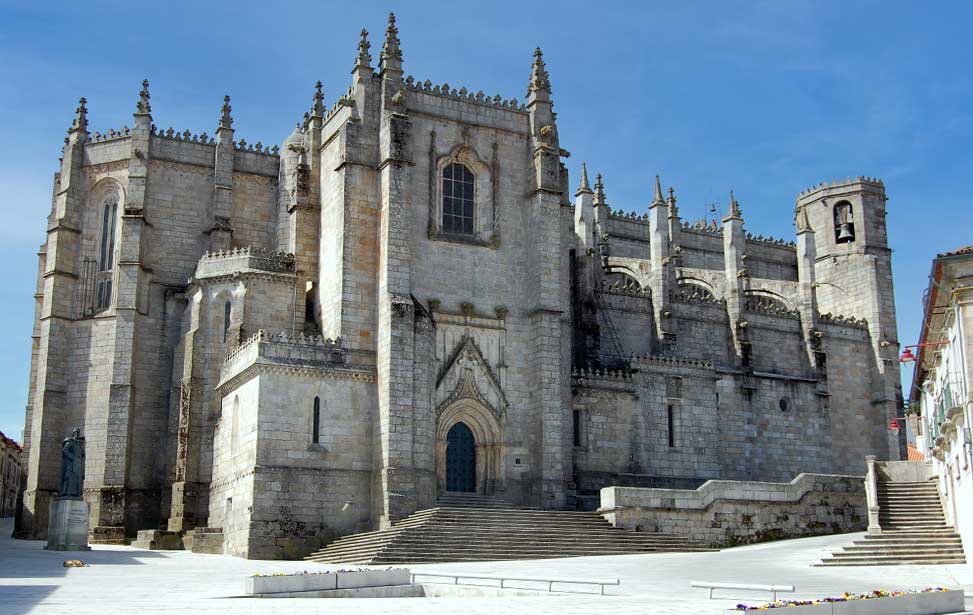 The ancient town walls define the perimeter of Guarda's old town (Centro Histórico). They originate from the 13th Century and have seen various upgrades over subsequent centuries. Access to the historic centre traditionally is gained through the old city gates. The most impressive remaining gate is the Torre dos Ferreiros which is topped by a tall tower. Once passed through the Torre dos Ferreiros a short stroll along the narrow Rua da Torre leads to Praça Luís de Camões.

Guarda’s central square has managed to preserve its original medieval character. The square is lined with loggia-fronted shops selling local handicrafts, a few cafés and the Guarda visitor centre. Dominated in one corner of the Praça Luís de Camões is Guarda's impressive cathedral with a statue of Sancho I standing guard outside.

Within the centre of town, Guarda's Gothic Cathedral dominates the skyline. Construction started in the 14th Century, during the reign of D. João I, at the request of Dom Vasco, the Bishop of Lamego, to replace the original Romanesque church. During the next 200 years, its appearance acquired many changing architectural styles, including Gothic, Renaissance, and Manueline. In the early 15th century the apse was built and construction began on the gothic nave, drawing on influences from the great abbey at Batalha. The exterior displays great sobriety marked by two massive octagonal towers that give it the appearance of a Church-Fortress, typical of an era in which Portugal's great cathedrals also represented an affirmation of nationality. By 1540 most of the construction work had been completed, including the Renaissance-style Pina Chapel, which served as a burial site for João de Pina, treasurer of the cathedral.

The ceiling is supported by twisted pillars and arched vaulting. Its masterpiece Renaissance altar is carved from white marble by French sculptor João de Ruão, gilded in the 18th century with 100 high-relief figures. Since this time more enrichments were added to the cathedral such as a Baroque-styled organ, only to be removed again during renovation work in the 19th century in view to restoring it to the cathedral's original Gothic/Manueline appearance.

As with other Beiras towns, Guarda once had a thriving Jewish community who lived within their own district or "Judiaria". In Guarda, their presence can be traced back to the 13th century. King Dom Dinis gave a Royal charter to the Jewish communities of São Vicente parish. This dynamic Jewish community offered a wide range of services to the local economy. Jewish tradesmen included: tailors, shoemakers, tanners, blacksmiths, weavers, groomers, physicists, surgeons, goldsmiths and carpenters. Before the shameful Inquisition of the 15th century, it's believed the Judiaria housed up to 850 souls. Inhabitants were forced to leave the country, convert to Catholicism or suffer an even worse fate. For those who became "New Christians," their doorframes were inscribed with crosses symbolising the Christianisation of the home. Many can still be seen today. The old Judiaria is located close to the Porta D'El Rei and remains very well preserved. A walk through these narrow cobble streets feels like a true step back in time.

On the highest part of Guarda sits the remains of a castle keep, the Torre de Menagem. It is built in an irregular pentagonal profile and sits on a granite outcrop. A stairway ascends from the centre and the views are well worth the effort climbing to the top. There's a small museum inside. 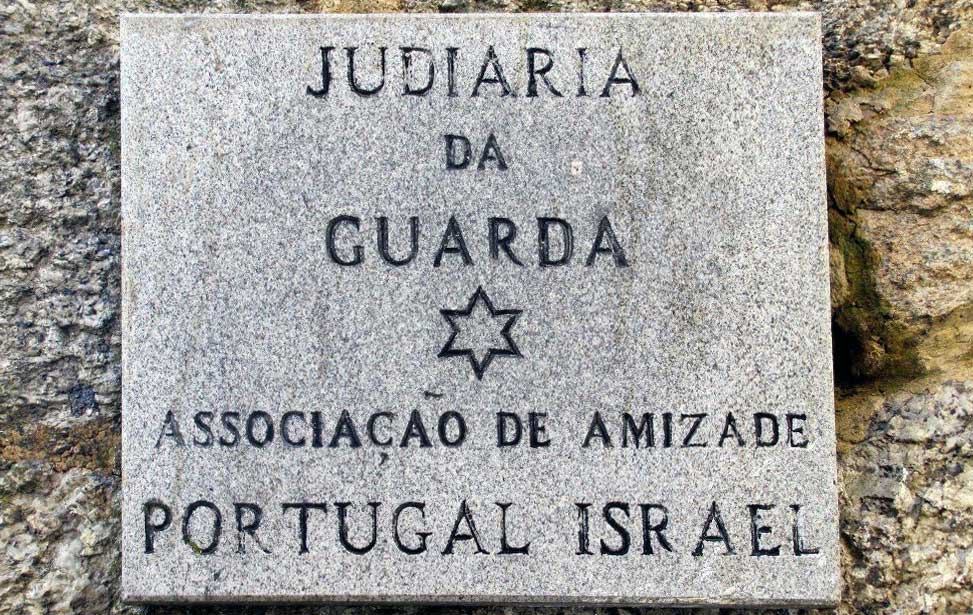 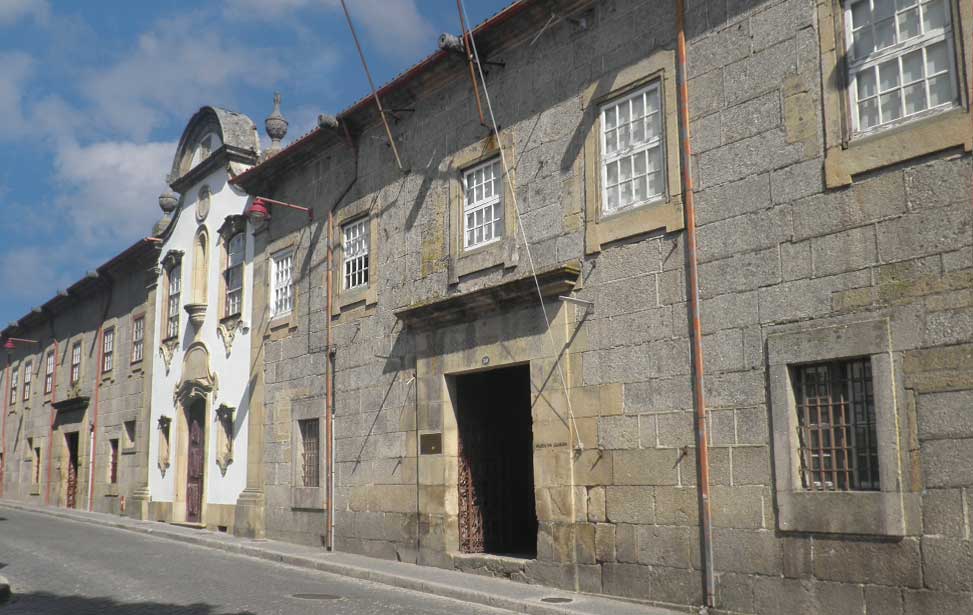 Guarda's museum was founded in 1940 and is located within a former episcopal palace. This insightful museum takes you on a chronological journey through time focusing on the cultural history of the city and surrounding areas. Within the fine 17th-century building there are more than 4,800 artefacts dating from Guarda's earliest origins.

The museum is categorised into various areas according to a theme, including geography, economy, traditional garments, crafts and folk art. Exhibits include archaeological artefacts dating from pre-roman times, religious art, ceramics, 19th-century paintings and antique firearms. 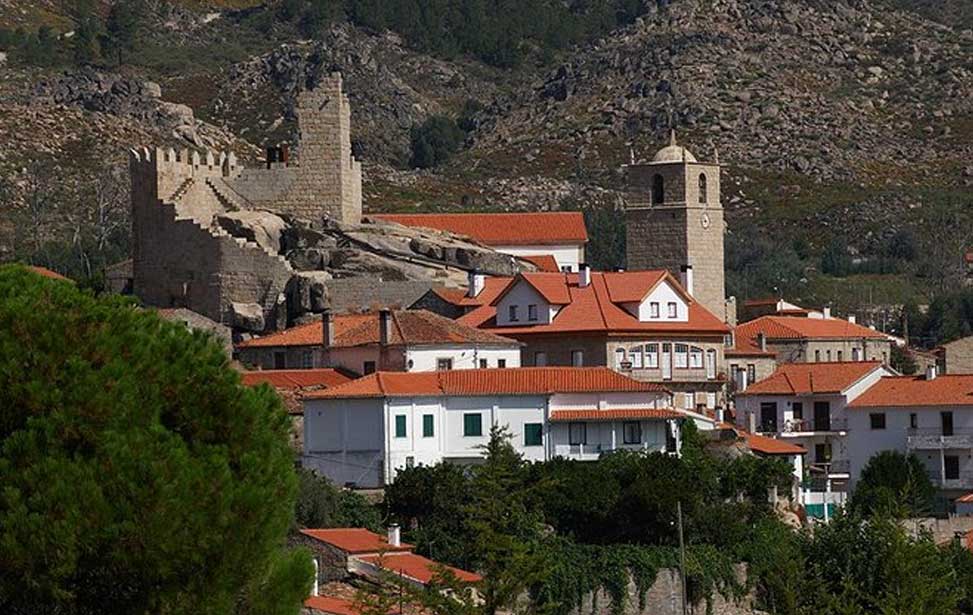 The mountain province of Beira Baixa is known for its spectacular scenery, forested valley, rivers, and quaint villages. Renting a car and driving on unfamiliar mountain roads can be a daunting experience for a first-time visitor, so avoid the stress by opting for a private tour instead. Discover ancient villages you likely wouldn’t find alone, find out about the region’s history, and enjoy having a picnic-style lunch included.
• Enjoy the luxury of having a private driver for the day
• A tasty picnic lunch is included
• Incredible views of Beira Baixa mountains and villages
• Great for history and architecture fans
• See Castelo Novo Historical Site 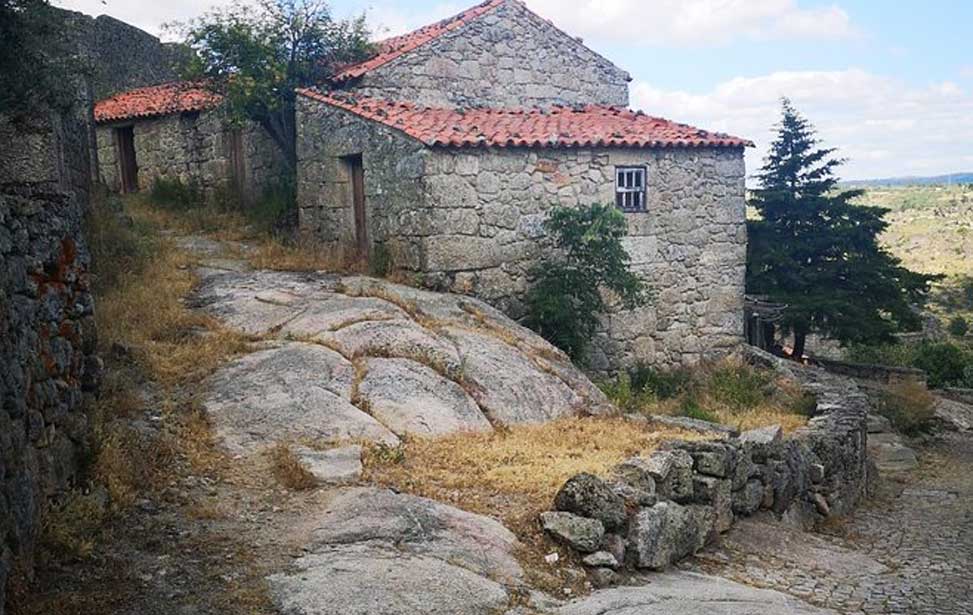 Steep yourself into the rich history of Aldeias on this full-day historical tour. Immerse in Northern Portugal’s storied villages with the help of a knowledgeable bi-lingual guide. Visit Celorico da Beira and Linhares da Beira, where your guide will illuminate their culture for you. Learn about Rome’s influence on the stone architecture and paved roads and also see the Castle of Linhares and the equally stunning Church of Santa Maria. This is a great opportunity for any history buff or intrepid traveller.
• A full-day historical tour of Aldeias
• Learn about the origins of Portugal
• Discover quaint stone houses and winding country roads
• Get to know the culture of this charming place
• See the Castle of Linhares and Church of Santa Maria. 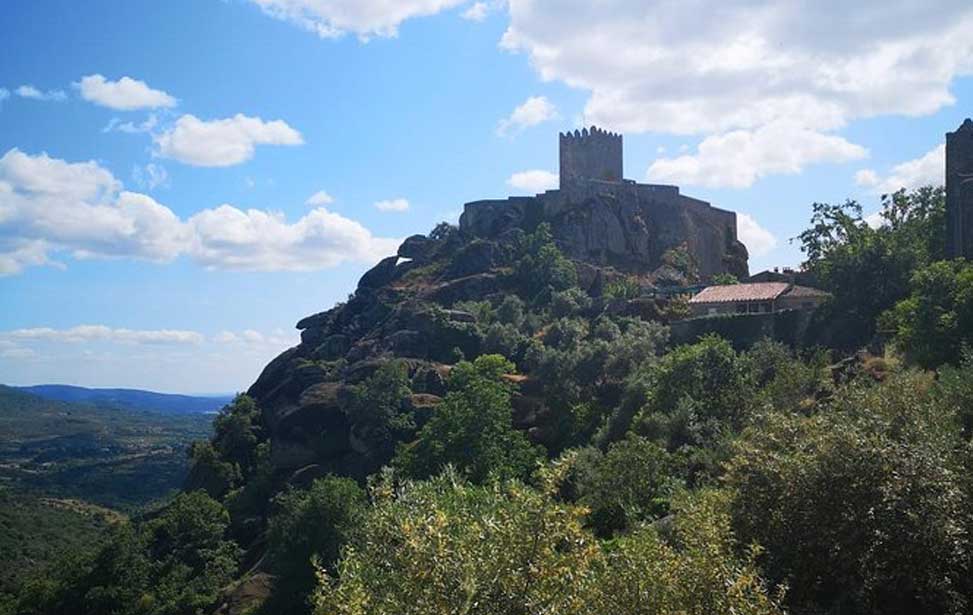 Take the opportunity to discover the most impressive historic villages within Portugal. Visit this treasure inside Portugal, so well preserved. Untouched natural and historical beauty that will leave you breathless. Get into contact with the local people and find out how Portuguese people really are. Enjoy this tour on luxury private transportation at your own pace.
• Choose from various Lisbon pick-up points
• Belmonte
• Sortelha

One of Guardas oldest monuments is located outside the centre of town in an urban area. The exact date of the chapel is open for conjecture but the architectural style suggests the chapel dates from the 11th-12th century, prior to the Moorish occupation. This robust granite Romanesque chapel is an ancient place of pilgrimage en route to Santiago de Compostela in Spain. There is some interesting artistic feature found in the interior including the columns featuring medieval anthropomorphic motifs. Roman ruins have recently been unearthed next to the chapel. 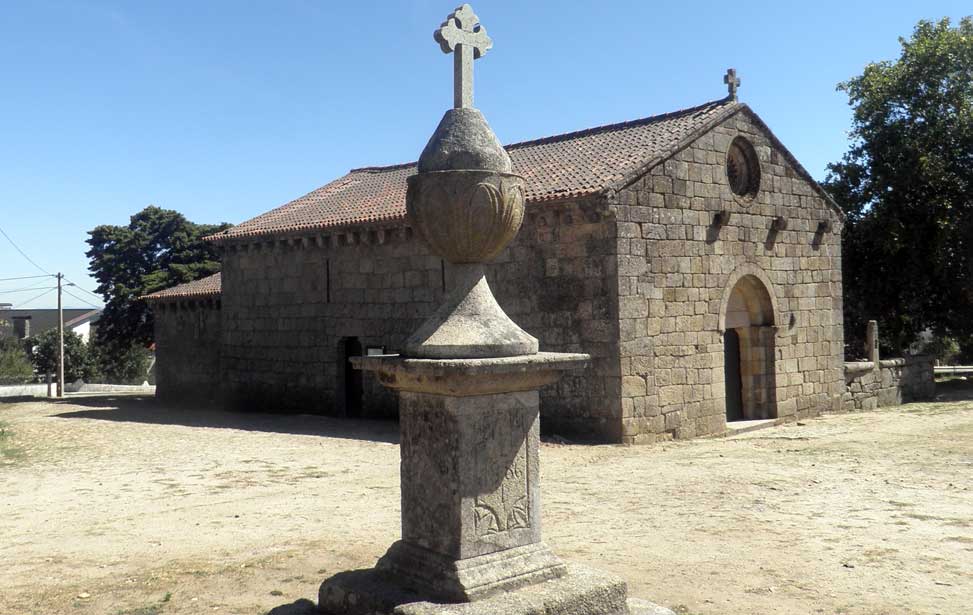 Squeezed between the northern slopes of the Serra da Estrela and the Mondego river is the marvellous village of Celorico da Beira which has been perched on this site since before Roman times. Evidence of human presence date to 500BC attributed to Bardili (Turduli) tribes who occupied this area of Portugal.

The first fortifications of the town were built by the Romans and traces of their presence still remain. The Romanesque-Gothic castle overlooking the village is a testament to past conflicts against Castile, The Moors and Napoleon's armies.

Within the narrow medieval streets, you can find many marvels such as the clock tower, ancient granite buildings and archways. The Church of Misericórdia has a façade displaying a fine example of the Baroque style. Inside, the main altar is elegant and there are also paintings by Isidro Faria. The town's narrow streets also feature a rare collection of Gothic doorways and Manueline windows.

Celorico da Beira has found fame for its Queijo da Serra made from the milk of ewes which graze on the slopes of the nearby mountain. Between the months of December and May, a market dedicated to this cheese is held every Tuesday, a tradition that dates back to the 13th century. Other local delicacies include smoked sausages and hams. All make excellent accompaniments to the local Beira Interior wines.
40º 38' 12.2'' N | 07º 23' 32.6'' W

Situated on the western slopes of the Serra da Estrela, Linhares da Beira is a 12th-century medieval village boasting unequalled architectural and artistic diversity. Simple granite houses stand side by side with manor-houses still displaying signs of their ancient nobility. At an elevation of 800 metres stands the town's imposing castle. Rebuilt in the 13th century by king D. Dinis, most probably on the ruins of a Moorish fortification, it was part of the front-line defences of the Beira region and the best place for surveying the land around. The parish church, originally Romanesque, was rebuilt in the 17th century. It has three valuable wood paintings attributed to the great Portuguese master painter Vasco Fernandes (Grão Vasco). Wandering around the streets of this museum village the visitor is transported back to another epoch. 40° 32' 25.1" N | 07° 27' 41.4" W 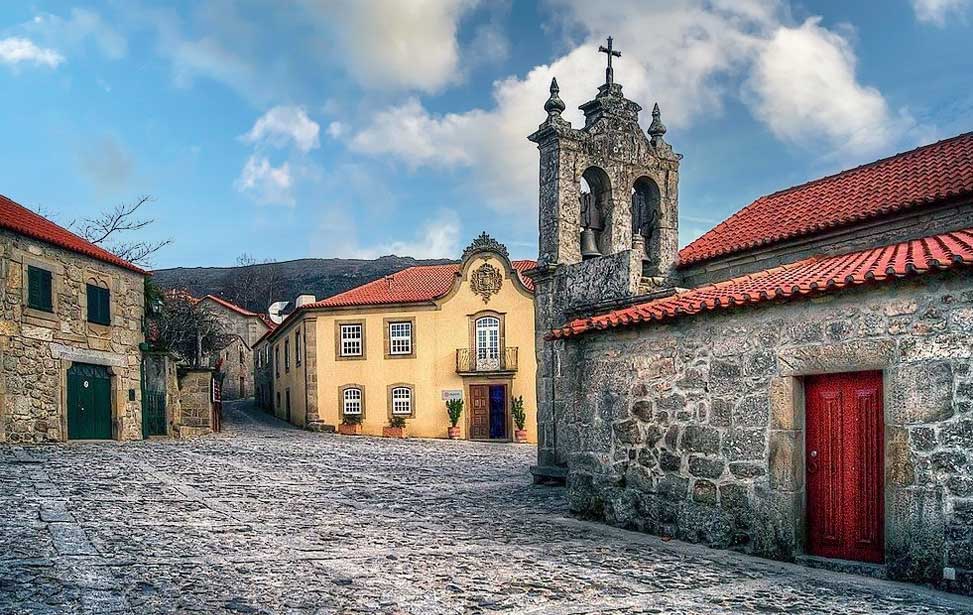 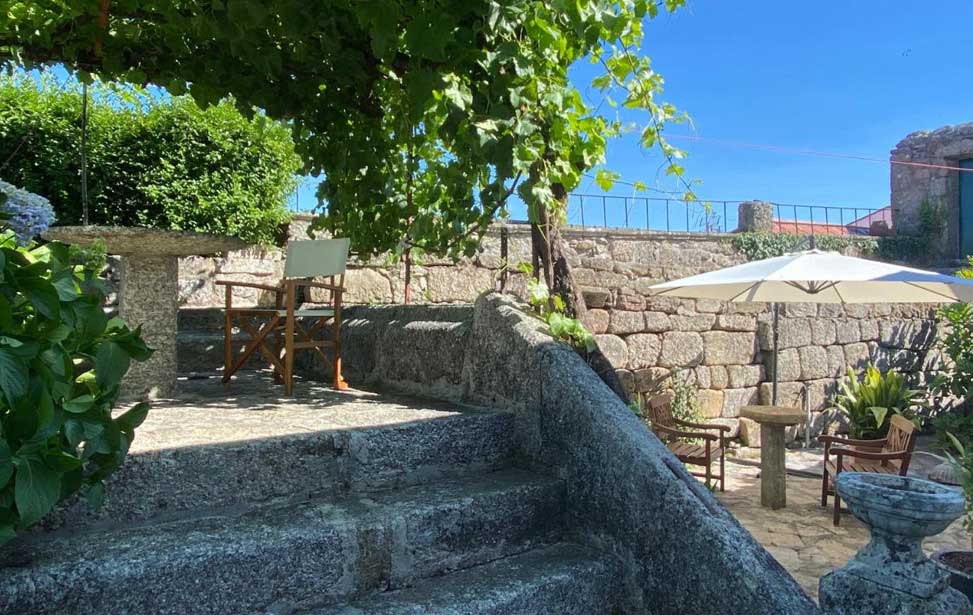 The 17th-century Solar de Alarcao features a garden and a furnished terrace with Guarda views. The rooms are tastefully decorated with typical Portuguese furnishings and have a TV, central heating and a private bathroom. A varied breakfast is served each morning, made up of regional products. The nearby Guarda centre features several Portuguese restaurants, serving traditional dishes. 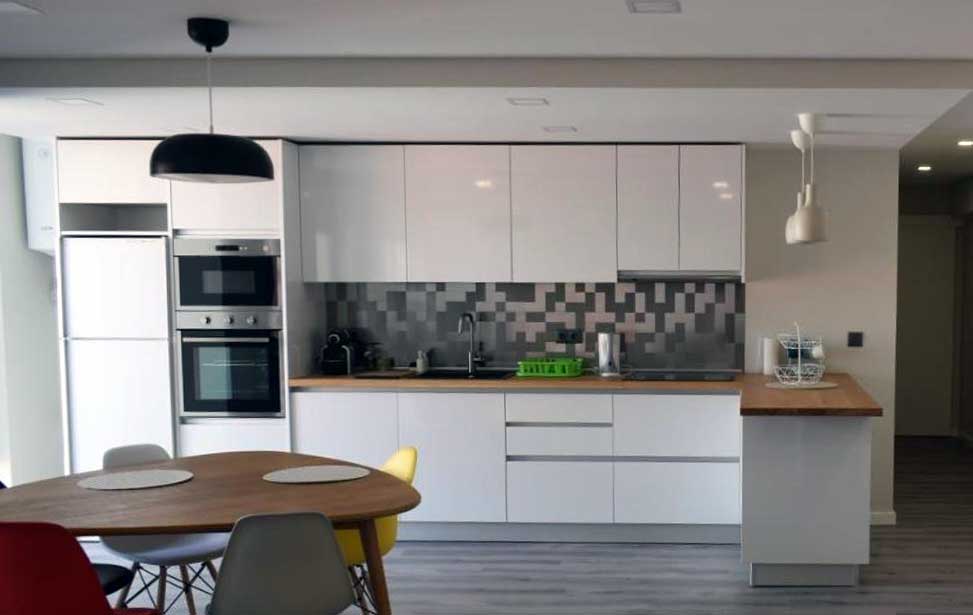 Located in Guarda, 900 yards from the and 650 yards from the Cathedral, Cabeço das Fráguas - apartamento centro cidade da Guarda provides mountain views and free WiFi. Offering a patio or balcony with views of the garden and city, the units feature air conditioning, a seating area, a satellite flat-screen TV and a kitchen. A microwave, a fridge and oven are also provided, as well as a kettle and a coffee machine. 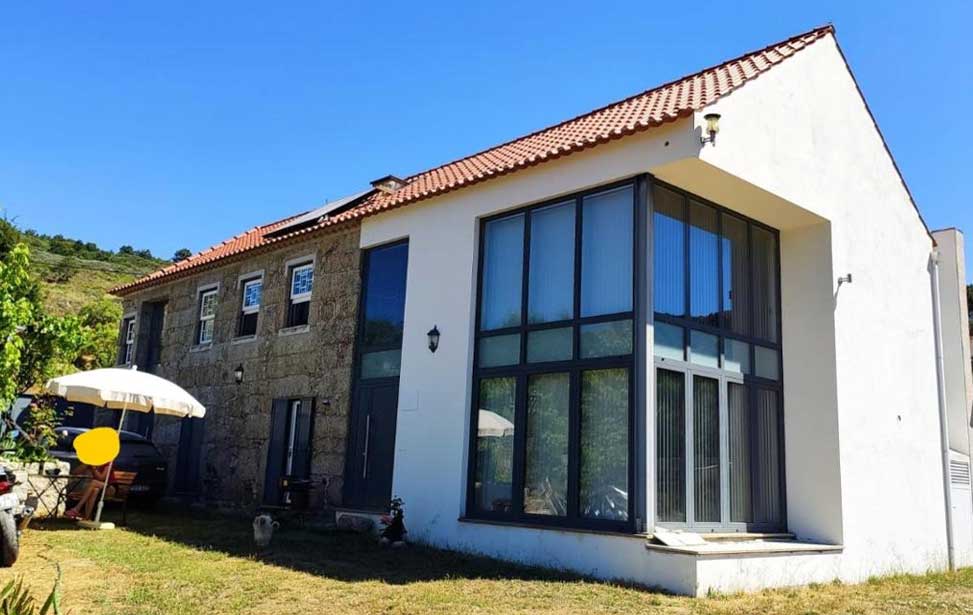 Set in Guarda, Turismo Rural Macieira Brava offers accommodation with free private parking. All windows are double glazing and thermal break. The property is very close to the new Passadiços do Mondego. The apartment features Wi-Fi, a fridge and equipped kitchen. Also, a garden and a terrace, which can be enjoyed by guests if the weather permits. It has central heating in all rooms. 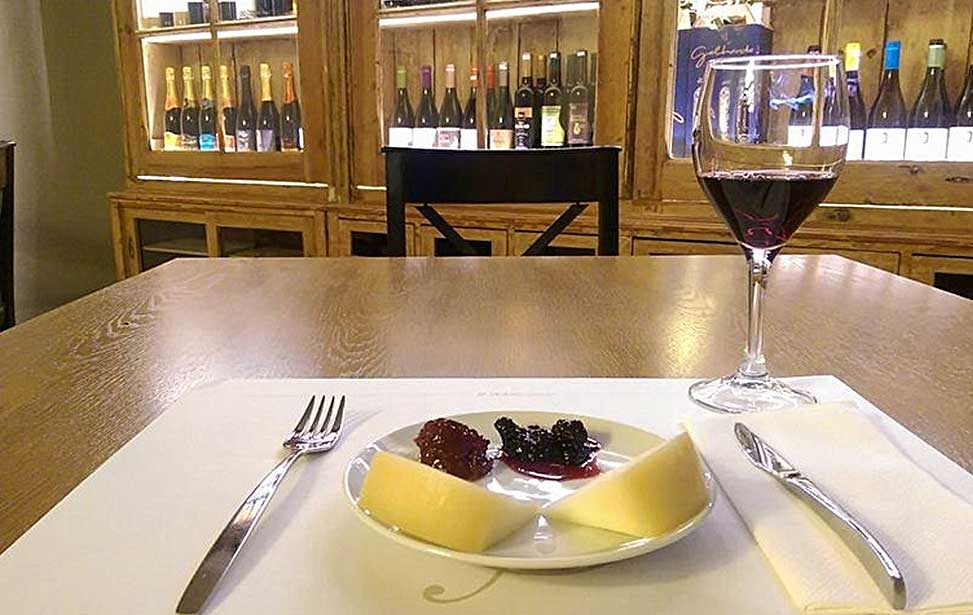 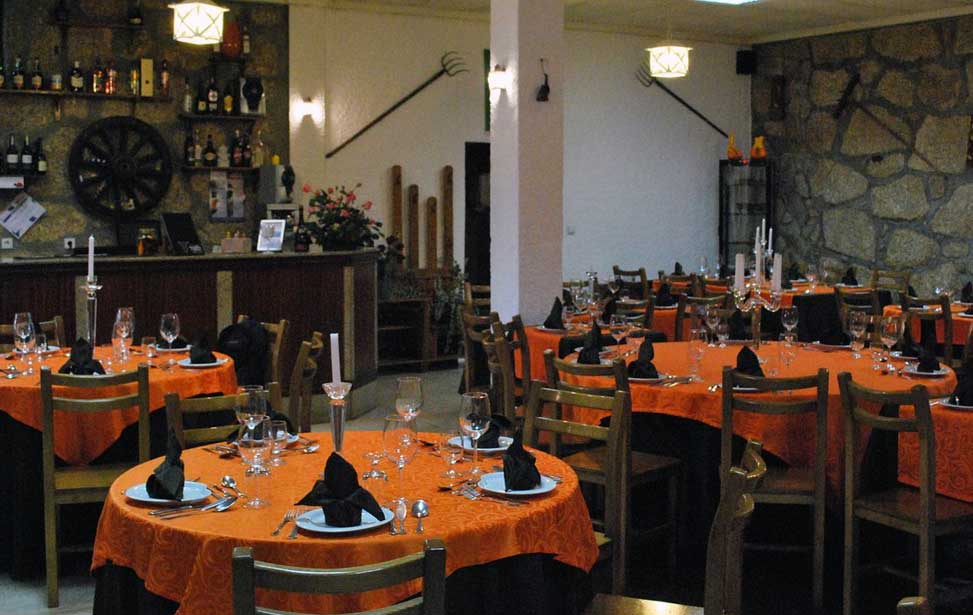 The secret to the success of Cortelha Da Burra is using the best locally sourced ingredients and not overdressing the meals. Sourcing, not saucing you could say. It is a very friendly family-run establishment and the staff are always prepared to go that extra mile to ensure your dining experience is enjoyable and memorable. You certainly won't leave hungry, portion sizes are typically belly busting but your wallet will not be lightened too much as prices are very reasonable. Unpretentious good ol' fashioned authentic hearty fare at honest prices. The outside terrace takes advantage of the restaurant's rural location looking over the Mondego valley. 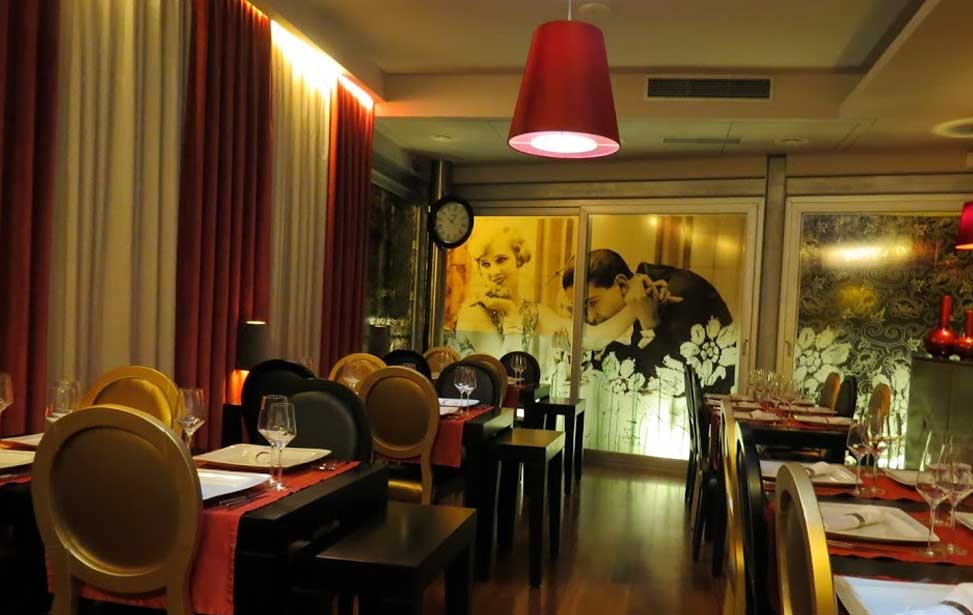 Enjoy a romantic fine dining experience close to the centre of Guarda. This small restaurant is family-run and exerts a friendly relaxed ambience. The restaurant only uses the freshest regional products exquisitely crafted to a high standard. Their menu displays a more cosmopolitan selection than many of the more traditional restaurants hereabouts. The wine list is as equally good as the choice of food. That said their house wine is adequately quaffable.