Perched on a hill overlooking the Rio Sabor river sits the beautiful old town of Bragança. This somewhat isolated settlement is the cultural and economic heart and capital of Portugal's rural region of Trás os Montes. Human settlement in this area date way back to the Paleolithic era and continue through to the bronze age. Local archaeological finds and tumuli indicate that Bragança has always been an important centre for agriculture and trade. Known as Brigantia by the celts and then Juliobriga during the Roman era. The British, who know the town as Braganza, associate it with the Queen of Charles II, Catherine of Braganza. In later times it gave its name to the last ruling royal family of Portugal. The House Bragança ruled from 1640 to 1910. 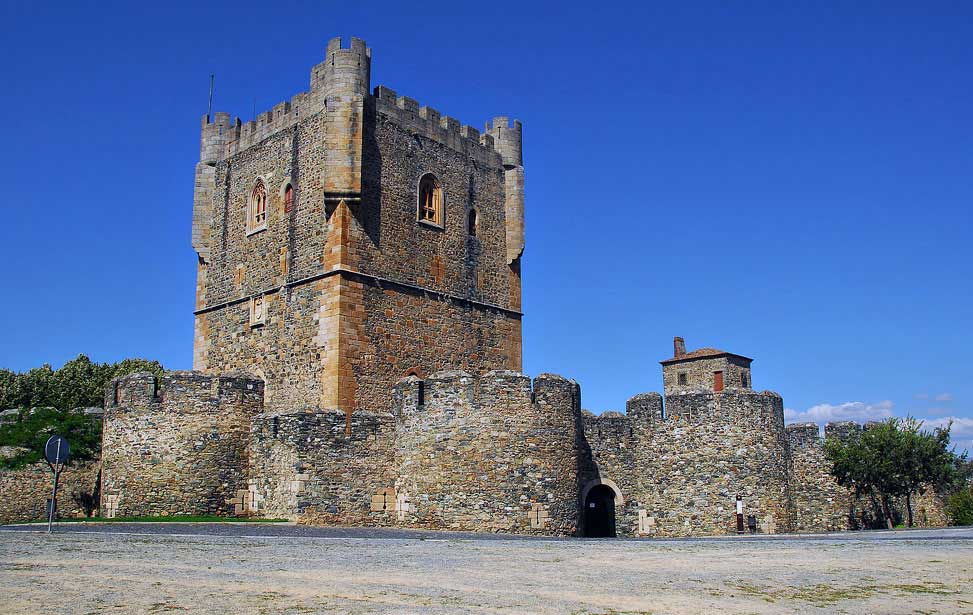 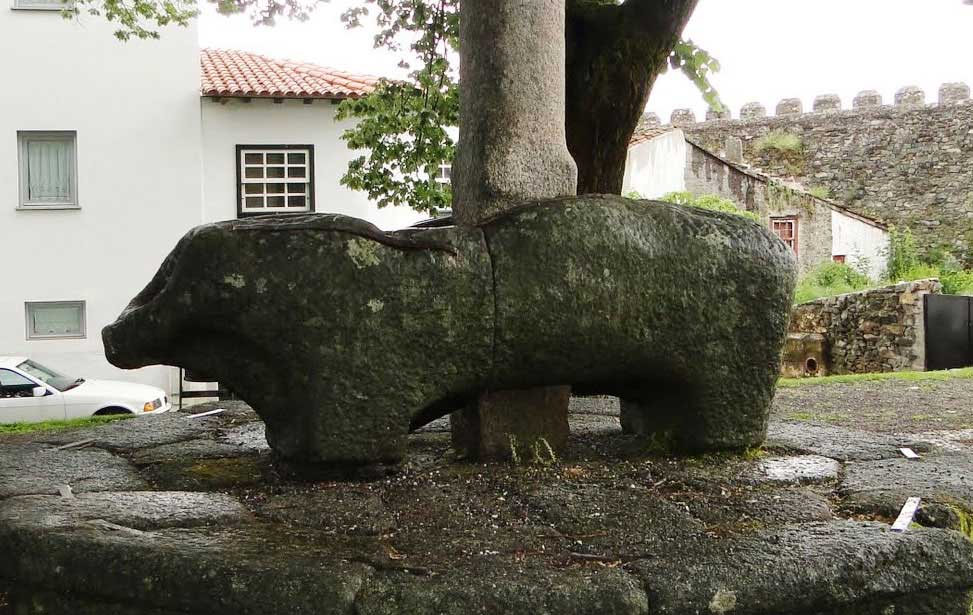 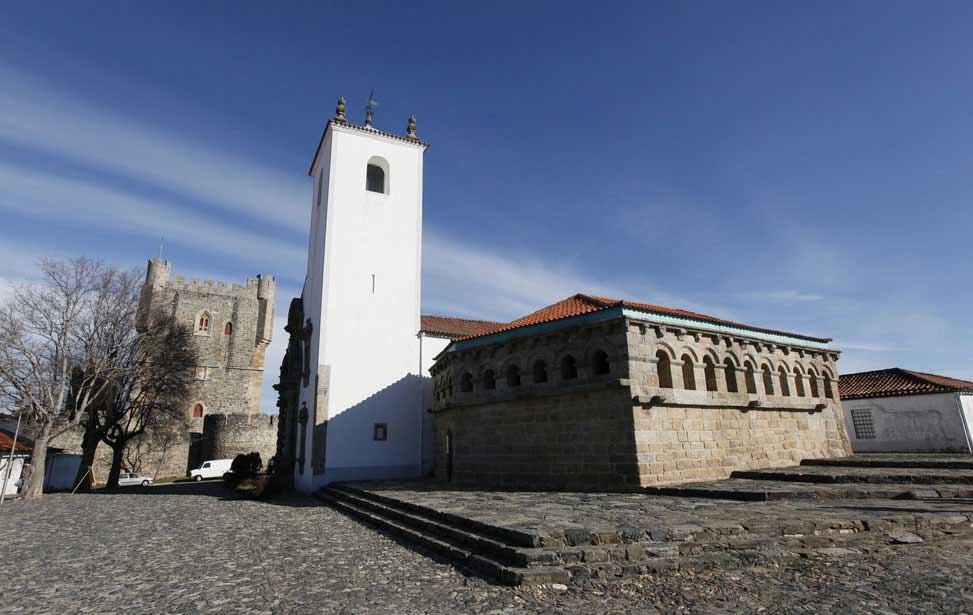 The medieval upper town dates back to the 12th Century. Long considered as impregnable, the Fortaleza was originally built by King Sancho I in 1187 and later modified by João I. The fortifications originally encircled the whole upper medieval town, its thick defensive walls strengthened by 15 watchtowers. The focal point here is the 33 metres (108ft) tall castle keep (Torre de Menagem), which hasn't changed very much since its construction in the 15th Century. The tower retains some original gothic details such as the windows. One can still see the coat of arms belonging to João I. If you make the effort to climb to the top you will be well rewarded by the amazing vistas which await you.

Between the castle and the outer walls of the Fortaleza, in the adjoining garden, can be found one of the many iron age granite pig statues (Berrões) found all over Northern Iberia. It's not fully known the purpose of these Celtic/Pre-Roman statues. One idea is they represent fertility. In the 15th Century, this statue was utilised at the foundation of the town's pillory.

Also within the confines of the Fortaleza walls is what's considered to be Bragança's oldest church. It was originally built in 1580 AD in the Romanesque style and was extensively restored in the 18th century. The baroque facade was added later. The interior of the church contains a colourful painted ceiling depicting the Assumption of the Virgin. It was originally dedicated to another female deity known as Nossa Senhora do Sardão (Our Lady of the Green Lizard), who supposedly gave protection to the inhabitants against the Moors.
Tuesday - Sunday: 10h00 - 17h00, Monday: CLOSSED
R. da Cidadela, Santa Maria, 5300-025 Bragança, Portugal. | 41° 48' 13.1" N | 06° 44' 56.9" W

Located alongside the Church of Santa Maria can be found a classified national monument, the mysterious Domus Municipalis dates back probably to the late 12th or early 13th century and is one of the few remaining examples of Romanesque civic architecture in Portugal. Constructed from rounded granite blocks this multilevelled building forms an irregular pentagon with a subterranean vaulted cistern and covered by wooden roof tiles. The cistern level was used to store the towns drinking water whilst the higher level served as a civil court.
Tuesday - Sunday: 10h00 - 17h00, Monday: CLOSSED
FREE ADMISSION

By the 15th Century, Bragança had outgrown its original defensive walls and the medieval lower town developed, boasting many fine town and merchant houses. A great pleasure is to emerge yourself within the old cobbled streets which descend the hill from the Fortaleza where you can discover old churches, small squares, old fountains, interesting shops and eateries.

Around the Rua dos Fornos is the old Jewish quarter. An influx of Jewish refugees came to Bragança during the 15th century fleeing Spain and North Portugal. It was the Jewish community that started the towns silk industry.

Lower down the hill in a square which bears its name is the 16th-century old cathedral, also called Holy Name of Jesus Cathedral. With the recent building of a new cathedral, the building became a parish church dedicated to John the Baptist.

A 16th century Renaissance marvel, commissioned by the bishop António Pinheiro. This church is integrated into a convent founded in 1590 by the order of D. Maria Teixeira, occupying the houses which belonged to her. Overlooking the entrance is São Bento himself flanked either side by the royal coat of arms.

The somewhat understated exterior hides a marvellously ornate interior. Its famed painted ceiling by Manuel Caetano Fortuna are created in the Mudejar style and is richly coloured. In the main chapel, one finds a fine guided retable from 1721 and overhead the ceiling has an excellent scenic painting, employing Trompe-l'oeil effects.
Rua de São Francisco, Bragança 5300. Portugal. | 41° 48' 18.7" N | 06° 44' 57.6" W 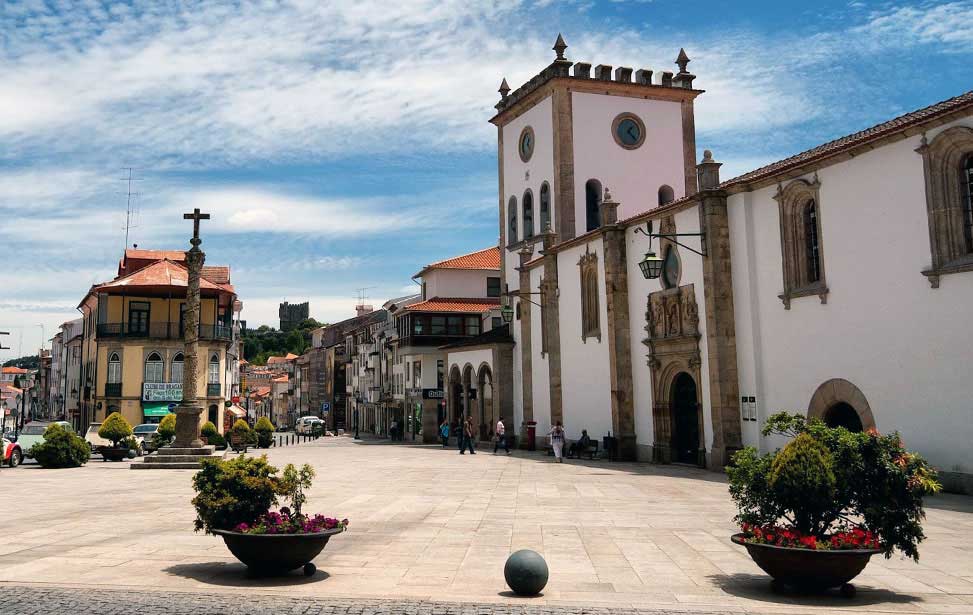 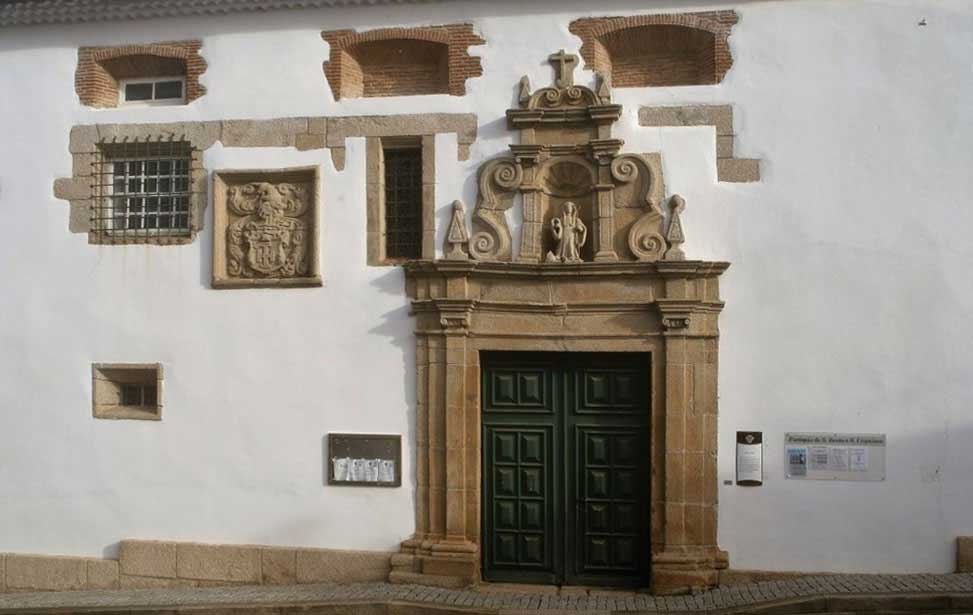 WHAT TO DO IN BRAGANAÇA 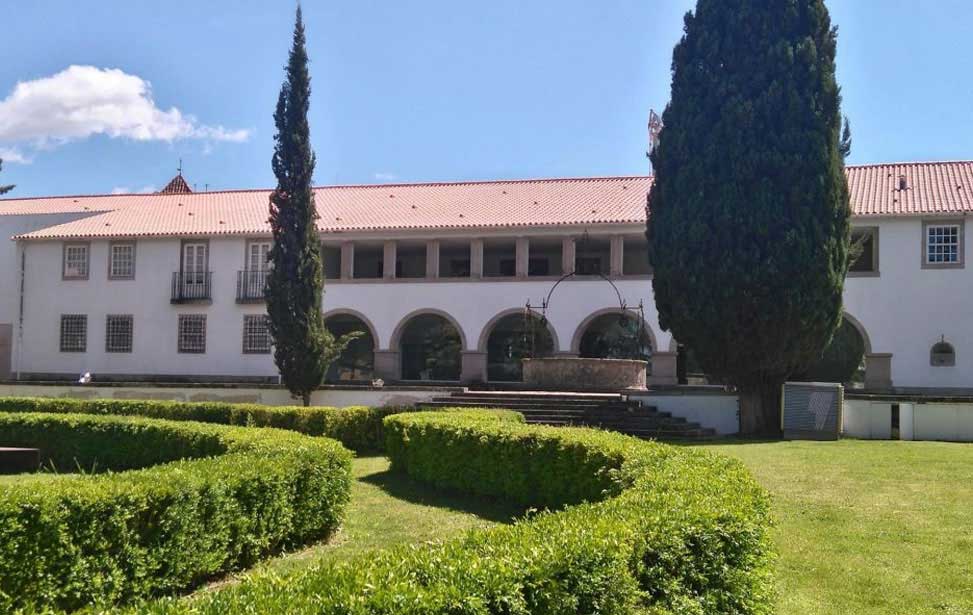 Displaying a variety of interesting artefacts, including local Celtic art, Iron Age stone pigs, Roman tombstones, paintings and ceramics, to name a few. Reputed for being one of the best museums in Portugal, the Abade de Baçal is a celebration of the diverse history of the area. Located between the Fortaleza and the Cathedral (Sé) in the former 16th century Palace of the Abbot of Baçal. 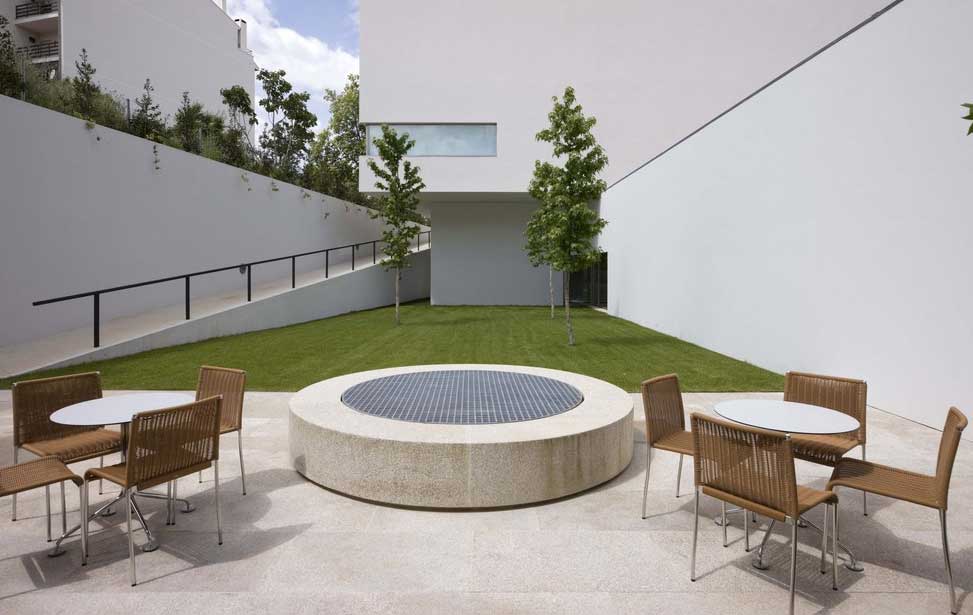 Graça Morais Contemporary Art Centre opened its doors for the first time in 2008. Housed within a building which itself of contemporary design, by the 2011 Pritsker Prize laureate Souto Moura. The museum's mission is to promote and raise awareness of contemporary art both nationally and internationally. There's a special focus on the works of the local painter Graça Morais who was born in Freixiel in 1948.
The museum has a broad programme of both temporary exhibitions which will focus on an individual artist or art style in addition to other multidisciplinary initiatives, educational programs, art workshops, concerts, live acts and editorial activities. 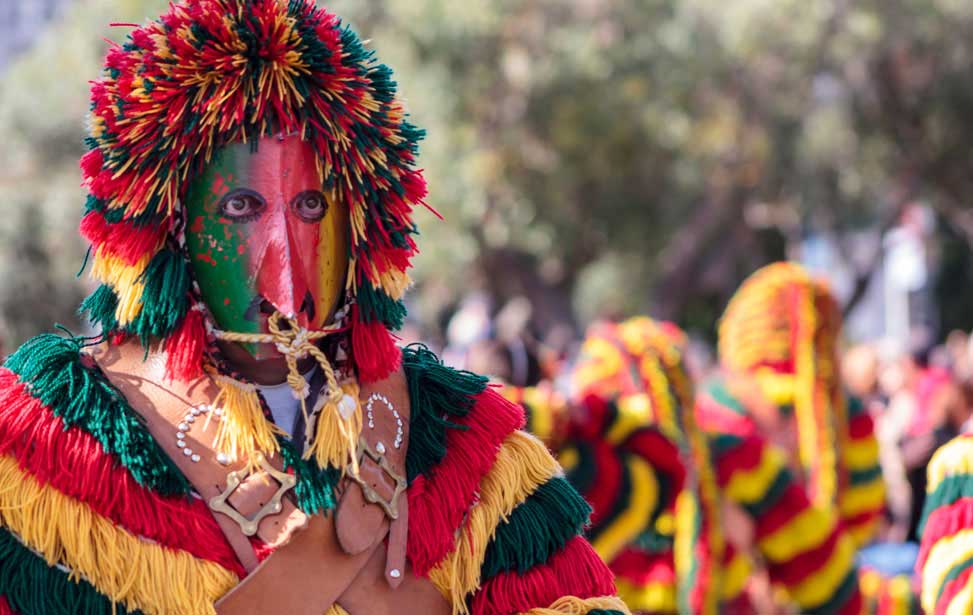 In certain areas in Northern Portugal, especially in the Trás-os-Montes, ancient pagan festivals originating from Roman times still prevail. The Saturnalia and the Dionysia festivals have been absorbed into the Christian calendar and the tradition of wearing these distinct costumes and masks live on.
This unique museum, which first opened its doors in 2007, pays homage to these traditions through exhibits of traditional costumes, masks and other artefacts across three floors. The first concentrates on the winter solstice celebrations of the district of Bragança; the second, to the festivities in the Zamora district in Spain; and on the third, to Carnival, with some sections devoted to local artisans. 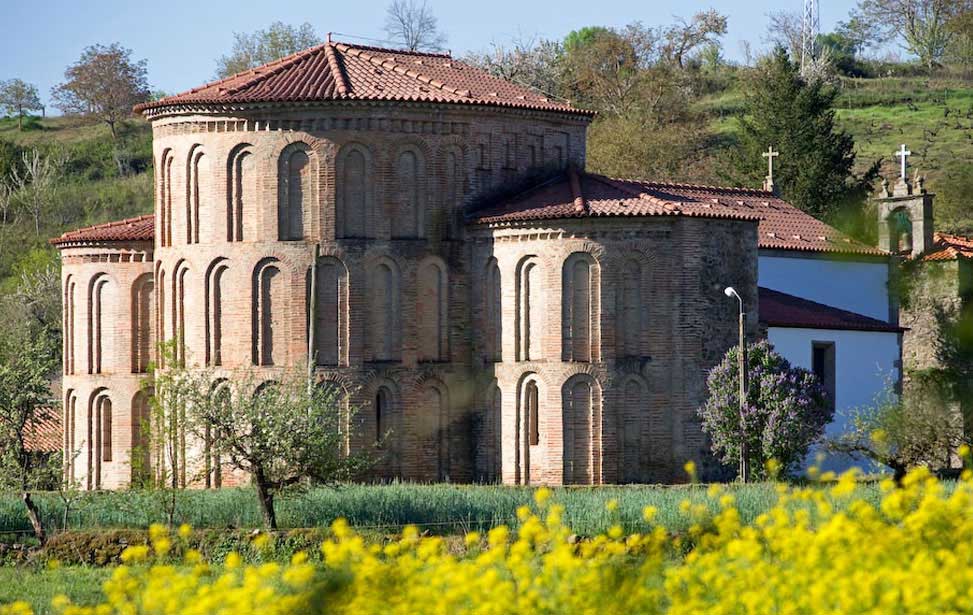 Three kilometres or so east of Bragança, near the village of Castro de Avelãs, are the remains of a 12th-century Benedictine abbey which since the 18th century operates as a church. Surrounded by oak and chestnut trees the structure is unusual, the abbey section is made from brick. Only the chevet with its apse and semi-circular apsidioles of the former building remains. The 18th-century church was added and serves as a nave. The older section is a fine example of Mudéjar and Baroque styles. The older structure is made up of three circular chapels featuring fine tile work and decoration applied to blind arcades. Outside are the ruins of the abbey's foundations which indicate the monumental scale of the original edifice. The abbey fell into decline after a papal bull was issued by Paul III that declared the monastery's annexation to the diocese of Miranda do Douro along with all its clergy and assets.

Situated close to Bragança, this protected area, designated in 1979 includes the mountain ranges of Montesinho and Coroa and is one of the largest Parks in Portugal. Bordered by Spain on its west, north and east flanks, this remote and hilly area is home to a large number of animal species including 125 species of nesting birds, the golden eagle and the black stork, as well as 70% of Portugal's species of land mammals. Especially noteworthy are the packs of Iberian wolf in this region, the largest wolf population in the Iberian Peninsula.

Encompassing an area of 75,000 hectares (185,300 acres), the park is home to 88 villages, with some 80,000 inhabitants mainly working in forestry, cattle-raising and traditional agriculture. The history of human presence in the region is illustrated by megalithic monuments from the Bronze Age with Castros, watchtowers, medieval bridges and churches. The villages of Fresulfe and Sernande still bear distinctly Germanic names dating from the Visigoth period. Each year the area draws the adventurous visitor, walker, bird watchers, mountain biker and mountain climber.
[ More About ► ] 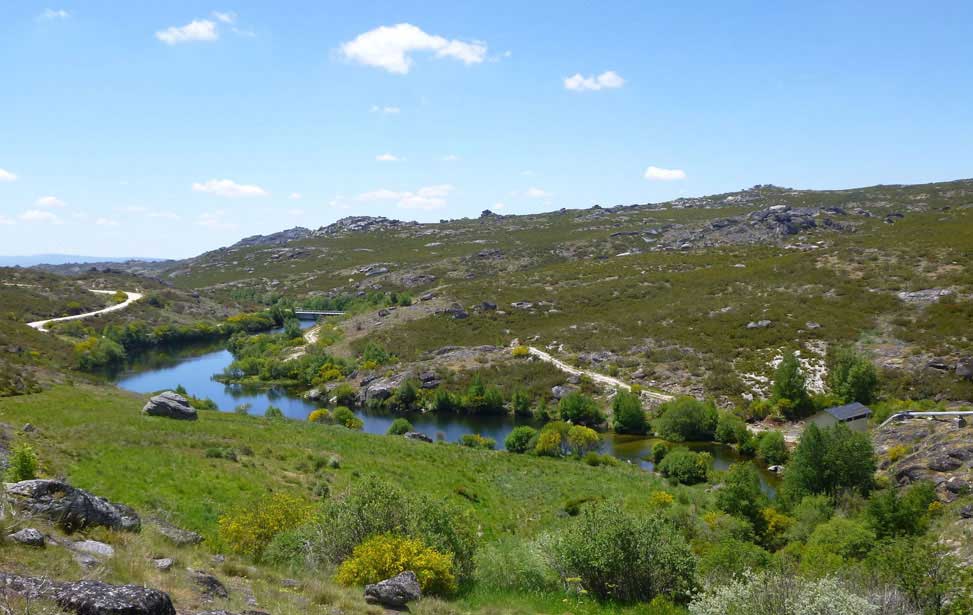 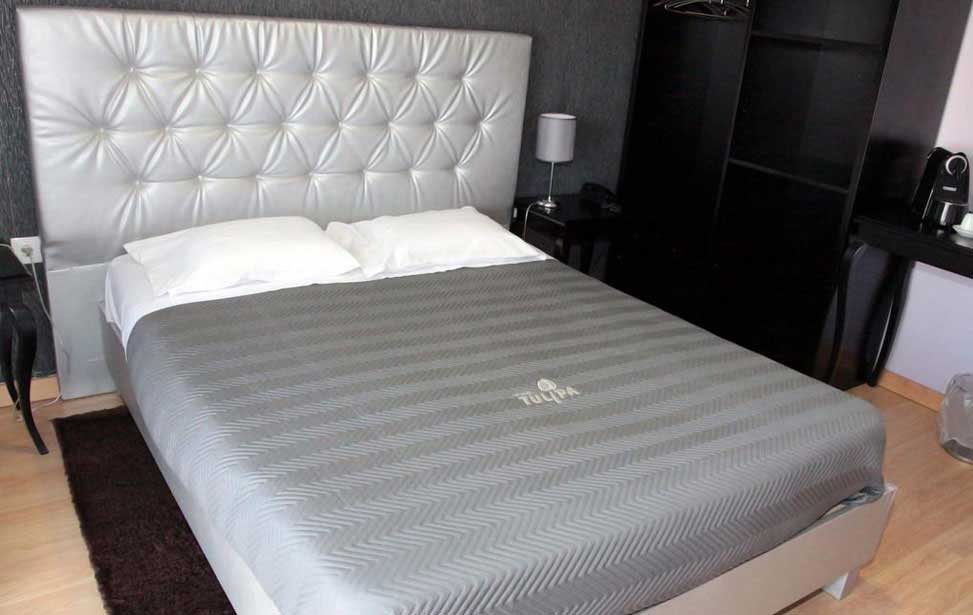 The Hotel Tulipa is located in the centre of Braganca in a quiet street, close to the Contemporary Art Museum and from the city's historic castle, and six minutes to the train station. It offers comfortable air-conditioned rooms with a private bathroom, large flat-screen TV and complimentary Wi-Fi. The hotel has a restaurant where guests can try various traditional dishes of Portuguese cuisine. 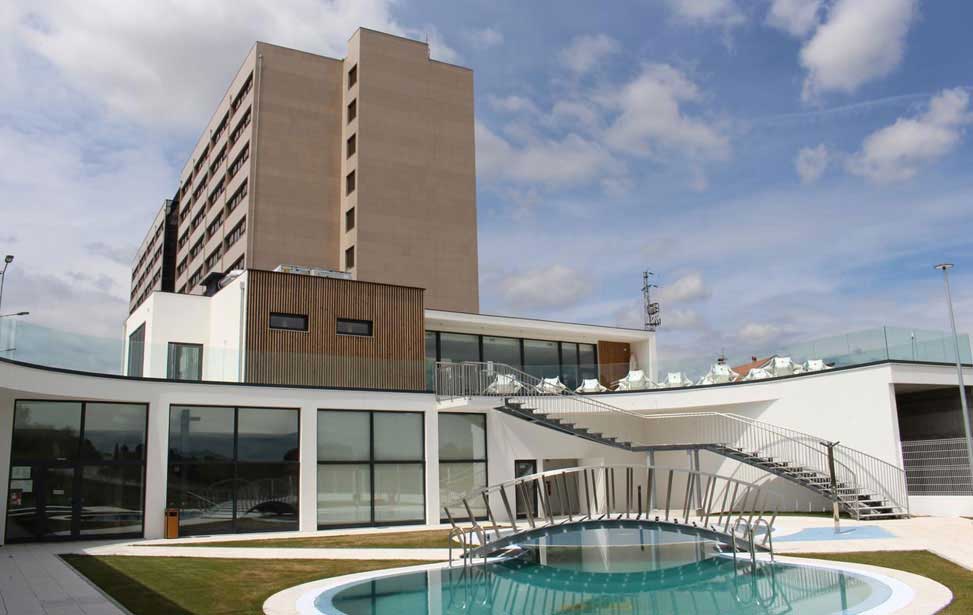 The Hotel São Lázaro has 521 beds and 272 climatised rooms with bathrooms, direct telephone and television. The bar caters for all tastes. The hotel also boasts an admirable infrastructure for congresses, meetings, banquets and exhibitions. It also possesses tennis and indoor football courts, as well as a private car park and garage. 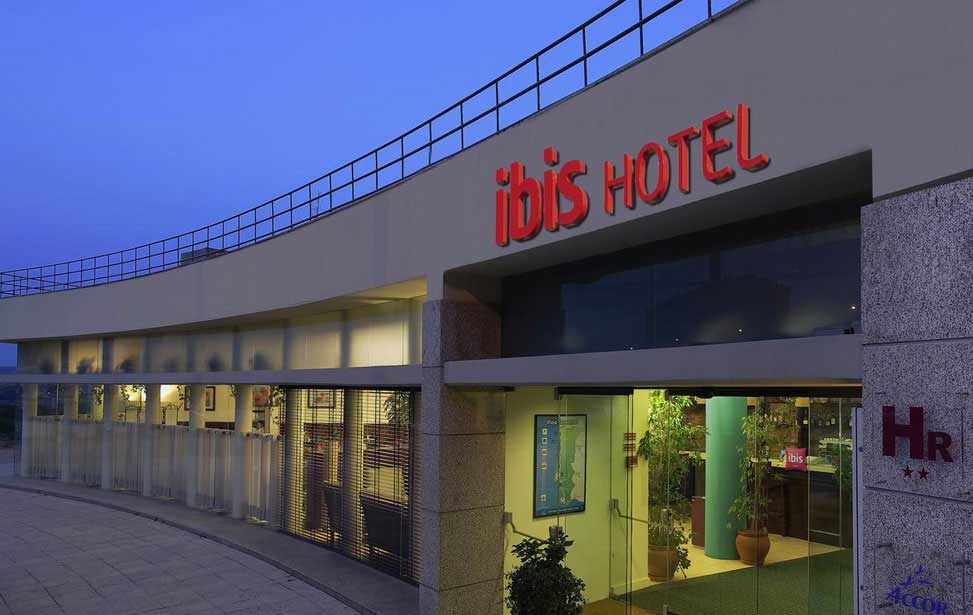 Bragança's Hotel Ibis is situated 800 metres from the city centre, with direct access to the IP4. It has 140 beds and 70 air-conditioned rooms and two rooms for meetings, a pay and display covered private car park and a 24-hour snack bar service. It has broadband Wi-Fi access for its guests who are travelling for business purposes. 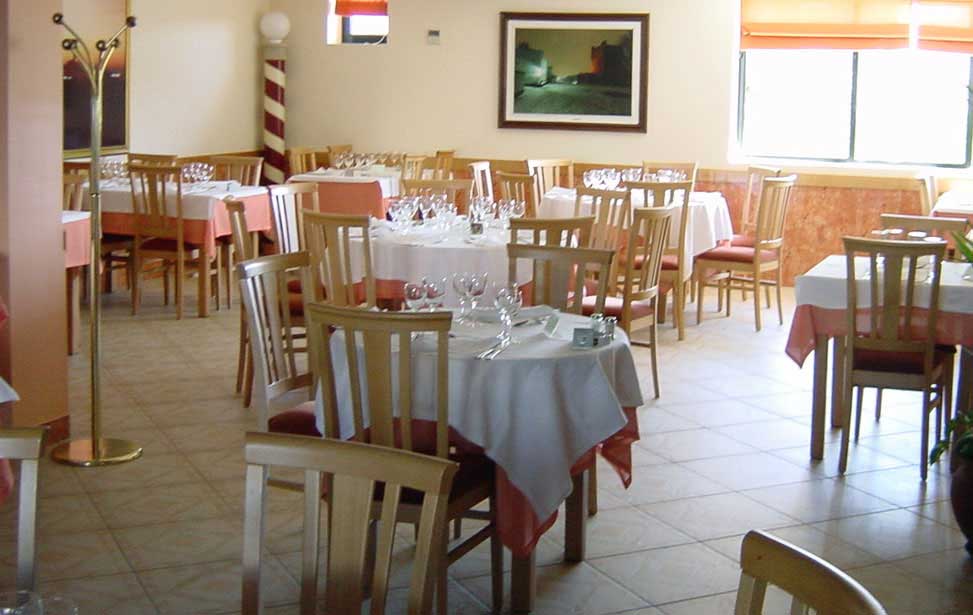 Italian and Mediterranean dishes with a Portuguese twist served in a large bright open-plan environment. The food is wonderfully prepared and well presented. The waiting staff are very welcoming and friendly, at hand to help you make your selection or offer a recommendation. 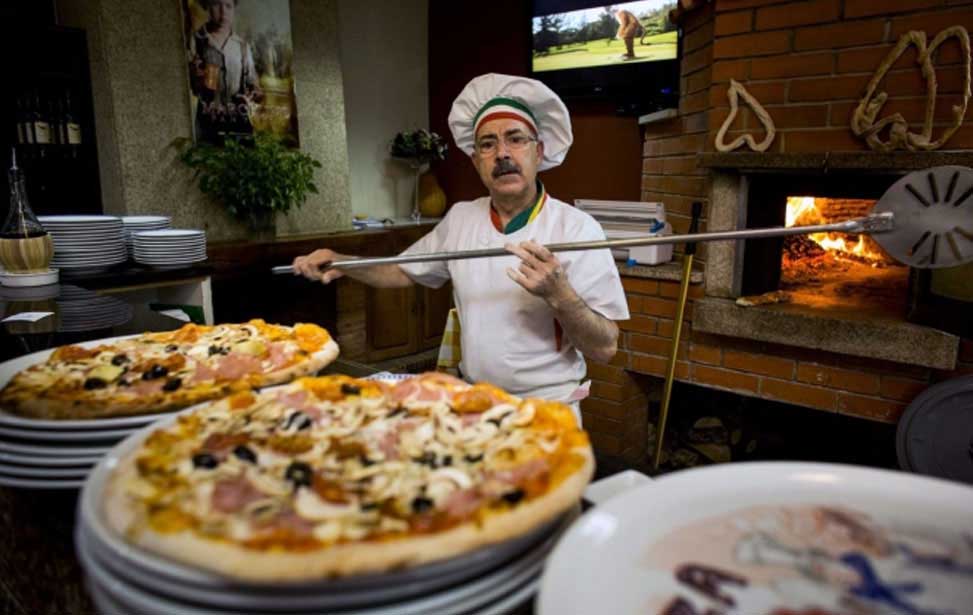 Casa Nostra is located within the Hotel Tulipa yet has a jovial relaxed atmosphere. The cuisine is Italian and probably the best place for pizza in town. Each dish is of high standard yet at the most reasonable prices. It's popular with locals and can get busy after 9pm. 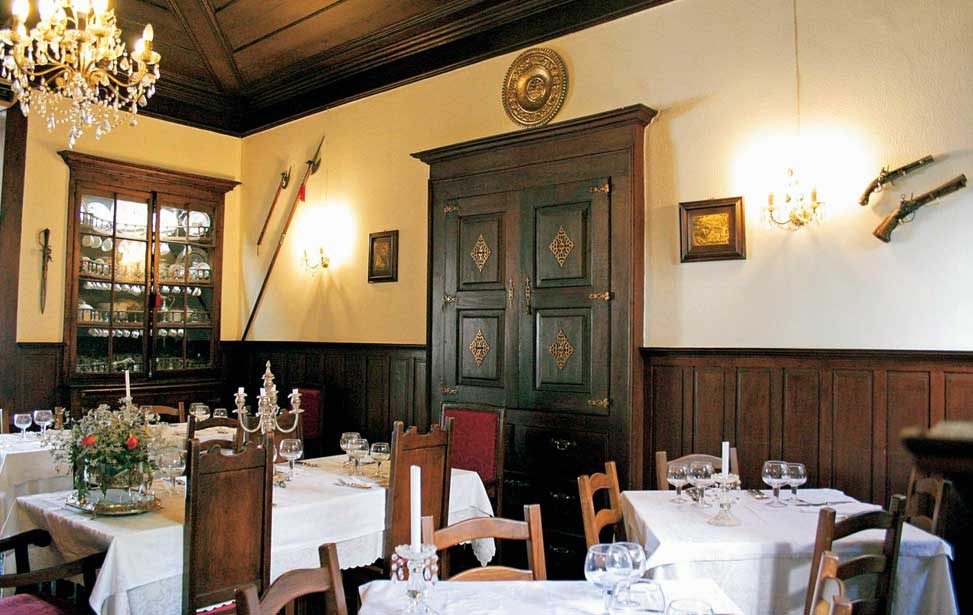 Restaurante Solar Bragançano is located in an old 18th-century manor, with a welcoming atmosphere, friendly service and a menu specialising in game. There is also a good wine list.