Situated 39km (24 mi) East of Viana do Castelo at the foot of the Peneda Gerês Parque Nacional, on the lush southern bank of the River Lima lies the pretty town of Ponte da Barca. It's believed that the town acquired its name from the ferry or boat (Barca) that once connected the two banks before the construction of the 16th-century bridge (Ponte).

Built in 1543, the bridge greatly aided the pilgrims passing through the area on their way to Santiago de Compostela, the resting place of St. James in Galicia. Spanning over the Rio Lima on ten rounded and pointed arches of irregular width, its halfway point is marked by two stone flourishes, one with the arms of Ponte da Barca, the other with an armillary sphere representative of Arcos de Valdevez and forms the boundary between the two municipalities.

Despite extensive alterations in the 18th and 19th centuries, this national monument remains one of the most impressive pieces of medieval architecture in Portugal. An ancient custom involves an expectant mother stopping the first person who crosses the bridge after midnight and asking them to baptise their unborn child with water brought up from the river below. 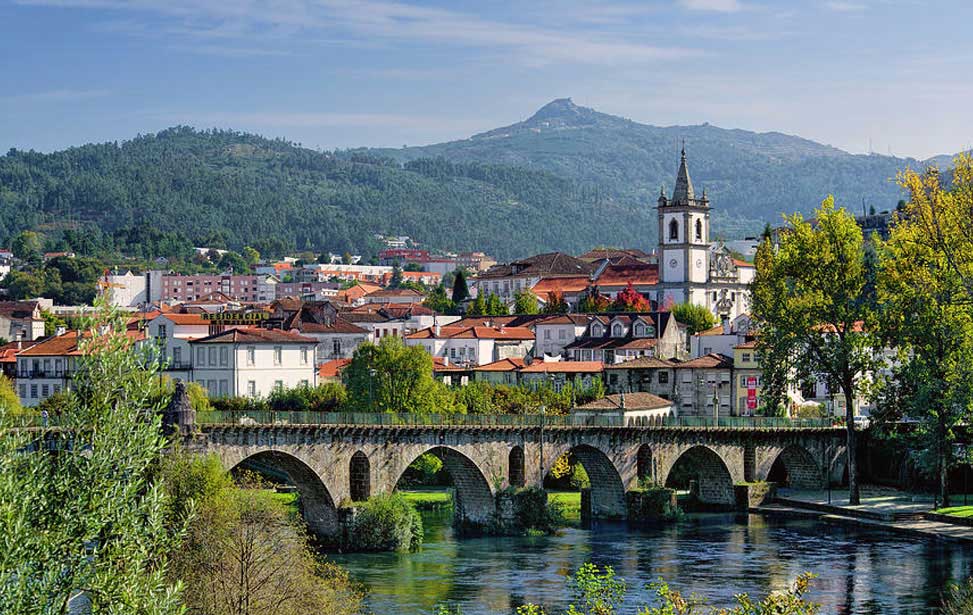 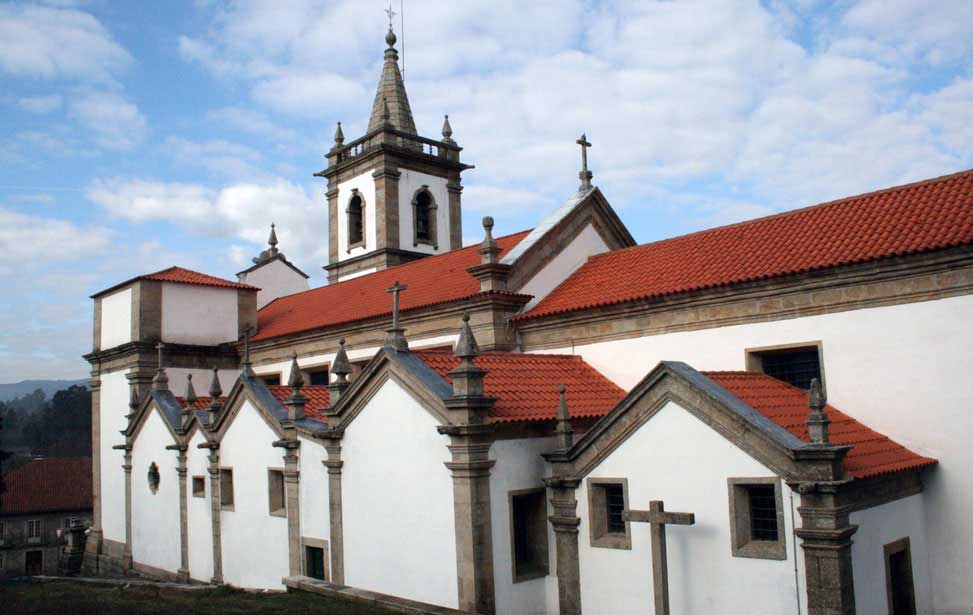 Standing proud in the small main square is the lovely Parish Church, which also is known as the church of São João Baptista. The construction of the church began in the sixteenth century and houses six funerary chapels built by the noblest families of the town. Its present appearance is due to rebuilding work carried out between 1717 and 1738 following skirmishes with neighbouring Spain. The renovations were overseen by Manuel Pinto Villalobos, an architect from Viana do Castelo, which resulted in a more Baroque feel.

One distinguishing feature is the façade which exhibits a relief depicting the baptism of Christ. The interior is richly decorated, notably the altarpiece and accompanying wood carvings on the high altar in a Portuguese Baroque style.
Rua Trás do Forno 1, 4980-623 Pte. da Barca, Portugal. 41° 48′ 29.5″ N | 08° 25′ 11.1″ W

In terms of temperature range, the sub-region of Lima occupies an intermediate position than other sub-regions. However, rainfall is higher. The altitude of the vineyards is variable and increases the further you travel from the coast, where the terrain is also more irregular, giving rise to some micro-climates in the Lima Valley, sometimes referred to as Lower Lima and Higher Lima. Like in the Cávado sub-region, there is a strip of soil originating from schist as well as granite soils, though it is not a significant stretch. The most famous white wines from this sub-region are produced from the Loureiro variety. The aromas are fine and elegant and go from citrus to floral. The Arinto and Trajadura varieties are also widely found here because they adapt well to those climates which are less influenced by Atlantic winds. The reds are mainly produced from Vinhão and Borraçal varieties. Usually, the red wines from the more inland zones of this region show better potential, due to climatic conditions that affect ripening.

Whereas the lower floor has a space reserved for the exhibition and sale of regional products such as; jams, honey, confectionery, sausages and broa (cornbread). It is here also where local wine producers exhibit and sell their wares, including the infamous Ponte da Barca wine corporative. As part of the Vine Verde Lima sub-region the wines of the area favour the Loureiro grape. The site is built over an old wine press and there's an exhibition about wine cultivation and a collection of antique tools. The CEVPR is also the venue for events such as the Feira de Artesanato do Concelho de Ponte da Barca (Handicraft Fair of the Municipality of Ponte da Barca) and the Feiras do Marmelo, da Noz e do Mel (Quince, Walnut and Honey Fairs). 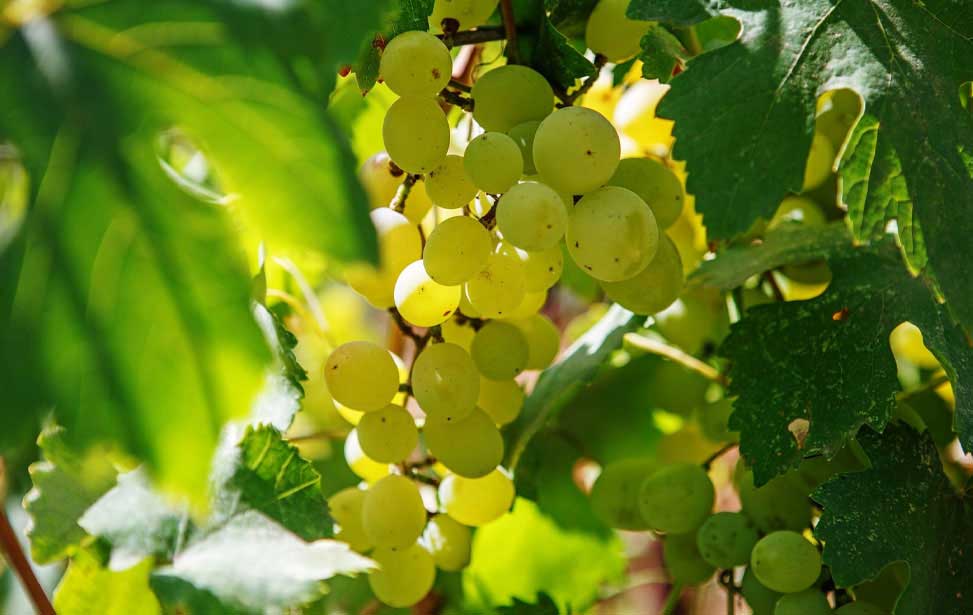 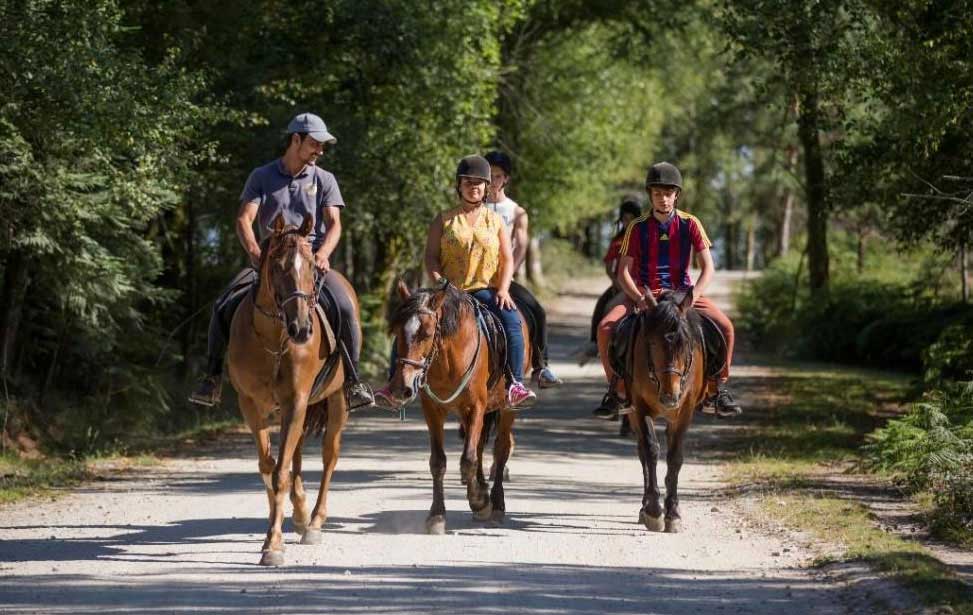 Set within the picturesque heart of the Peneda-Gerês National Park, The Centro Hípico do Mezio is the ideal location for pony trekking and horse riding along a network of bridleways within a beautiful mountain landscape.
Centro Hípico do Mezio, Soajo, 4970-672, Portugal.
41° 52' 28.8" N | 08° 15' 51.3" W
+351 965 853 161
centroequestremezioaventura@gmail.com 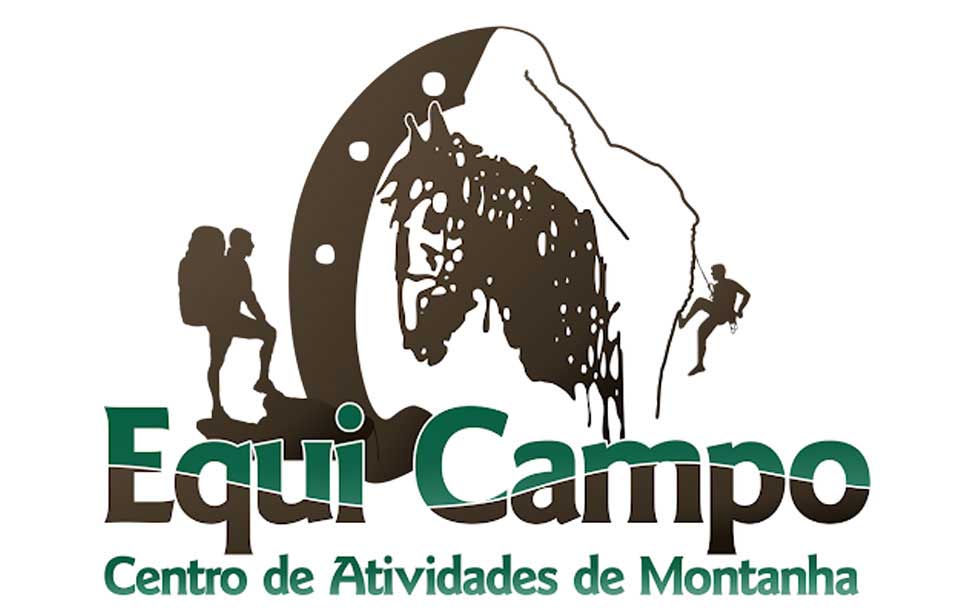 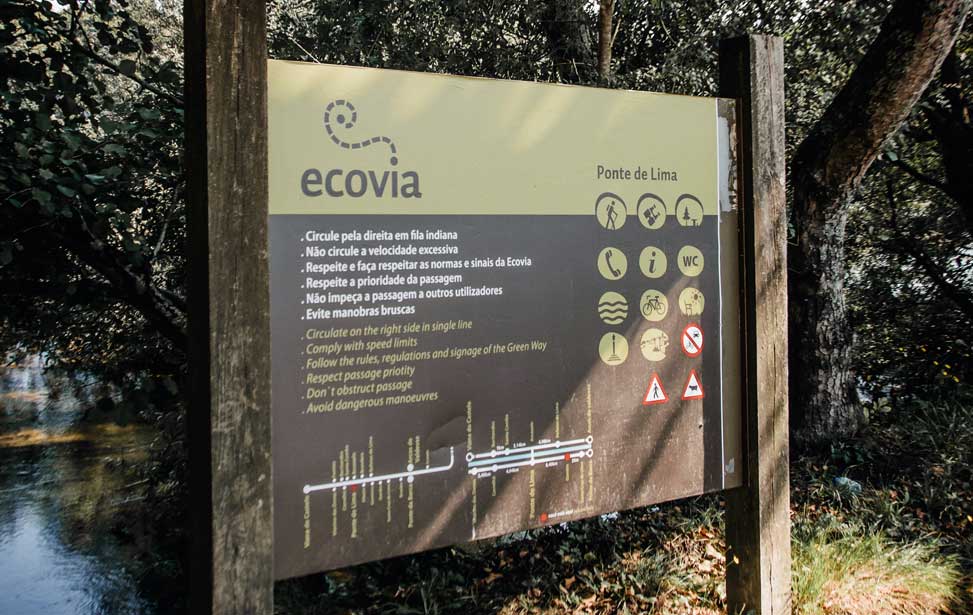 Along and around the Lima valley can be found over 70km of traffic-free trails which meander through the countryside opening up protected landscapes to the more adventurous traveller. 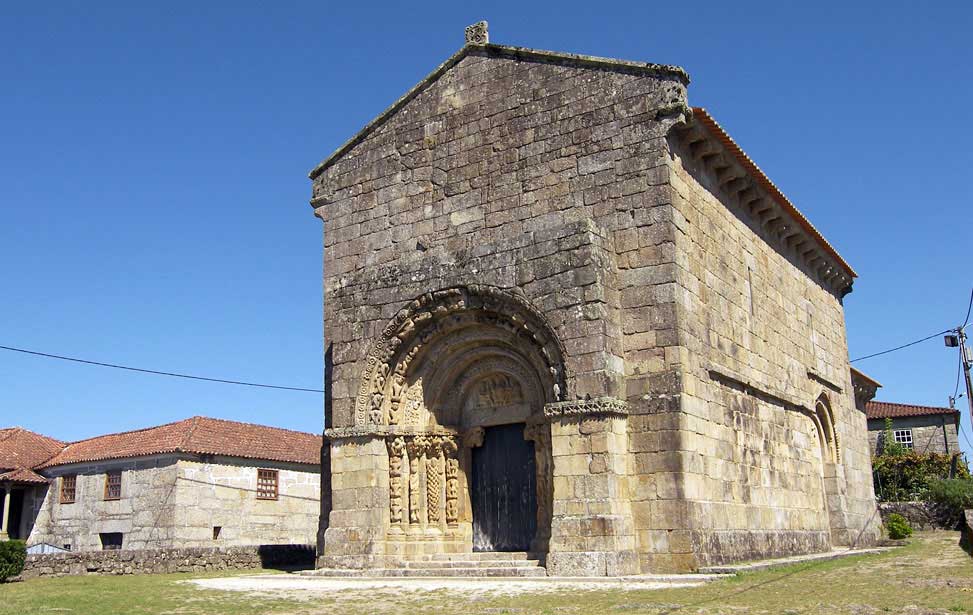 Three miles West of Ponte da Barca on the main road to Ponte de Lima located in the small hamlet of Bravães can be found one of the finest examples of Romanesque monuments in Portugal. This 11th-century church started life as a Benedictine monastery on the pilgrimage route to Santiago de Compostela, commissioned by Vasco Nunes, a nobleman from Porto. Although altered in the 15th and 16th centuries the Igreja de São Salvador de Bravães maintains many of its original medieval characteristics. Its ogival portal features five worked archivolts, with capitals, shafts and spandrels all similarly adorned with a great variety of figurative and geometric motifs including birds, oxen, sheep, people, and even monkeys.

Inside one discovers a beautiful coffered ceiling covering the single nave, a silver crucifix gifted by King Manuel I with 14th-century frescoes of St. Sebastian and the Virgin. The monastery in the 15th century became a parish church. Today it has a protective national monument status.

Soajo is a charming traditional mountain village, with granite houses, narrow streets, a small community church and a crumbling pillory. From its advantage point, from here you can enjoy amazing vistas and Soajo makes a great base for long hikes. But it is the village's collection of Espigueiros for which Soajo is famous. These granite granaries are unique to Northern Portugal. Meaning “spikes,” these granaries are constructed from locally hewn granite. They were built to store grain off the ground for protection from rats and other rodents and were used by the whole community. The 24 Espigueiros here date back to the 18th century and some are still in use today. A path from the cluster of Espigueiros leads to the Ladeira medieval bridge located in a tranquil location.
Espigueiros e Eira Comunitária do Soajo, Barragem do Lindoso, 4970-655 Soajo, Portugal.
42° 52’ 22.2” N | 08° 15’ 43.5” W

Eight and a half miles (14km) northeast of Arcos de Valdevez is the Mezio Megalithic Centre, a collection of a dozen burial dolmens known locally as the Antas da Serra do Soajo. Estimated to be 5000 years old the monuments from prehistory have been extensively studied scientifically and some have been partially restored. The site is well explained with information boards along the 2km long plateaux offering the inquisitive visitor a rare insight into megalithic life. Núcleo Megalítico do Mezio, Serra do Soajo, Mezio 3600, Arco de Valdevez, Portugal.
40° 59′ 01.1″ N | 07° 53′ 21.6″ W 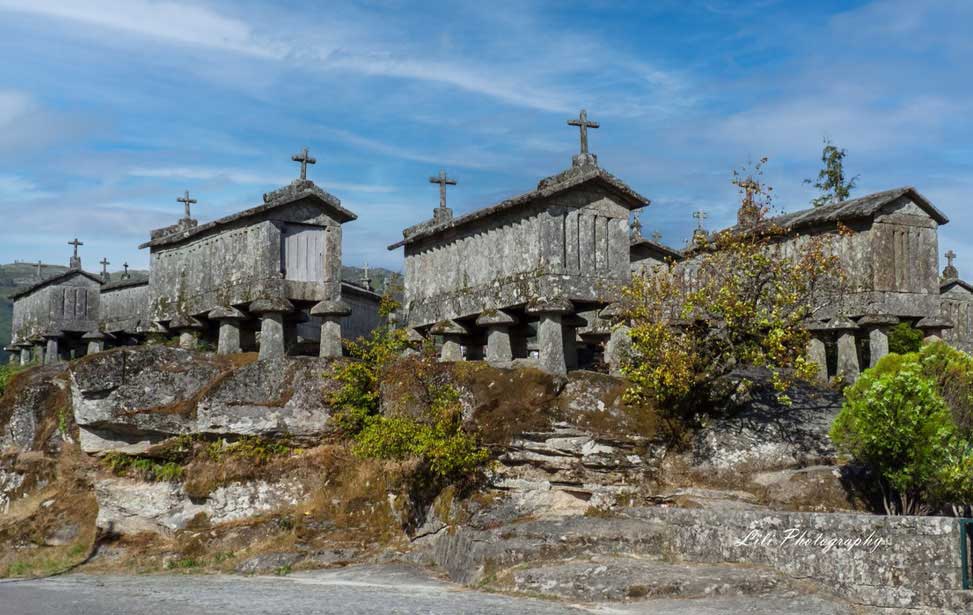 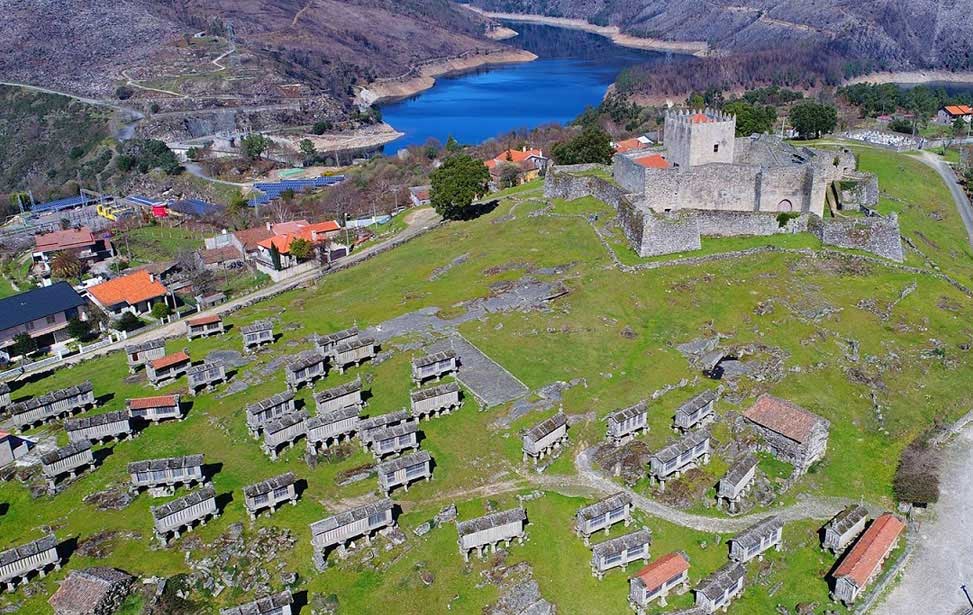 29 km (18 miles) east of Arcos de Valdevez in the Penda Gerês national park the hamlet of Lindoso comprises 1300 souls, mainly of farming backgrounds and is most famous for its castle and Espigueiros (granite structures to house grain). Perched on a small rocky outcrop overlooking the village Lindoso's castle has played a key role in the defence of the Portuguese frontier since the 13th century. It's done battle and changed hands with its old adversary Castile and later Spain during the restoration wars. Built on an irregular quadrilateral foundation, it has rounded corners to avoid blind angles and offer greater resistance to assailants. The gate facing the village is flanked by quadrangular towers.

The Espigueiros which run alongside the castle are intricately carved from granite and topped with a cross that dates back to the 18th century. Along with Soajo, Lindoso has the best collection of Espigueiros in Portugal, in terms of number and finery. For additional divine protection of the grain, there's a granite cross with a tall shaft mounted on a square plinth standing guard among the stone granaries. The whole site combined is a national monument.
Lindoso, Ponte da Barca 4980-451, Portugal. | 41° 51'' 52.6" N | 08° 11' 46.7" W 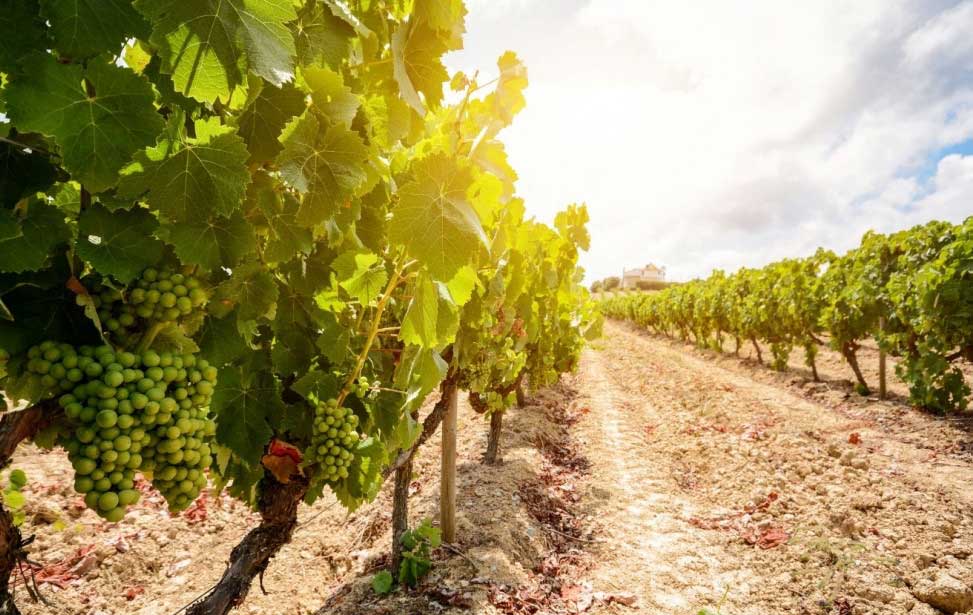 Discover Portugal's unique wine tradition of Vinho Verde, or green wine, on this full-day tour from Porto. The Vinho Verde region of Portugal is filled with lush, green scenery, which you can discover on this tour. Sample the special wine at local wineries, enjoy a delicious Portuguese lunch, and learn about this wine region. 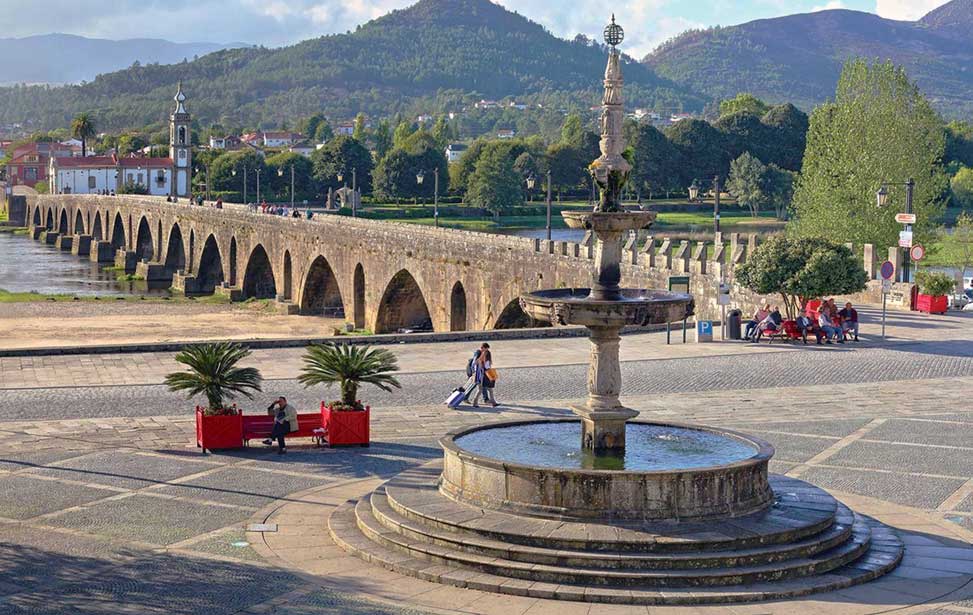 Spend a day exploring the sites of Minho, without having to worry about navigating, as Porto hotel pickup and drop-off are provided. Travel quickly and comfortably between sites and enjoy an action-packed itinerary. Highlights include Braga, Bom Jesus Sanctuary, Brejoeira Palace, and Viana do Castelo. A delicious lunch in the medieval village of Ponte de Lima is included, with local wine. Entrance to Brejoeira Palace and Gardens included. 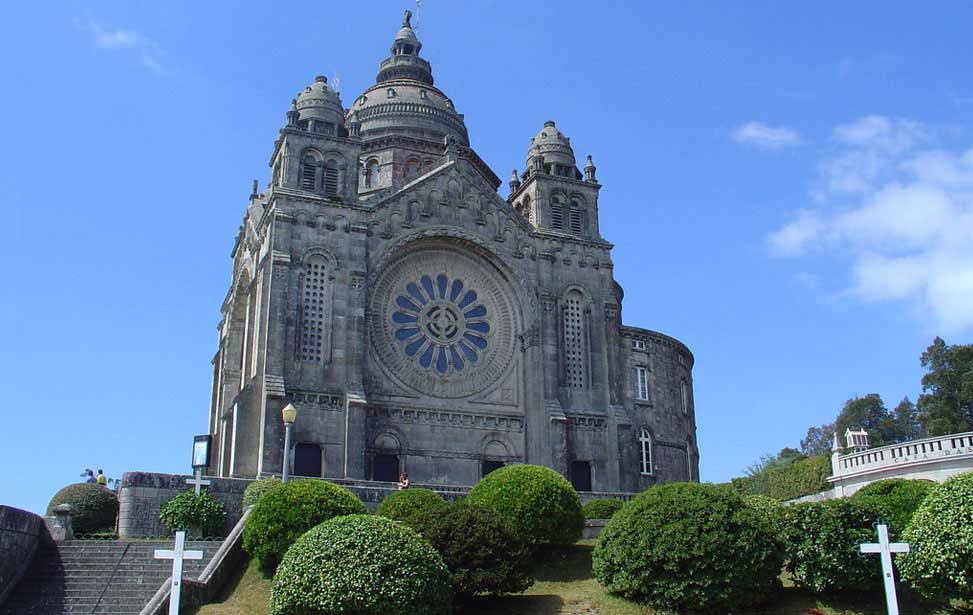 Full-Day tour to discover Alto Minho Region! Visit three unique towns in the north of Portugal: Valença, Ponte de Lima, and Viana do Castelo. Accompanied by an expert driver/guide you'll know more about the regions, and take time to get in touch with the customs, traditions, and flavours of the Alto Minho. 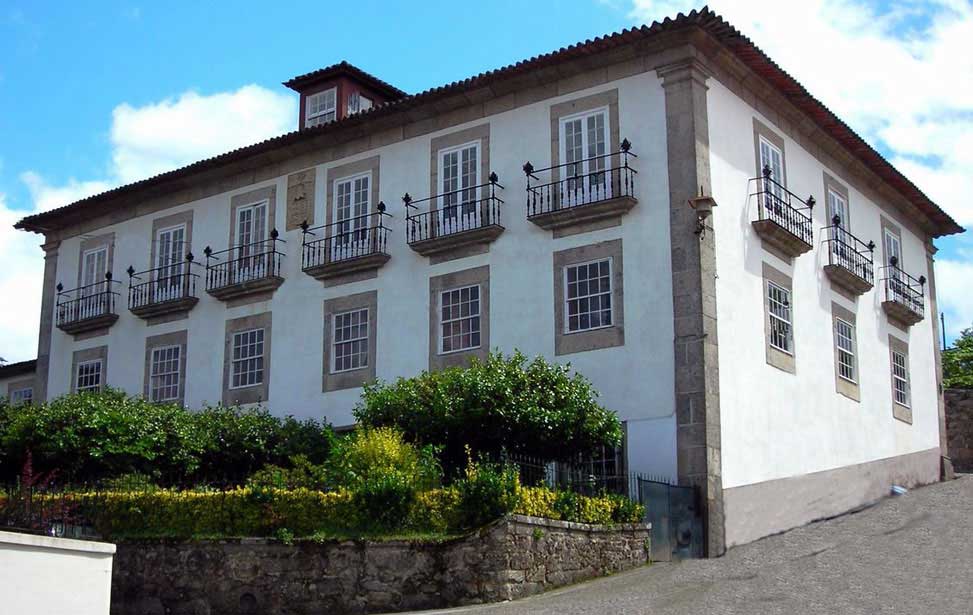 This 17th-century manor house located in the medieval centre of Ponte da Barca with commanding views over the Lima valley. This family-run mansion has been tastefully restored for hotel purposes. Guest rooms are spacious and decorated in Minho style. 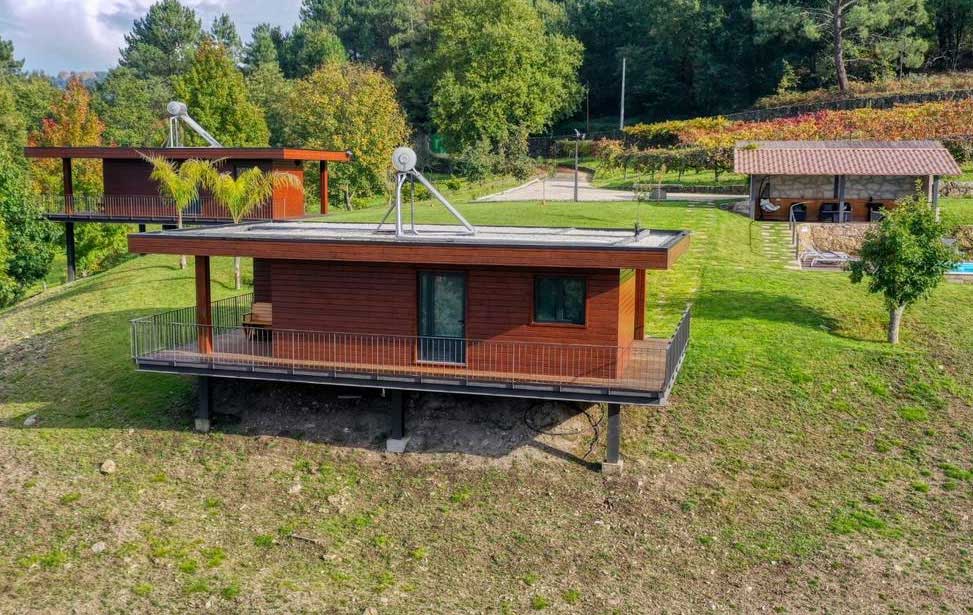 Just off from the centre in the town of Ponte da Barca, Quinta de Silharezes features a restaurant and free WiFi. Each unit has a patio, a fully equipped kitchen with a microwave, a seating area with a sofa, a flat-screen TV, a washing machine, and a private bathroom with a shower and a hairdryer. A fridge, an oven and a stovetop are also available, as well as a coffee machine.

The farm stay offers a sun terrace. Guests can swim in the outdoor swimming pool, go hiking or cycling, or relax in the garden and use the barbecue facilities. 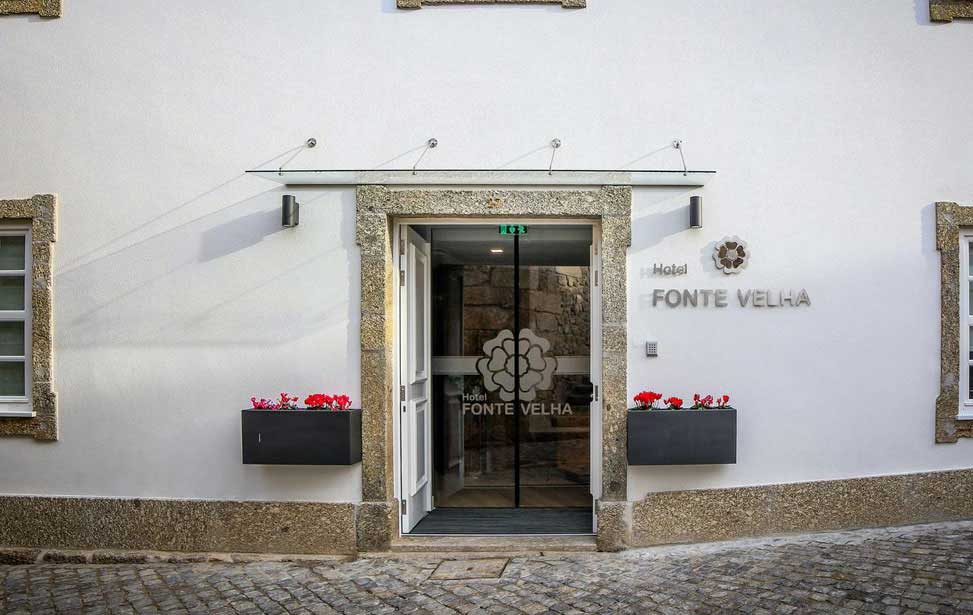 Rooms are fitted with a flat-screen TV. Some rooms feature a seating area for your convenience. Views of the river, garden or city are featured in certain rooms. The rooms are fitted with a private bathroom equipped with a shower. For your comfort, you will find bathrobes and slippers. Hotel Fonte Velha features free WiFi throughout the property. Bike hire and car hire are available at this hotel. The area is popular for horse riding. You can play billiards at the hotel. 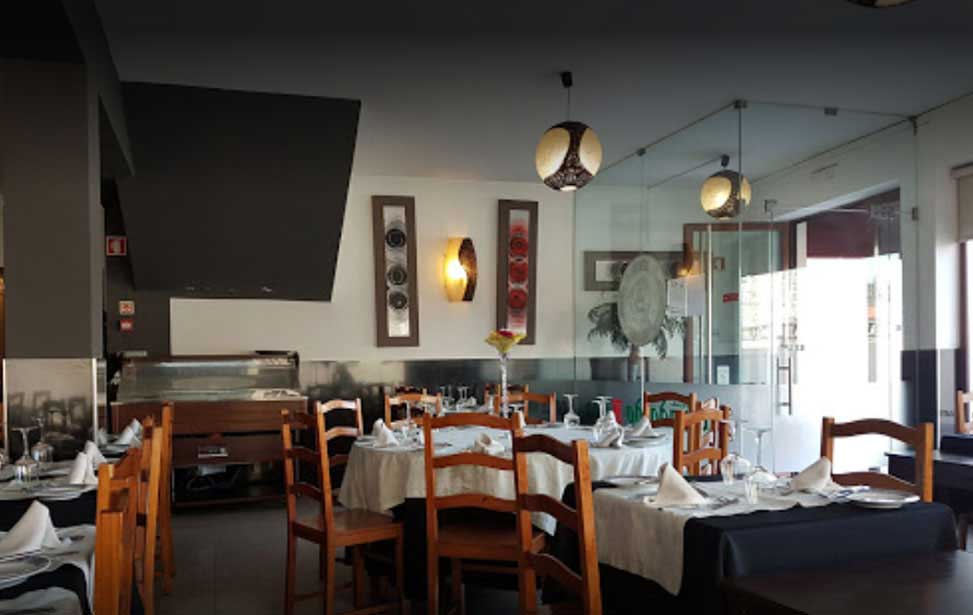 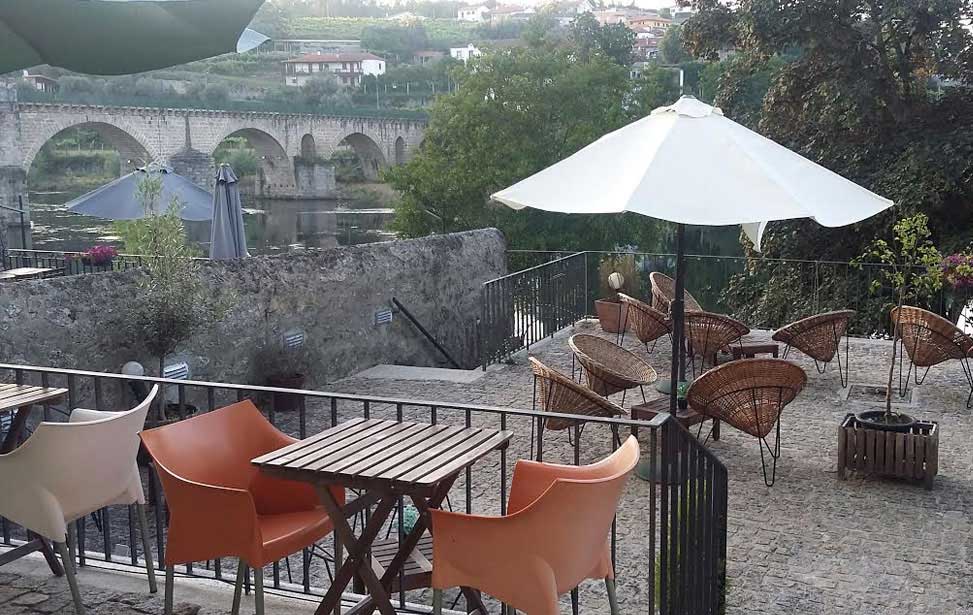 The interior is tastefully decorated in a contemporary manner. The views overlooking the river and bridge from the patio makes it the place to be. The menu is varied, employing a creative twist to regional classics. Quality is high, yet prices are very reasonable. Staff are jovial yet professional and the atmosphere is relaxed and welcoming. 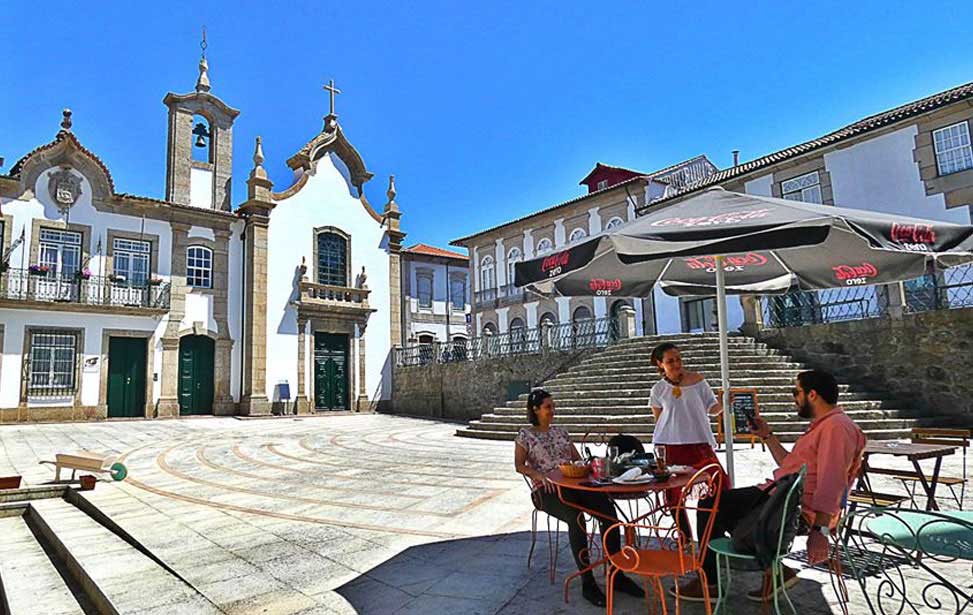 Unpretentious and homely specialising in small plates (Petiscos), gourmet burgers creatively presented. Relaxed atmosphere and welcoming. Ideally located close to the river, a great choice for a lunch break or just to whet the whistle.