Surmounted on the slopes above the Guadiana river, its tributary the Oreias, at an elevation of 85 metres (280ft) is the beautiful town of Mértola. The Romans has a settlement here which they called Mirtilis. The Moors were here too who recognised the strategic quality of the town and created formidable defences. Located 56 km (41mi) upstream from where the Guadian meets the sea at Vila Real de Santo António, Mértola is the most inland port on the river. The town gained wealth and importance as the region's trading hub for the region's mineral riches. Following a period of decline, Mértola has been lovingly restored and operates as a living museum and a champion of traditional arts and crafts. 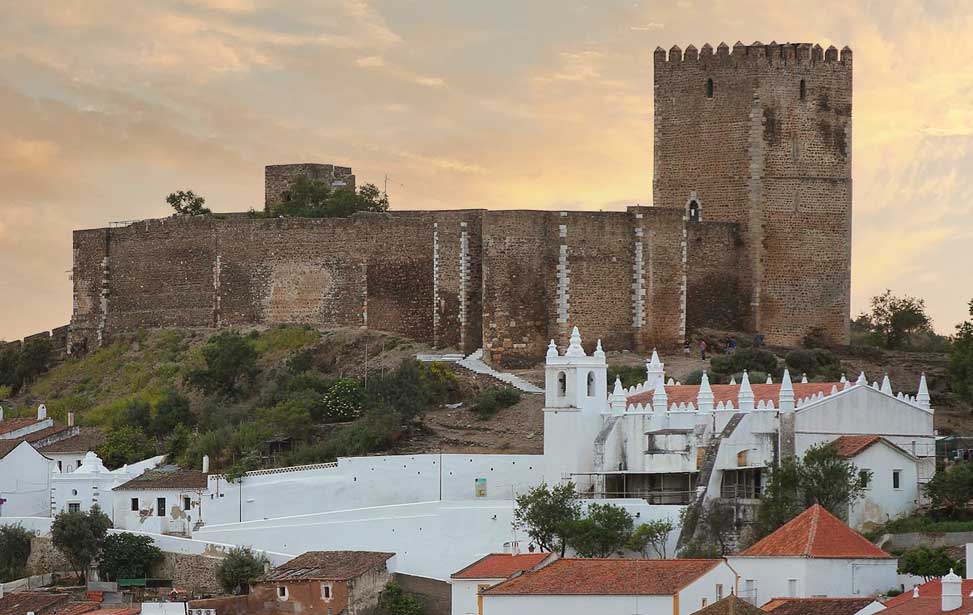 Occupying the high ground in town overlooking the valley below is the castle and remains of the old walled town. The current castle was built in the 13th-Century on the foundations of a Moorish citadel (alcáçova), which in turn was constructed over a Roman fortress. A small fee gets you through the arched gateway and winding entrance into the inner ward overlooked by the mighty keep (Torre de Menagem). Inside there's a pleasant museum that exhibits a collection of architectural artefacts dating from between the 6th and 10th centuries BC. The keep maintains some vestiges of its Moorish origins and a climb to the top will be rewarded with breathtaking views.

The parish church at the foot of the castle sits on ground that has been holy since the 4th Century. Once a Roman temple stood here and an early Christian church before the moors built a Mosque. Following the Christian Reconquista in 1238, Knights from the Order of Santiago converted the building into a church. Remnants of its previous incarnations are still evident inside and in the basement of the old 16th-century sacristy, you can see the building’s foundations and various phases of its occupation.

Mertola is often referred to as a "Museum town" (vila museu) because of the abundance of archaeological treasures unearthed here. The first traces of human habitation dates back five thousand years to the Neolithic period. During the bronze age, the area was populated by peaceful agricultural people we call today the Iberians. Later occupating cultures include the Phoenicians, Greeks, Carthaginians and Romans. Rather than housing the town treasures in one large dedicated museum, Mortola has its heritage dispersed across various museum sites.
€2.00 Single Museum, €5.00 All Museums

North of the old town, an on-site excavation in the 1980s uncovered the structures of a huge palaeo-Christian basilica occupied between the 5th and the 8th centuries. Nextdoor the remains of an ancient cemetery from the same period were also unearthed. It was also used in the Islamic period (late 8th century-1st half of the 13th century). Some of the graves remain unsealed. Efforts to preserve the site include the construction of a building to integrate the two sites.

The location features a partly reconstructed line of columns, a Roman cryptoporticus and a 6th-century baptistery. Other finds include Roman funerary art from the Roman and late Roman periods excavated from beneath a small chapel dedicated to Saint Sebastian built in the 16th century. Here too is a collection of funerary stones, some of which are beautifully carved with birds, hearts and wreaths. 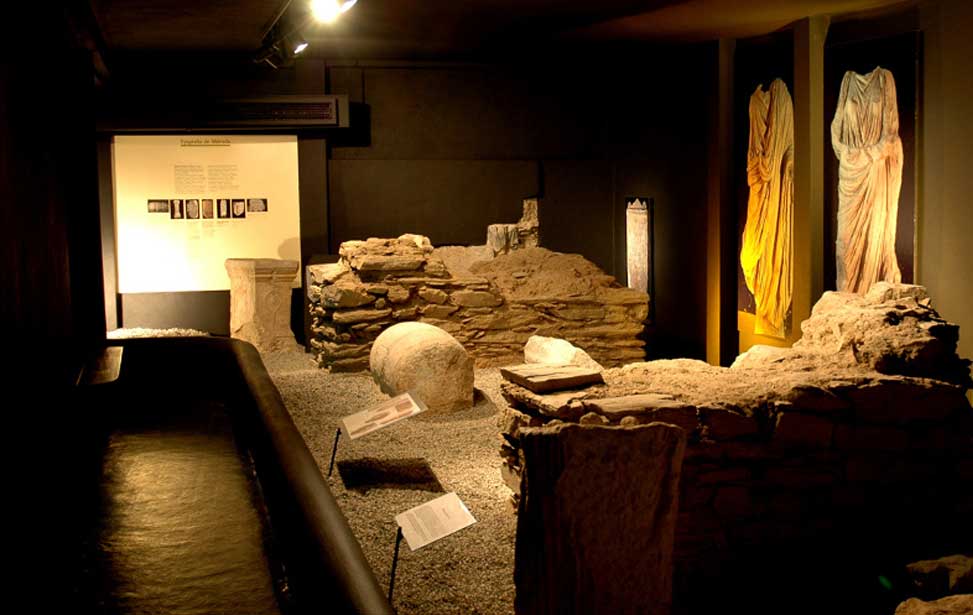 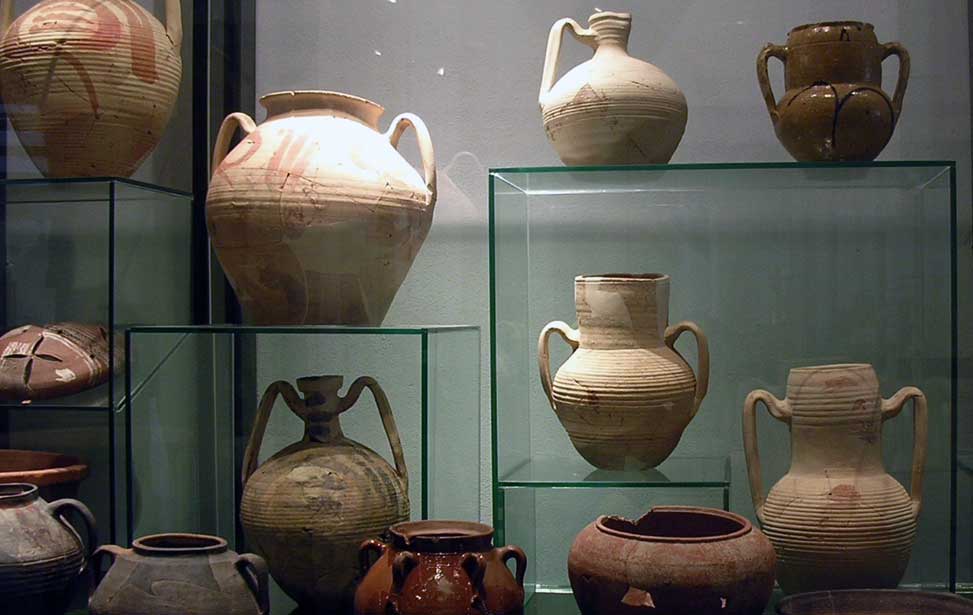 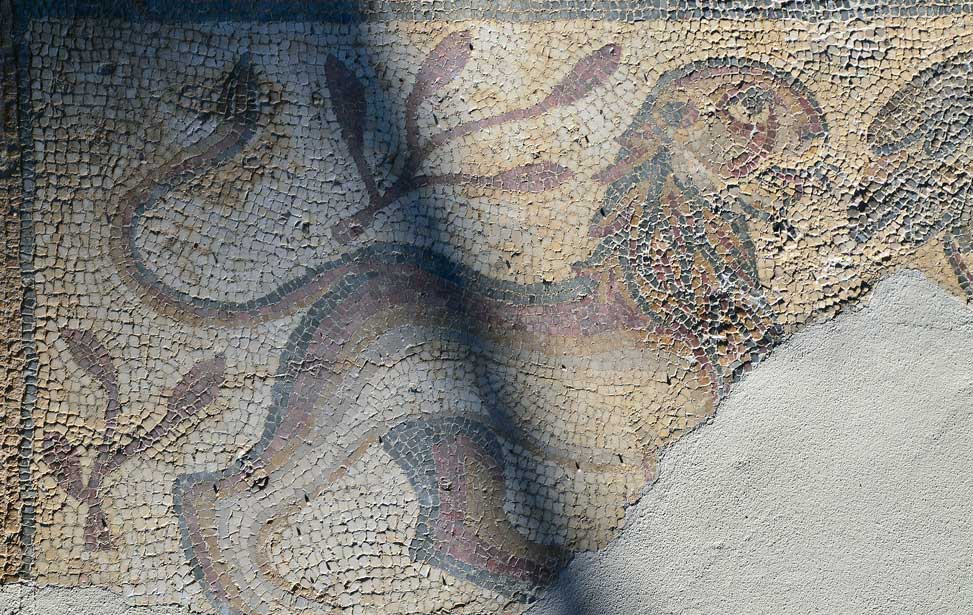 Tragedy struck the Town Hall in Mérola in 1982 when it burned down. During reconstruction two years later the remains of a Roman Villa were found under its foundations dating from the 1st-4th century. Architectural plans were altered to preserve the site and objects found there.

Located within an 18th-century building and positioned next to Porta da Ribeira, the Islamic Art Museum is the result of years of dedication to collecting and studying artefacts from the Islamic period, most of which were unearthed during archaeological excavations at the Alcáçova de Mértola (Mértola Alcazaba). On display are items from between the 9th and the 13th centuries and include a variety of objects, with an emphasis on architectural elements, tombstones, as well as everyday ceramic objects, most notably objects decorated using the dry rope technique, metals, and metal alloys, glass and carved bone. 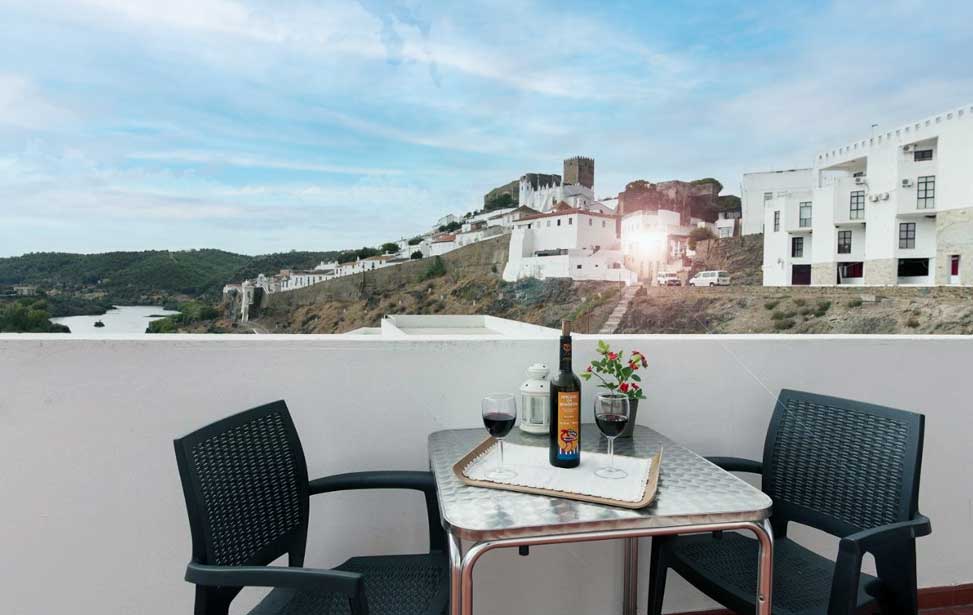 This charming guest house provides rooms with scenic views of the Guadiana River or of the whitewashed town of Mértola. The Beira Rio has its own boat for tours of the Guadiana River. Kayaks and bicycles are available for rental. All rooms are air-conditioned and equipped with a satellite TV for guests’ entertainment. The private bathroom is fitted with a modern shower cabin and toilet. Beira Rio’s public areas have free WiFi. A buffet-style breakfast is served in the cosy dining room with large windows to the river. Alternatively, guests can take the breakfast out to the terrace with excellent river valley views. Beira Rio’s riverfront location makes it a perfect base for fishing, boat tours and canoeing.
R. Dr. Afonso Costa 108, 7750-352 Mértola, Portugal. | 37° 38' 21.0" N | 07° 39' 41.0" W 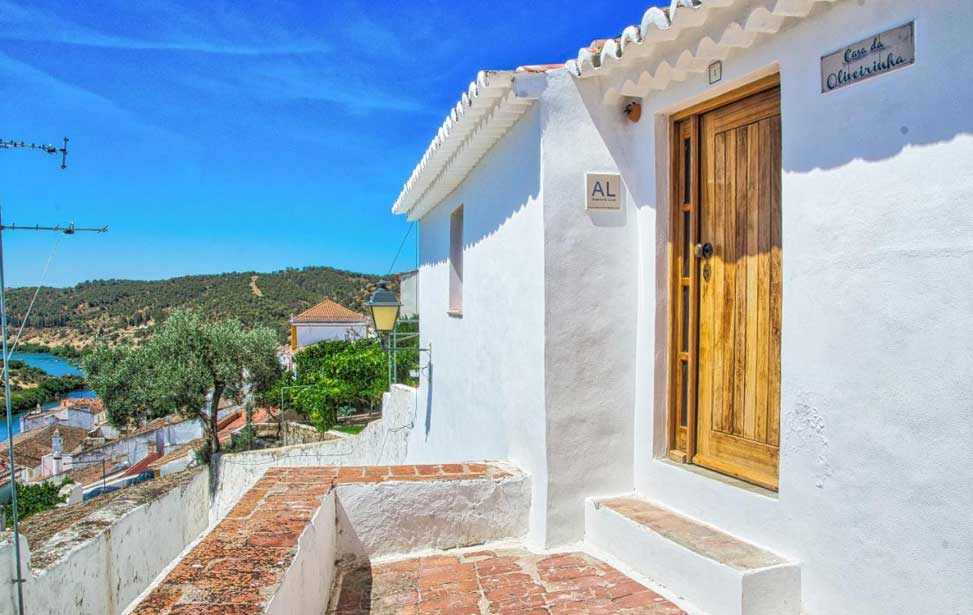 Set in Mértola, Casa da Oliveirinha offers air-conditioned accommodation with a balcony and free WiFi. The property has garden and town views. The holiday home is fitted with two bedrooms, two bathrooms, bed linen, towels, a flat-screen TV with satellite channels, a dining area, a fully equipped kitchen, and a patio with river views. The holiday home has a terrace. There is a garden with a barbecue at this property and guests can go hiking and fishing nearby.
Travessa da Oliveirinha, 1, 7750-338 Mértola, Portugal. | 37° 38' 15.2" N | 07° 39' 50.4" W 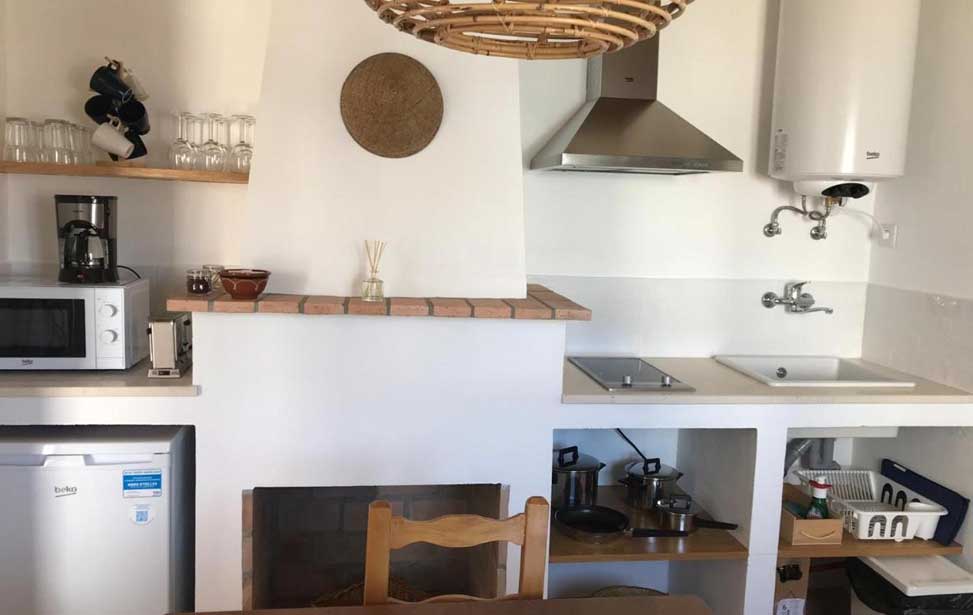 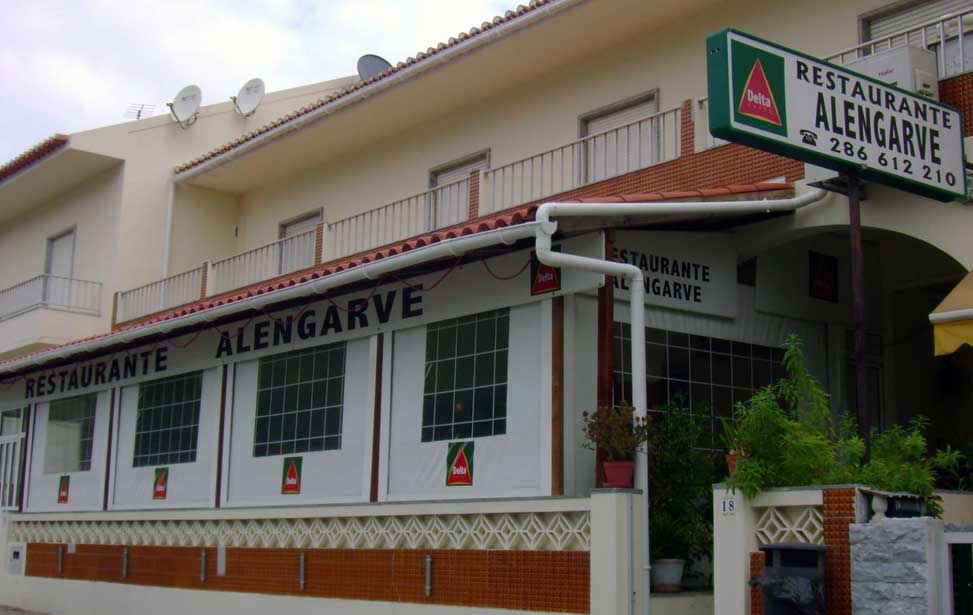 Hearty Alentejan fare is served in large portions at small prices. This family-run restaurant is completely unpretentious and honest. A popular haunt with locals so advanced booking is advisable. Outdoor seating is available on a raised terrace and free parking all along the street. Excellent house wine and a good selection on the wine list. 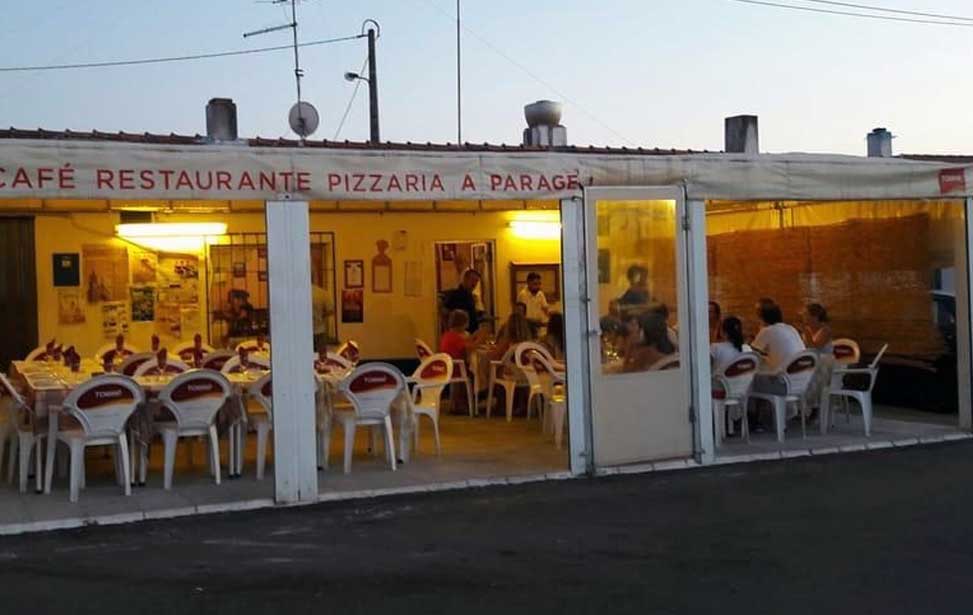 Located in Corvos nine kilometres east of Mértola the A Parage restaurant is a busy yet cosy local gem. Portions are typically generous but don't be shy to ask for a half portion (meia dose) or share a dish. Don't expect any bells or whistles, A Paragem's focus is on food and providing a good ol' fashioned good service. To avoid disappointment you should book in advance. Try the local wine as listed on the menu. 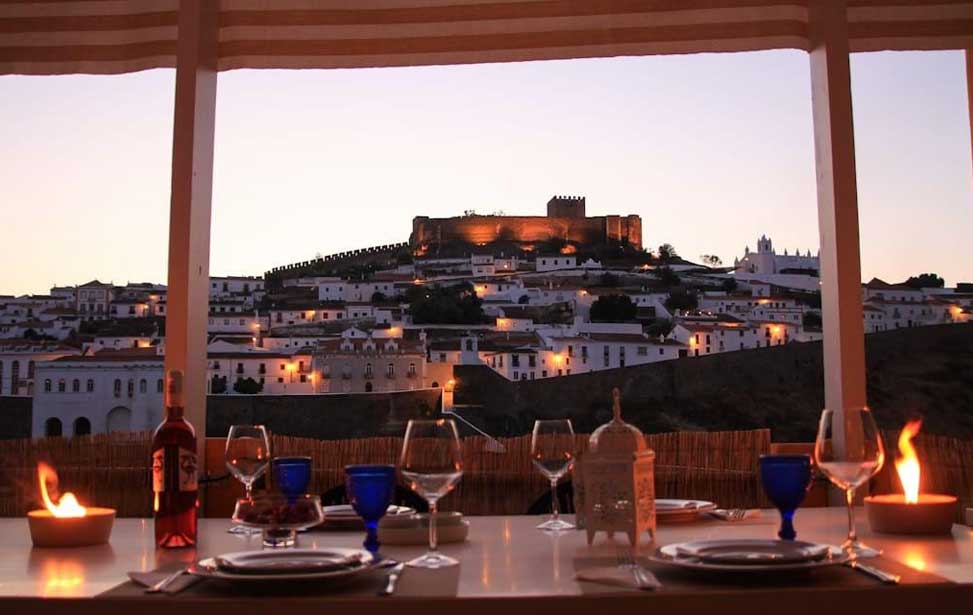 Great views of Mértola on the opposite bank of the river from the balcony. Local cuisine cooked to a very high standard at surprisingly good value. The staff are very accommodating and the dining experience is well worth crossing the bridge for.