Just nine miles (15km) south of Porto the up and coming seaside resort of Espinho is well known by people who reside in Northern Portugal but also, with continual investment and marketing, is now becoming attractive to foreign tourists alike. It's good transport links to Porto makes it an excellent choice if one decides to spend a day on the beach. Espinho's new underground train station is close to the long promenade and the sea front. The five miles (8km) of sandy beaches are the centre of activity for sun worshipers, beach volleyballers, posers and joggers alike. There is a moderate surf here, enough to have fun with but no challenge for the veteran surfer.

Espinho was originally a fishing village, evidence of which can still be found in the guise of the occasional brightly painted fishing boat beached on the sands. With the coming of the railways Espinho grew rapidly during the 19th century and the town layout was built on a grid system with streets having numbers rather than names. 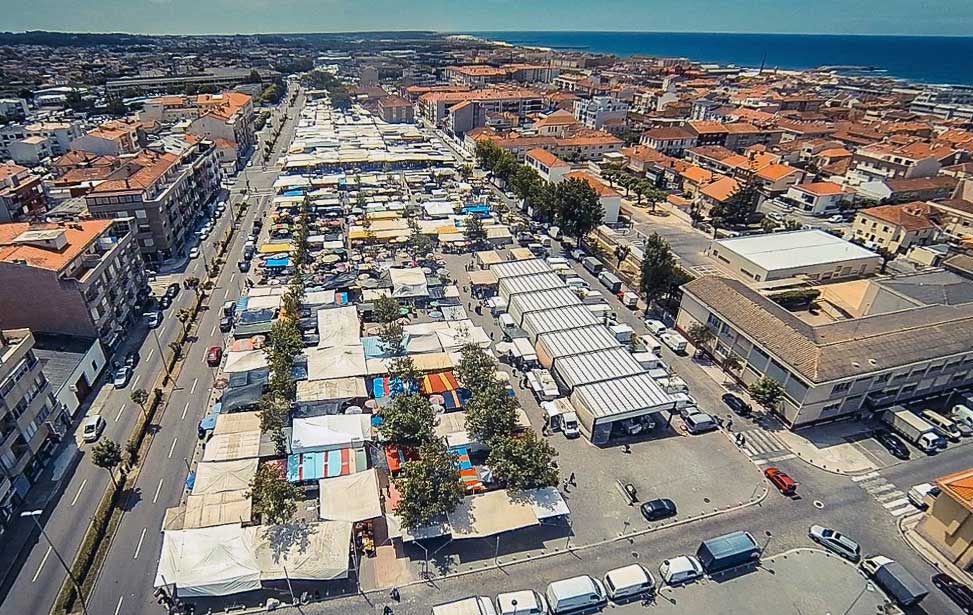 The market in Espinho (Feira de Espinho) dates back to 1894 and is well known in Portugal. Every Monday from 07h00 to 20h00 it occupies an area of three streets and where a wide array of local produce, earthenware, shoes and clothes amongst various other curiosities. If you go to Espinho on a day other than a Monday you can find consolation in the many interesting shops in the town centre (the town's main shopping street is Rua 19), carved-wood models of Portuguese fishing boats painted in bright colours, woven baskets, and dolls in regional dress are popular items.

Designed by Adães Bermundes in a neo-romanesque revivalist style it was commissioned by Joaquim Teixeira Silva Amaral to replace the Capela da Praça Nova church which fell victim to the sea. Construction started in 1930 and features an imposing bell tower and it's main structure forms a latin cross with a single nave and transept. A small flight of stairs lead you to a rounded portal crowned by a triangular pediment. Inside can be found several chapels, one of which contains a large image of christ painted on wood. 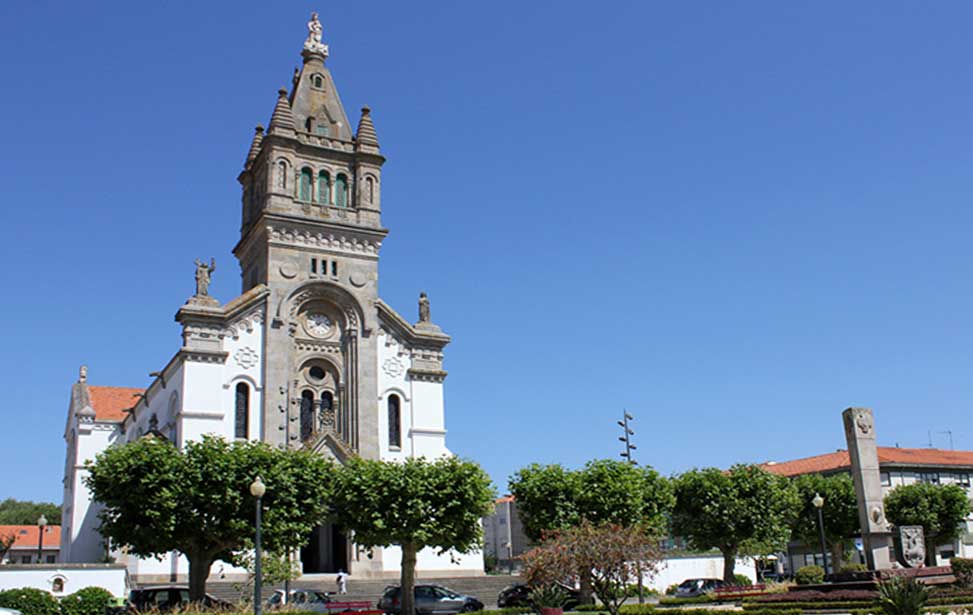 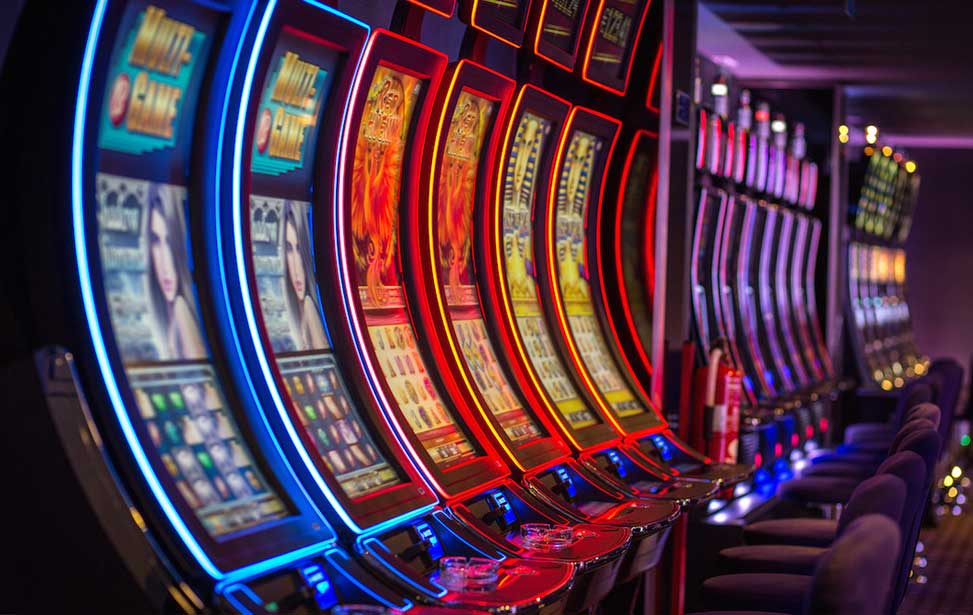 Since 1974, other than beach activities, Espinho is also well known for it's casino, offering a varied cultural programme including live music, dance and comedy performances, cabaret, and of cause many entertaining ways to part with your money. Casino Espinho is the largest and most diversified entertainment and leisure complex in the north of Portugal.

With a number of decent restaurants and bars Casino Solverde offers a full range of entertainment. Spread out over the 3rd, 4th and 5th floors, interconnected by lifts and escalators, the mixed games room of the Casino Espinho has a wide range of table games and 777 of the most up-to-date slot machines with about 286 different games. With a capacity for 280 seats, the Casino Espinho Bingo room offers a comfortable and relaxed atmosphere, with a beautiful view to the sea, for moments of pure fun.

Espinho has a long stretch of beach running the length of the town, starting in the North at the start of the Passadiço Espinho boardwalk across the dunes and the dividing line between Porto and Aveiro districts. The beaches which runs from this point to the pier at the southern end of collectively known as the Praia da Frente Azul and subdivided according to the respective beach bar: Marbelo, Pop, Azul, Seca and Costa Verde. The conditions here are ideal for bathers and sun-bathers alike and are patrolled by coastguards. Beach sports are often played here too such as volleyball, basketball and football. The surf here is gentle yet steady ideal for body-boarding and windsurfing. It's along this stretch you'll find the Piscina-solário Atlântico an out door swimming pool protected by the Atlantic winds by an exterior wall, it includes a children's pool, a bar and a sun bathing area. 41° 00' 52.2" N | 08° 38' 41.3" W

Praia da Baía beach is particularly favourite for surfing and is probably the best beach in the North of Portugal for surf. The beach is framed North and South by two piers forming a manmade bay. As with Praia da Frente Azul there's plenty of amenities here and a good choice of seaside bars and eateries. Here too you'll find amazing sunsets, an ideal way to end a days beach combing along with a cold beer. 41° 00' 33.9" N | 08° 38' 46.3" W

Praia das Sereias means Mermaid's beach but in reality it's frequented mostly by families who take advantage of the shelter from Atlantic winds at the base of a massive boulder. Popular also with surfers who enjoy the year round constant swell here.

Beyond Praia das Sereias's Southern pier is the stretch of sand known as the Praia do Bairro Piscatório Beach. It's name refers to the fisherman who apply their trade here. Known as known as Arte Xávega this form of fishing dates back to the 18th century which involves attaching one end of a net to shore whilst taking the other end out to sea and pulled into an arch to trap catch sardines, mackerel amongst other fish. The district here is known as the Bairro Piscatório and lining the shore here are traditional fisherman's cottages and their brightly colour boats moored up on the beach. Favourable bathing conditions continue on the beach to the south beyond Praia do Bairro Piscatório's Southern pier. 40° 59' 52.4" N | 08° 38' 47.8" W

The protected dunes north of Espinho are both of ecological importance and pleasing to behold. First initiated to help bind the sand in place and prevent coastal erosion, the dunes now are home to rare hardy fauna, reptiles, birds and insects. A twelve kilometre network of wooden pedestrian and cyclist pathways known as the Ecovia Litoral traverse the dunes and link Espinho to areas of natural beauty and ecological interest. 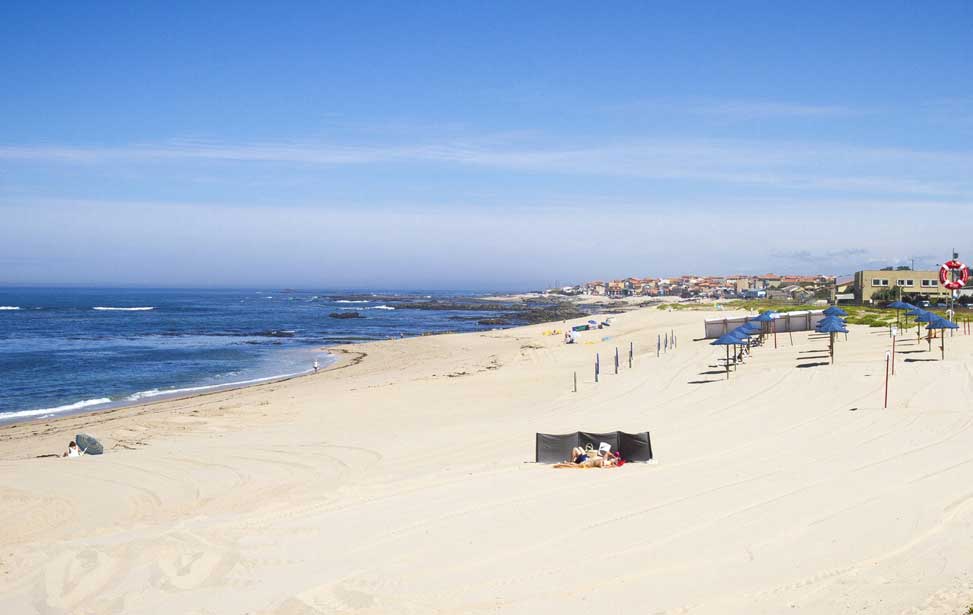 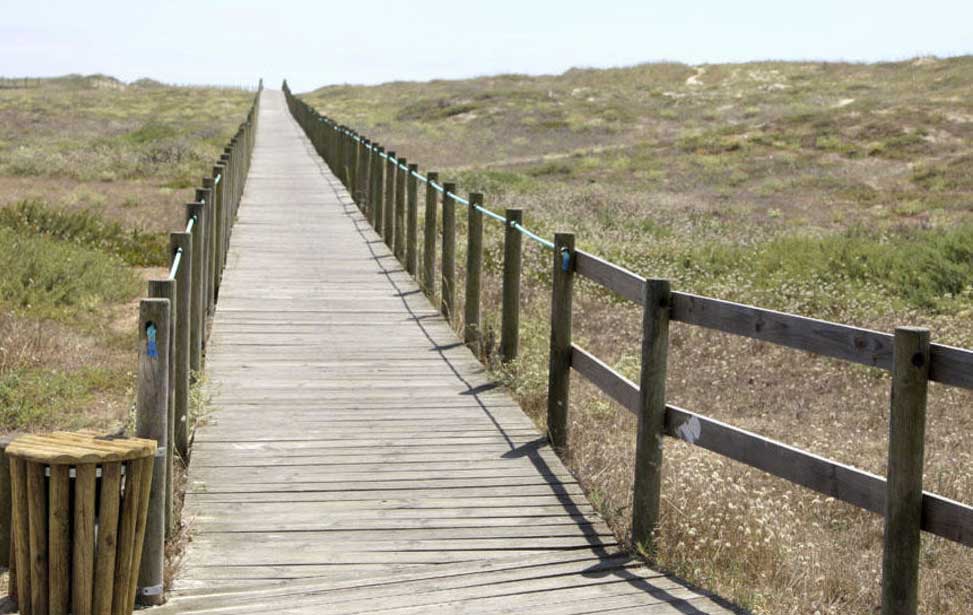 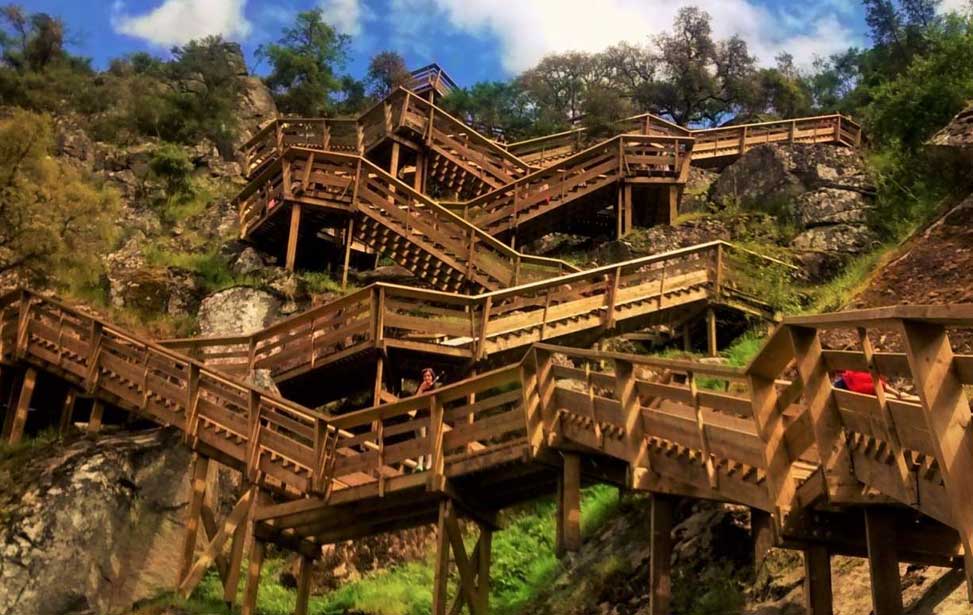 The spectacular Paiva Walkways are perfect for nature lovers who want to see idyllic landscapes. You’ll have a carefree day from the onset with round-trip transfers provided. Avoid long visitor lines by having an entrance ticket to Paiva Walkways included. After exploring the walkways, you’ll visit Aveiro on foot, enjoy a scenic boat ride along the canals, and also visit Costa Nova fishing village. No need to book transport—hotel pickup and drop-off provided. An enchanting boat ride along Aveiro river canals is included. 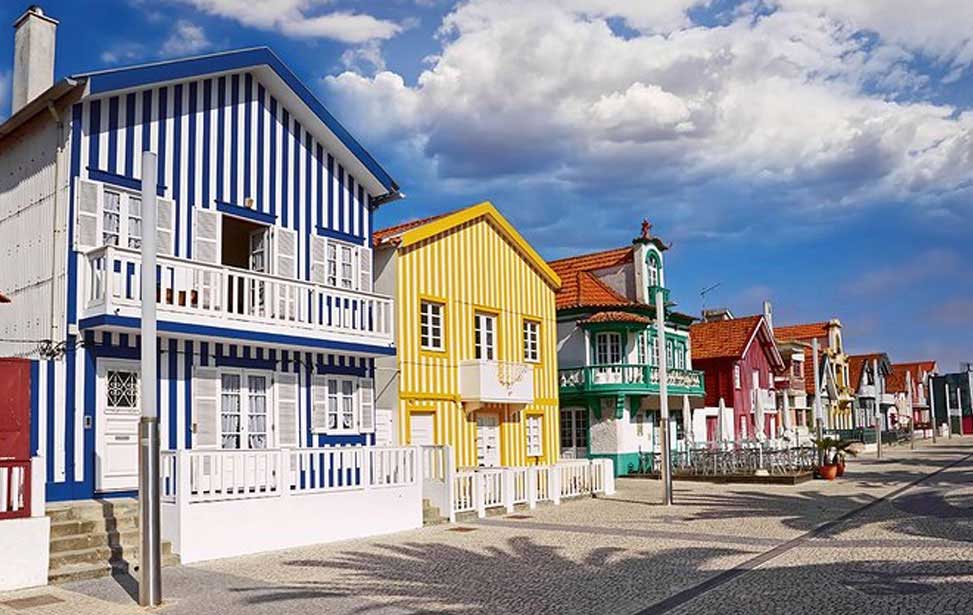 Explore the coastal canals of Aveiro on a tour that includes a Moliceiro cruise during a half-day guided trip from Porto. Aveiro’s charm lies in its Venice-like canals, which you will experience aboard a classic ‘moliceiro’ boat. Walking alongside an expert guide, discover more captivating sights of Aveiro’s town centre. On your trip back to Porto, stop in the stripy fishing town of Costa Nova and visit its spectacular white sand beaches. For your convenience, this tour offers a choice of both morning and afternoon departures. 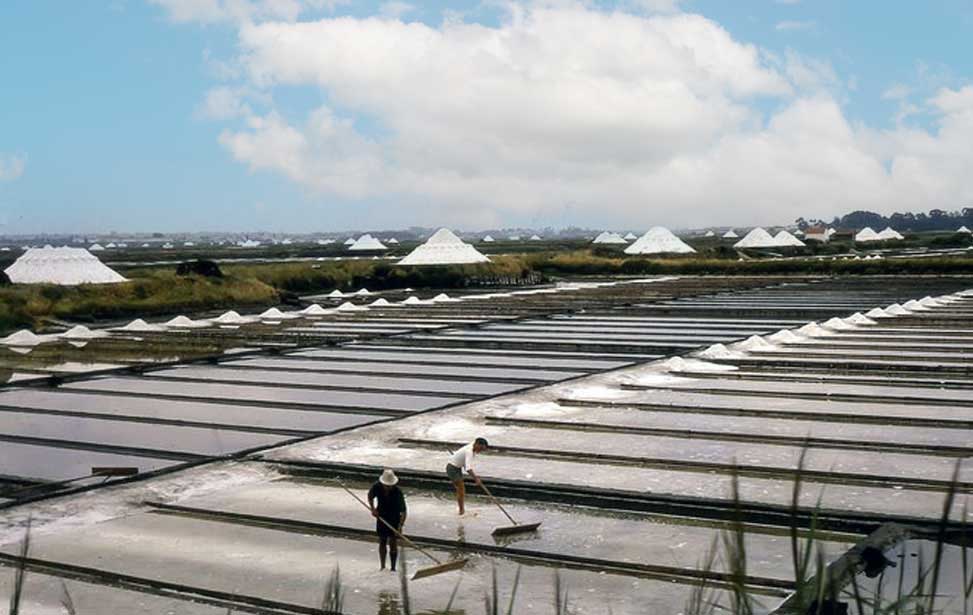 A visit to the city of Aveiro, a trip on typical boat “Moliceiro” among its numerous water channels is mandatory. Its incredible natural and architectural beauty, perfectly aligned with its people, give a lively idea of a cheerful town where water and sea have the leading role. Discover the charm of this delicate and seductive art period of the 20th century by taking a walking tour with a guide through the Art Nouveau route, a track created to help to identify all buildings and monuments. We will also visit the beach of Costa Nova and its peculiar coloured striped houses. 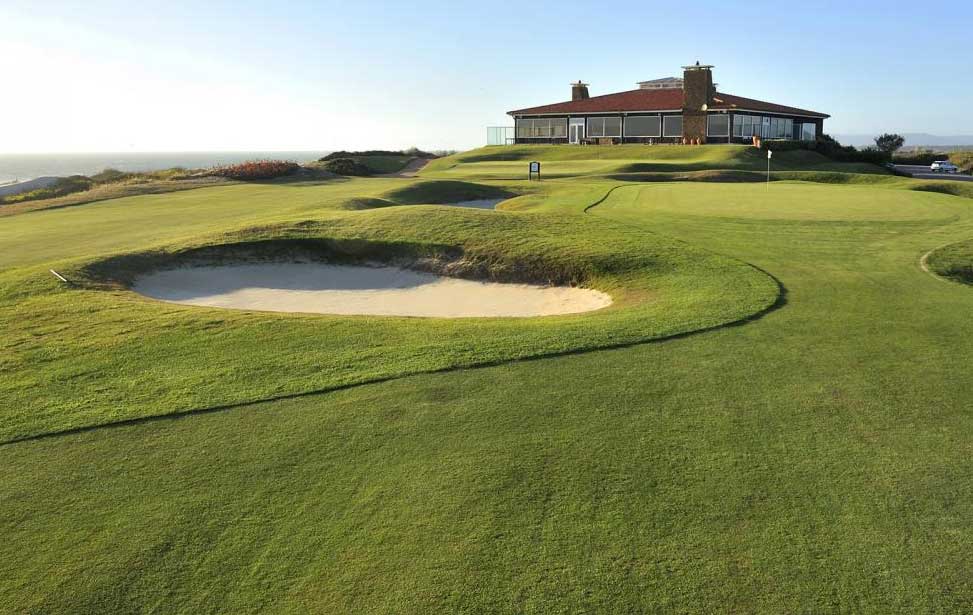 Oporto Golf Club is the oldest golf course in the Iberia Peninsula was founded in 1890. Golf was originally introduced to Portugal by British Port traders and Oporto Golf Club has seen continual redevelopment ever since. Its home to Skeffington, Dockery and Kendall Cup tournaments and is fully equipped with a driving range, putting green, chipping green, practice bunker, shop, bars and restaurant. A pitch and putt was introduced in 2004 for family fun. Playing in this course can be more than a simple golf game, enjoying its magnificent landscape with the sun glinting off the shore and the mild Atlantic climate. Enjoy also the hospitality and the high gastronomical quality of the Club House.
A valid handicap certificate from player’s home club is required. Handicap limit: men 28, women 36 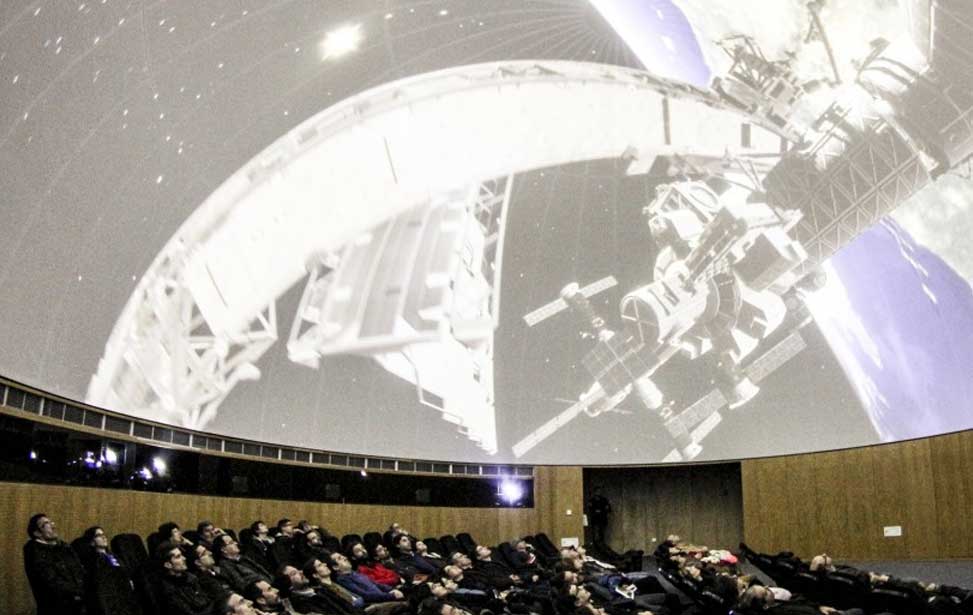 The Planetarium is a truly unique environment and an award winning facility. Located within the Centro Multimeios de Espinho complex, (Multimedia Centre), it is equipped with 80 seats, the viewer is immersed in a fantastic universe simulator. Making use of a projection system based on three independent units, the Planetarium displays shows produced by Navegar Foundation team, leading the viewer to distant places, like the Moon, Mars, planetary nebulae, or even the mysterious black holes… The planetarium shows are aimed at all audiences, always with a strong didactic component. This unique space also serves as a "stage" for other events such as "Camping in the Planetarium", special dinners, Immersive Film Festival - IFF, music concerts, among other activities. 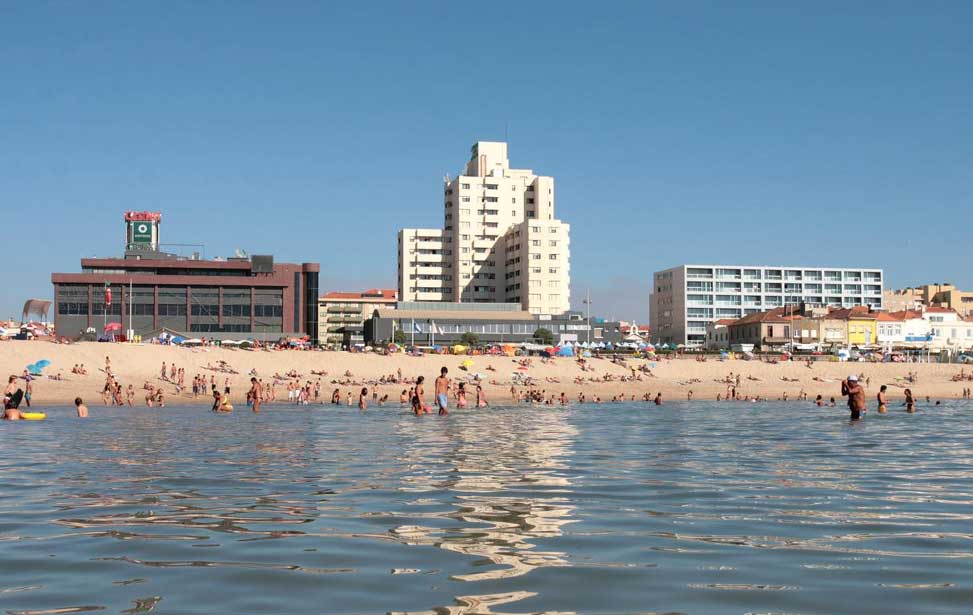 With all the quality you expect from a four star establishment the Hotel Solverde is one of the grandest in the area. Only two minutes from Espinho and 15 from Porto, the hotel is ideally placed for leisure and business. It has a private access to the beach and excellent views out to sea. It's Spa & Wellness centre is one of the best in the country offering a wide range of remedies for mind, body and spirit. The hotel is also well known for the quality of food served within it's restaurant. 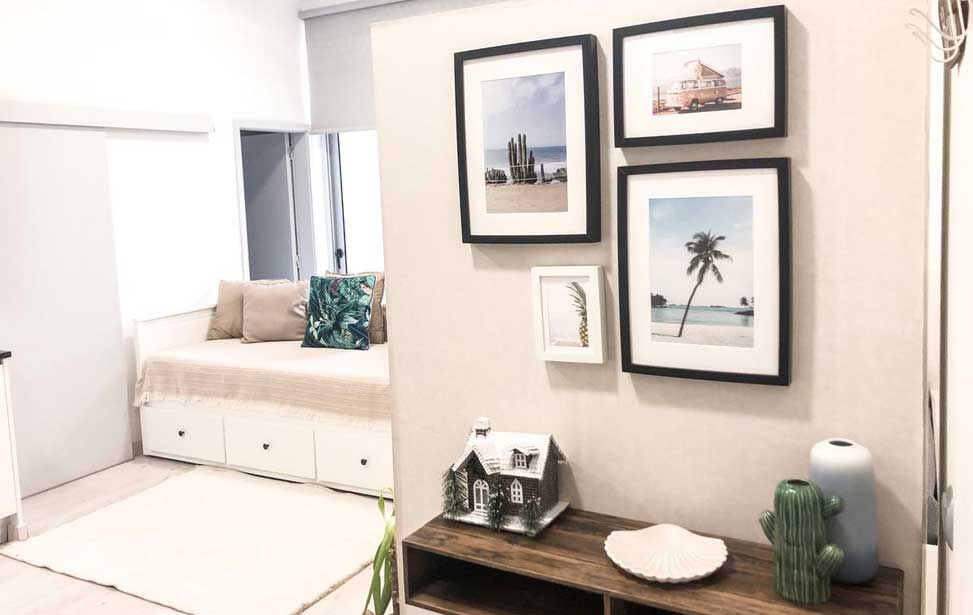 Situated in Espinho, just 100 yards from Frente Azul Beach, Sea, Sand and Sun Spot - Espinho Beach features beachfront accommodation with free WiFi. The apartment is in an area where guests can engage in activities such as hiking and fishing. The apartment has one bedroom, a flat-screen TV with satellite channels, a fully equipped kitchenette with a microwave and a fridge, and a bathroom with a shower. Popular points of interest near the apartment include Baia Beach, Navy Areal Beach and Espinho Congress Centre. The nearest airport is Francisco Sá Carneiro Airport, 23.6 miles from Sea, Sand and Sun Spot - Espinho Beach.
Rua 8, 297, 4500-153 Espinho, Portugal. | 41° 53' 57.9" N | 08° 49' 00.5" W 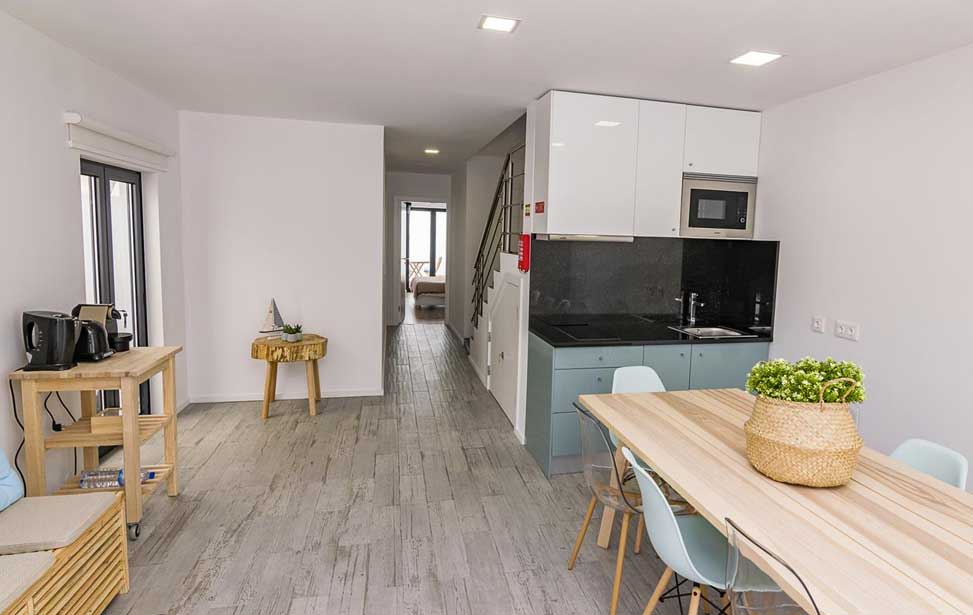 Beach & Sea Guesthouse is situated on the beachfront in Espinho, 100 yards from Rua 37 Beach and 350 yards from Bairro Piscatório Beach. Boasting family rooms, this property also provides guests with a terrace. The accommodation features a shared kitchen and free WiFi throughout the property. The rooms at the guest house are fitted with a seating area, a flat-screen TV with cable channels and a private bathroom with a hairdryer and a shower. All units at Beach & Sea Guesthouse have air conditioning and a wardrobe. Guests at the accommodation will be able to enjoy activities in and around Espinho, like cycling. Baia Beach is 450 yards from Beach & Sea Guesthouse, while Espinho Congress Centre is 0.9 miles from the property. The nearest airport is Francisco Sá Carneiro Airport, 24.2 miles from the guest house. 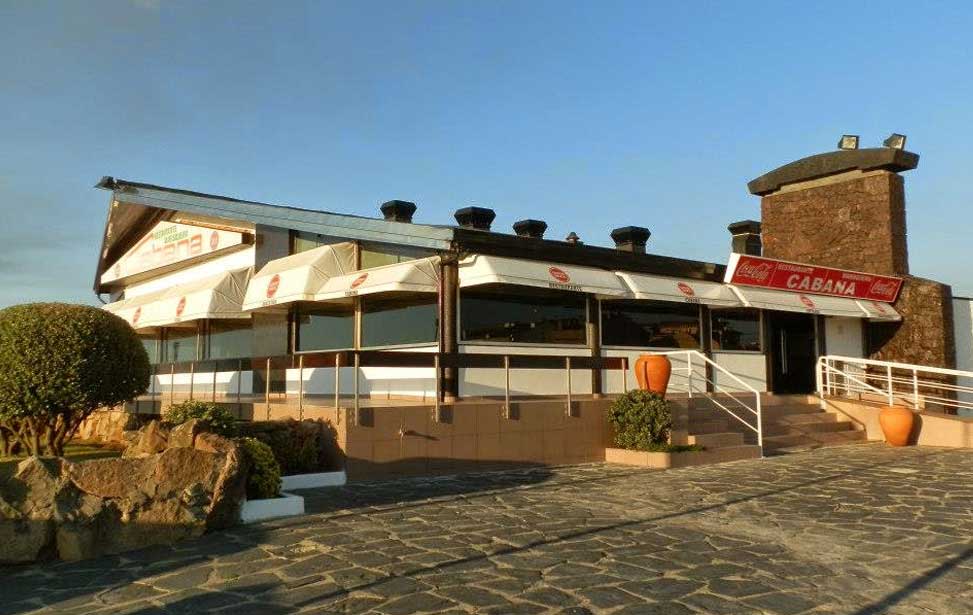 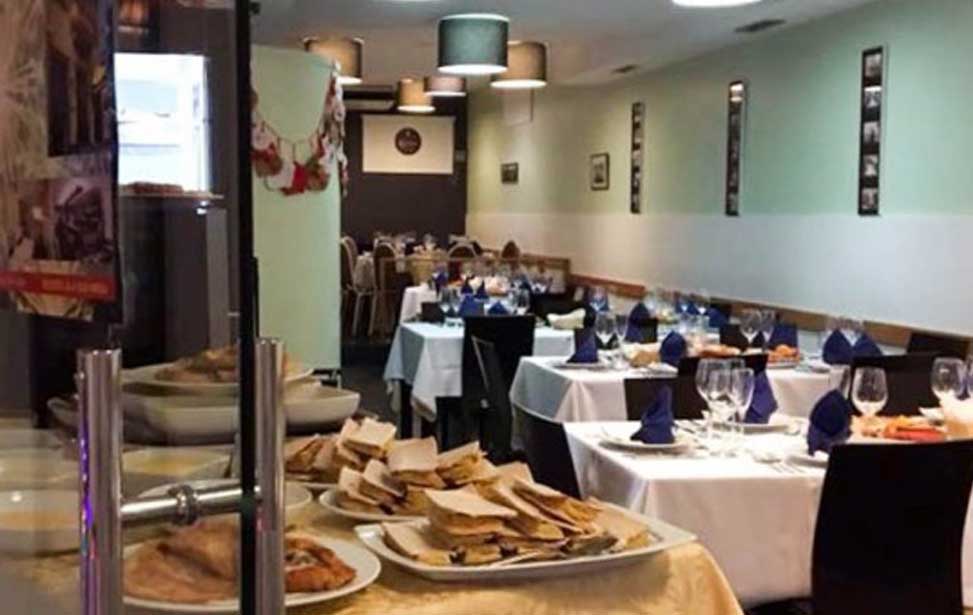 A very friendly restaurant serving food of high quality at affordable prices. The wine list is well chosen and reasonable. 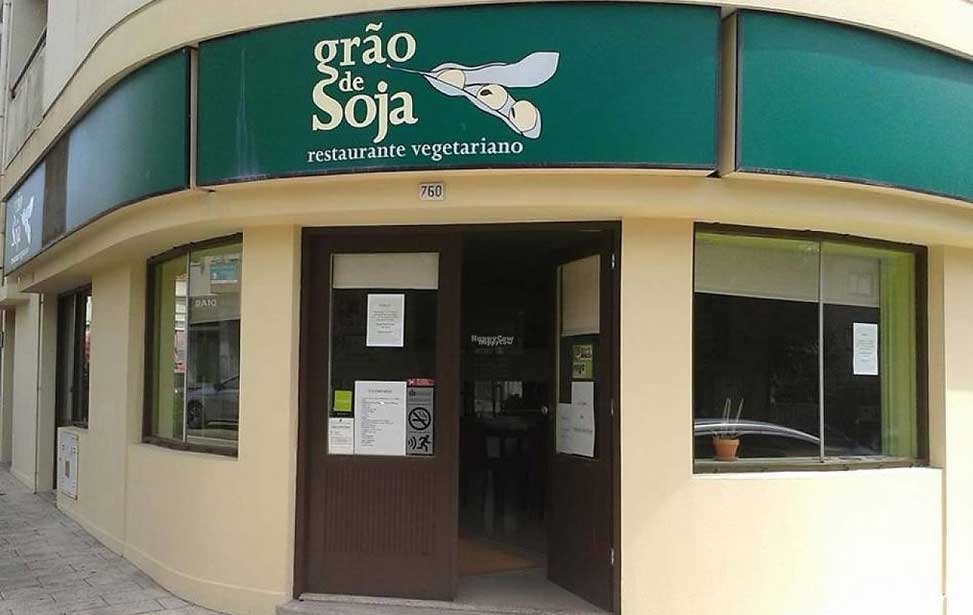 A vegetarian and vegan restaurant which serves locally sourced fresh produce at reasonable prices. The dishes are inventive as they are tasty. The atmosphere is warm and friendly and the staff equally so. If only they would open evenings.