Set amongst rich fruit orchards and olive groves, the old Garrison Border town of Elvas and its surrounding fortifications stand guard against Spain and the Spanish city of Badajoz. Elvas is one of the greatest and most heavily fortified frontier towns in Europe. The town's fortifications were designed by the Dutch military architect Padre João Piscásio Cosmander. They remain some of the best-preserved examples of the Dutch school of fortifications anywhere and have gained Elvas World Heritage status. 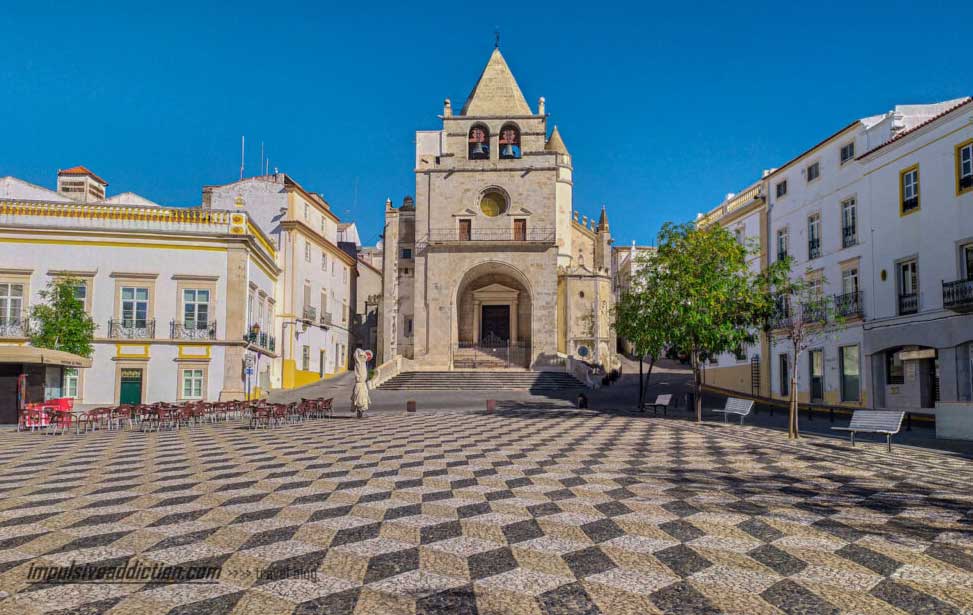 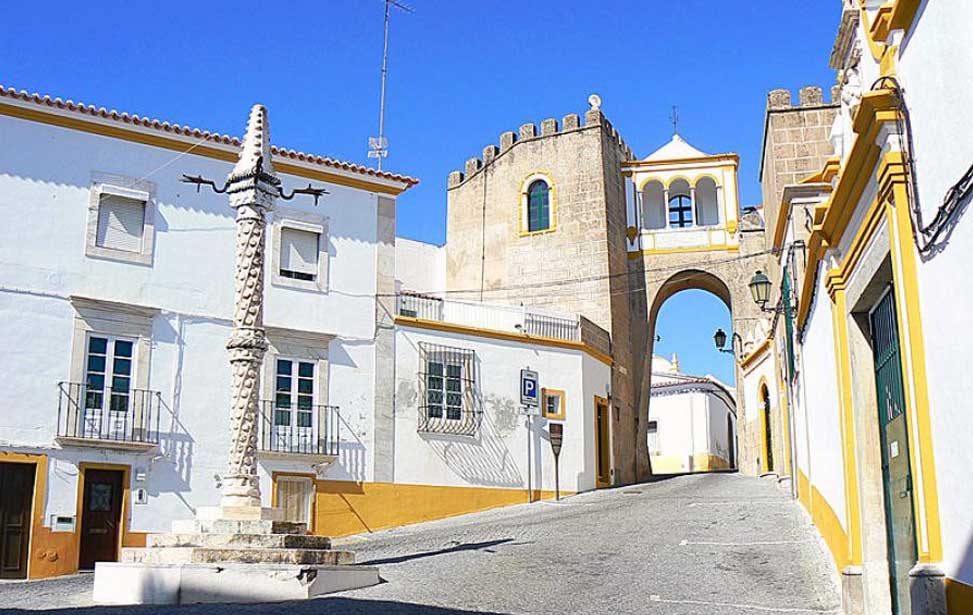 Within its star-shaped ramparts, the town contains old barracks and other military buildings. There are also plenty of old churches and monasteries. Retaining much of its original 10th-century Moorish character in the old town; narrow streets houses with elegant iron window grilles, fine archways and many picturesque squares.

The central hub of Elvas and a good place to start your visit would be the Praça da República square. On the perimeter of the square are some pleasant eateries with outdoor seating, an ideal spot for taking in the atmosphere and browsing through literature obtained from the tourist office also located on the square. The square is paved in a cube design mosaic (calçada Portuguesa) and on the south side is the old 16th-century town hall which houses a small regional museum.

On the north end, one finds the Igreja Nossa Senhora da Assunção (The Church of Our Lady of the Assumption) designed in the Manueline style by Francisco Arruda in 1517. The church was once the town's cathedral until 1882 and Elvas lost its episcopal status. Its exterior takes on the frontier look with battlements running down its longest sides. Extensive renovations and restyling took place in the 17th and 18th centuries, intending to enrich its interior. Sone remaining Manueline features is the narthex entrance under the tower, the lateral portal and the pillars inside harbouring an 18th-century marble-tiled chancel. One 18th-century addition is a sumptuous gilded organ attributed to the Italian Pascoal Caetano Oldovini.

A charming little triangular-shaped cobbled square with a 16th-century Manueline pillory (pelourinho), an ancient symbol of municipal power, as its centrepiece. Made from marble, the pillory still has four dragon-headed arms from which lawbreakers were once hung.

In the northeast corner of the square is the impressive 10th century Arco de Santa Clara archway. It is topped with a loggia and was once part of the original Moorish defensive walls.

The plain exterior of the Igreja Nossa Senhora da Consolação church betrays a lavish interior, with painted marble columns and impressive 17th-century tiles that adorn the walls and domed ceiling. Once a Dominican Church, it is the only remaining part of a monastery, built in the 16th century. It is believed the church's octagonal foundation originates from a Templar church that once stood here, dedicated to Mary Magdalene.

Perched on the highest elevation of the town, known as the Costa da Vila Fria, is the Castle (Castelo) of Elvas. The original construction was built by the Moors during their occupation between the 8th and 12th centuries. The citadel has undergone subsequent rebuilding during the 13th and 15th centuries. The foundations of the castle are an irregular quadrilateral polygon, flanked by towers in the south, west and north. During its dramatic history, the castle played a pivotal role during the wars with Castile, the war of Restoration and the Peninsular wars with Napoleon.

Entrance to the citadel is gained through a Roman arch gate, the Porta da Vila (Town Gate), through the wall between the two main towers. Once inside you'll step onto the main courtyard. Access to the battlements is made up of a staircase on the northwestern wall, defended by three simple embrasures and through a doorway with a broken bow, that also provides access to the Porta da Traição (Traitor's Gate). A stroll around the battlements offers the visitor dramatic views of the Forte de Graça and over the surrounding rolling plains. 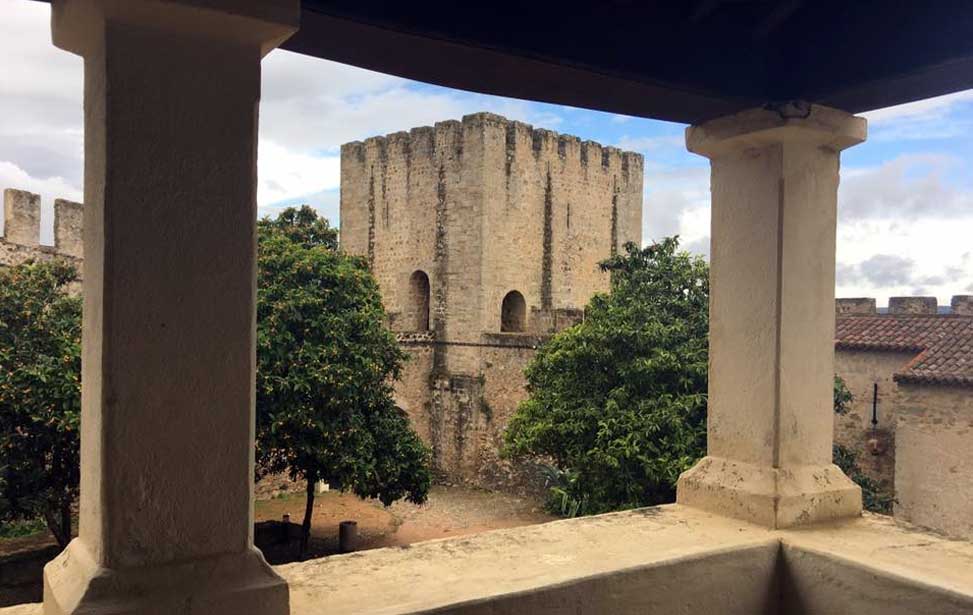 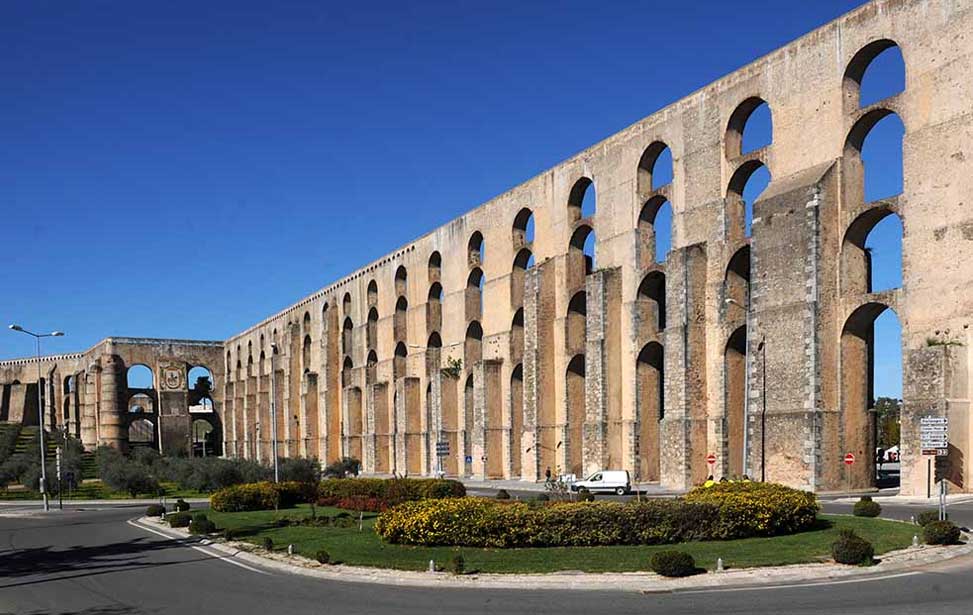 Believed to be the largest aqueduct on the Iberian peninsula, the Auqueduto de Amoreira contains 843 arches that extend eight kilometres (5 miles) over the Alentejan plains and raises 30 metres at its highest point. Work started in 1498 and took 124 years to complete. Prior to the aqueduct water was drawn from the town well located near the old Episcopal Palace but by the 15th century, it had become apparent a more efficient way of bringing water to the town was required. In 1537 John III of Portugal appointed the architect Francisco de Arruda, who was responsible for the aqueduct at Évora, the Senhora da Assunção cathedral and the famous Torre de Belém in Lisbon. 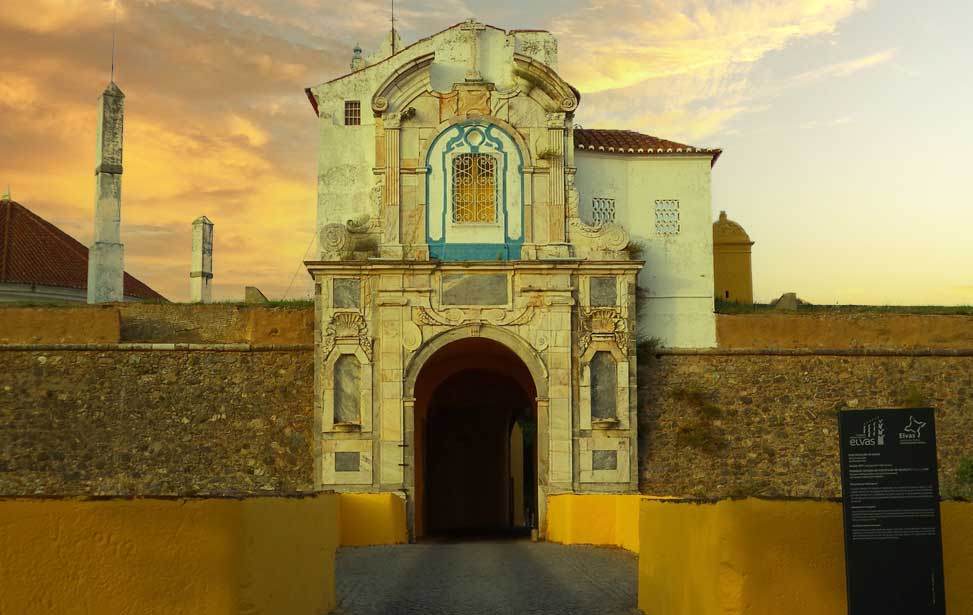 A unique way to explore the beautiful World Heritage town of Elvas and its stunning monuments. The tour starts in the late afternoon when the day becomes cooler in the Praça da República. Enjoy one of the most beautiful sunsets in the Alentejo, on an exclusive private tour. 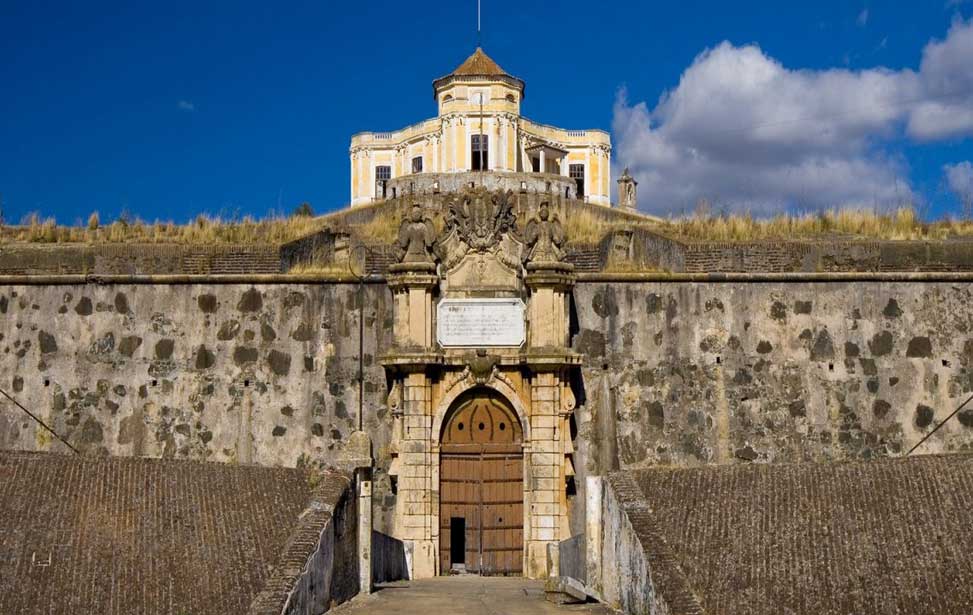 Experience the top historical and cultural attractions of Elvas and Badajoz on this guided excursion from Lisbon. After a convenient hotel pickup, visit sites like the forts of Santa Luzia and Nossa Senhora da Graça. Enjoy a delicious complimentary lunch in the UNESCO-designated city of Elvas before heading to Badajoz and stopping by the Alcazaba and other important sites. Admire the picturesque architecture of Évora on the return drive to Lisbon. 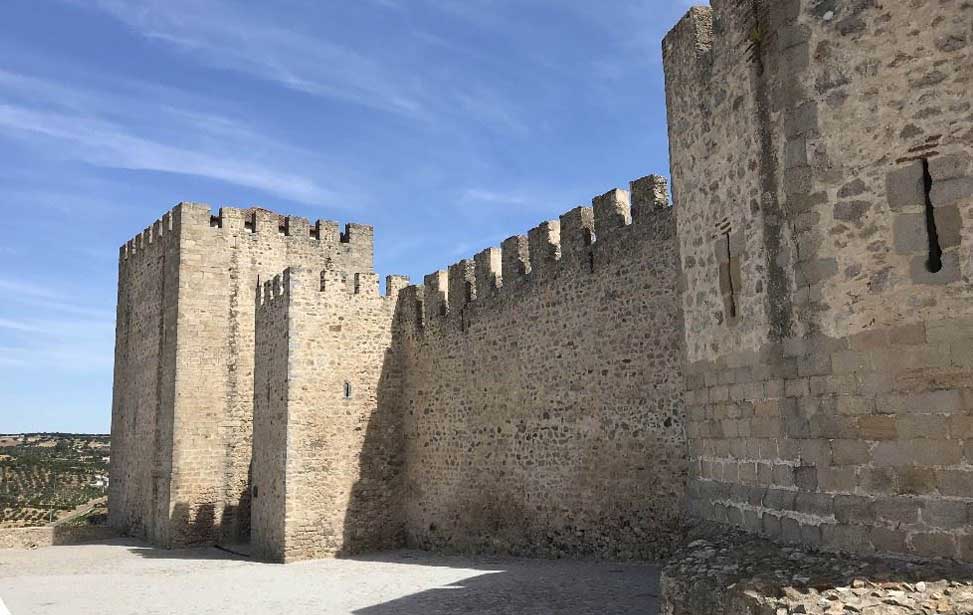 Walking Tour in the Historic Centre of Elvas

Starting at the iconic Praça da República take a guided walk through the history and heritage of the historic centre of Elvas, a world heritage town. Friendly, informative and unforgettable.

THE FORTS OF ELVAS

A kilometre north of Elvas in the parish of Alcazaba is the Forte de Nossa Senhora da Graça fortress, also known as the Forte Conde de Lippe, with imposing star-shaped ramparts. Built-in 1763 on the highest point in the region, the Monte Graça hill, where once stood an ancient chapel dedicated to Our Lady of Grace. Construction took thousands of mobilised hands thirty years to complete and has since stood defiant against many invading armies, including Spanish troops during the War of the Oranges (1801) and the French bombardment of General Soult during the Peninsular War (1811). Forte de Nossa Senhora da Graça is composed of three lines of defence with pentagonal bastions at the corners. Forte Conde de Lippe is considered a masterpiece of 18th-century military architecture and is now a UNESCO World Heritage Site. Restoration is ongoing. | 38° 53′ 41.1″ N | 07° 09′ 51.4″ W Tuesday - Sunday: 10h00 - 18h00, Monday: CLOSED 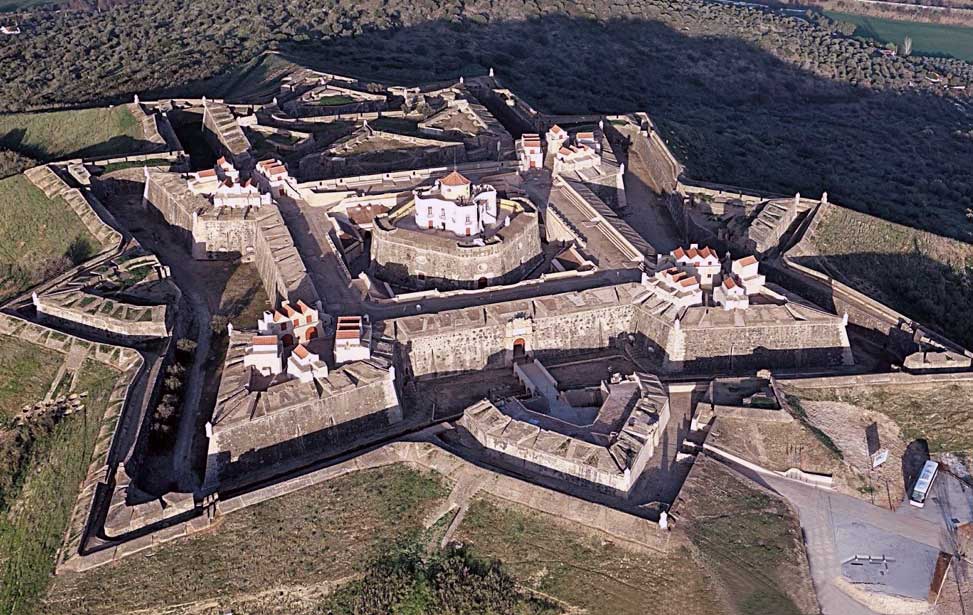 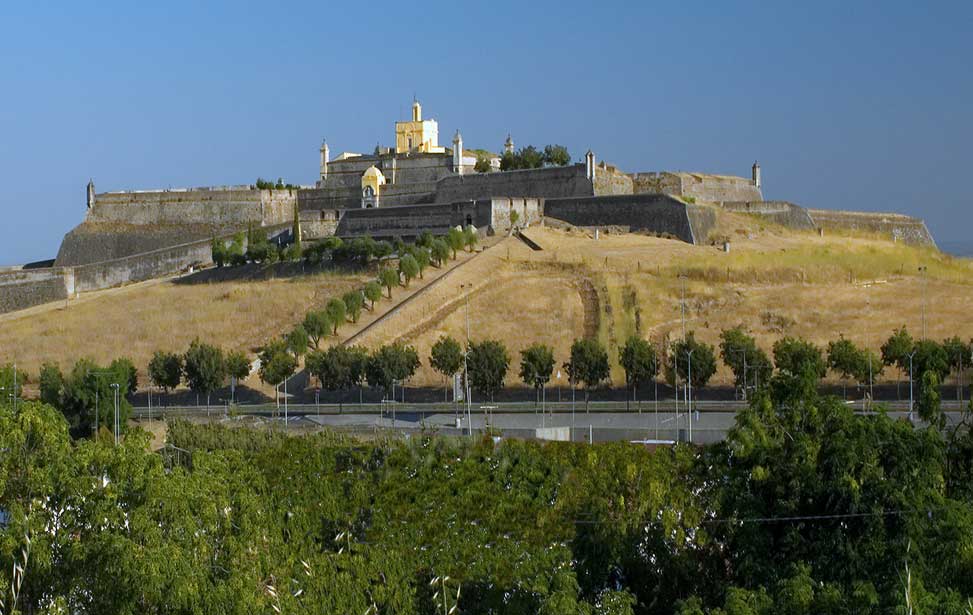 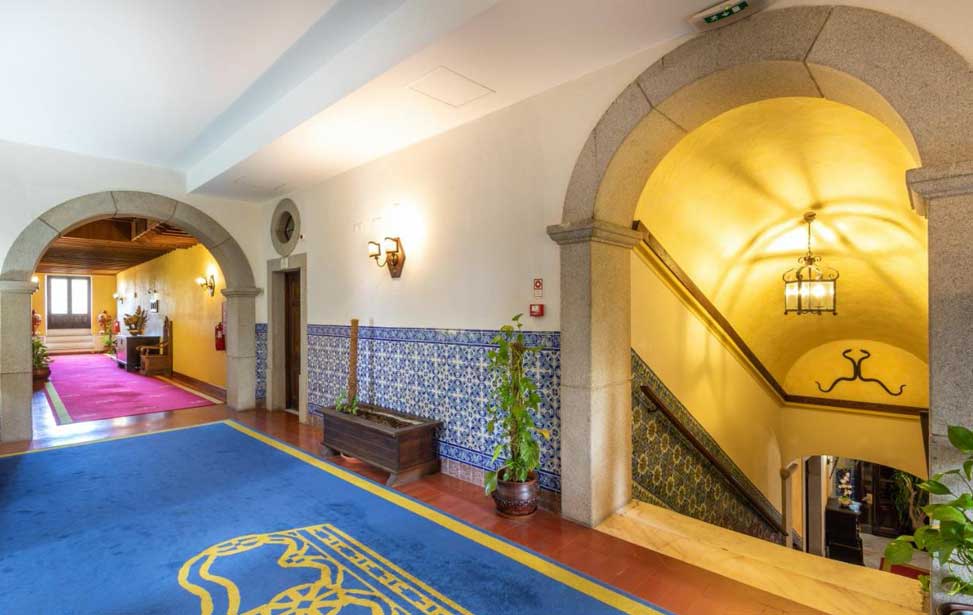 São João de Deus Hotel is located in the historic heart of Elvas, situated in a converted convent. It offers 56 double rooms, function rooms, the Cellar decorated as a café and a swimming pool with an excellent view. The Restaurant is open daily and has a capacity for 90 guests, in different halls, preserving the structure of the old convent`s dining room, where the old hearth can still be found. Largo São João de Deus, 1, 7350-200 Elvas, Portugal.
38º 52' 41.9" N | 07º 09' 57.3" W 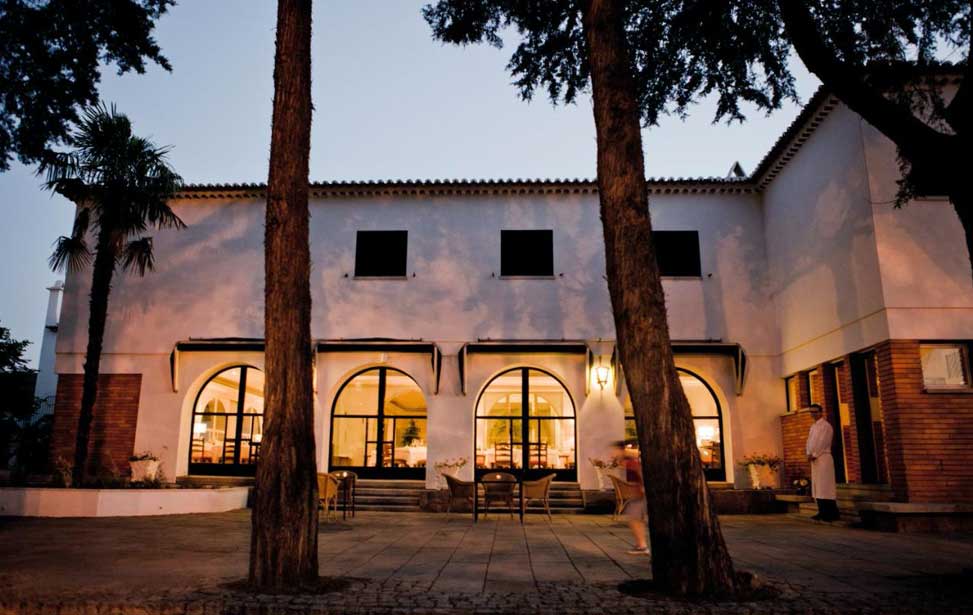 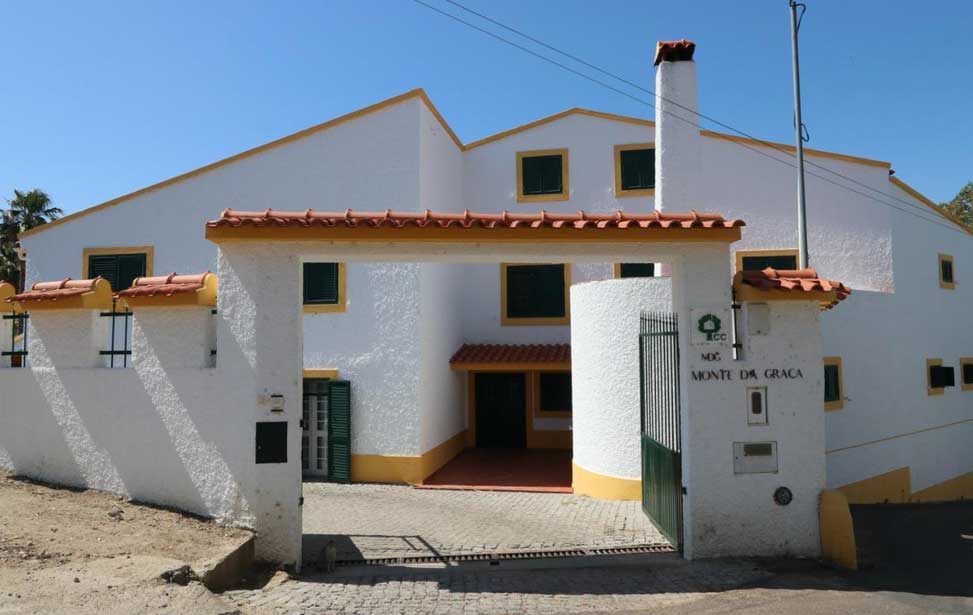 Situated in Elvas, Monte da Graça features accommodation with free WiFi, air conditioning and access to a garden with an outdoor swimming pool. Guests at the bed and breakfast can enjoy a continental or a buffet breakfast. Monte da Graça offers a barbecue. A children's playground can be found at the accommodation, along with a shared lounge. 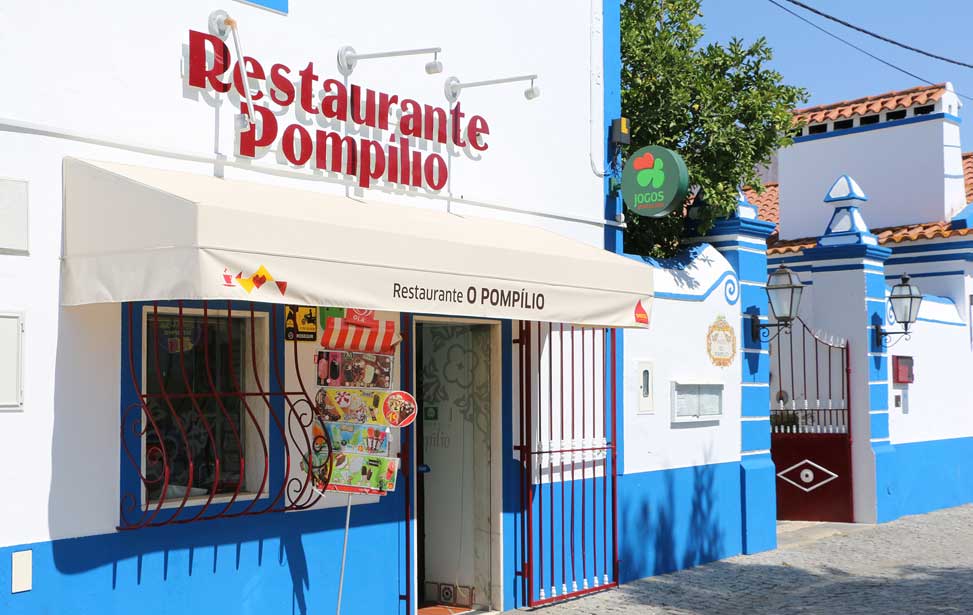 A few kilometres outside of Elvas in the small village of São Vicente, this simple and understated dining room with stone walls serves good local food and wine and is a draw for customers across the region. 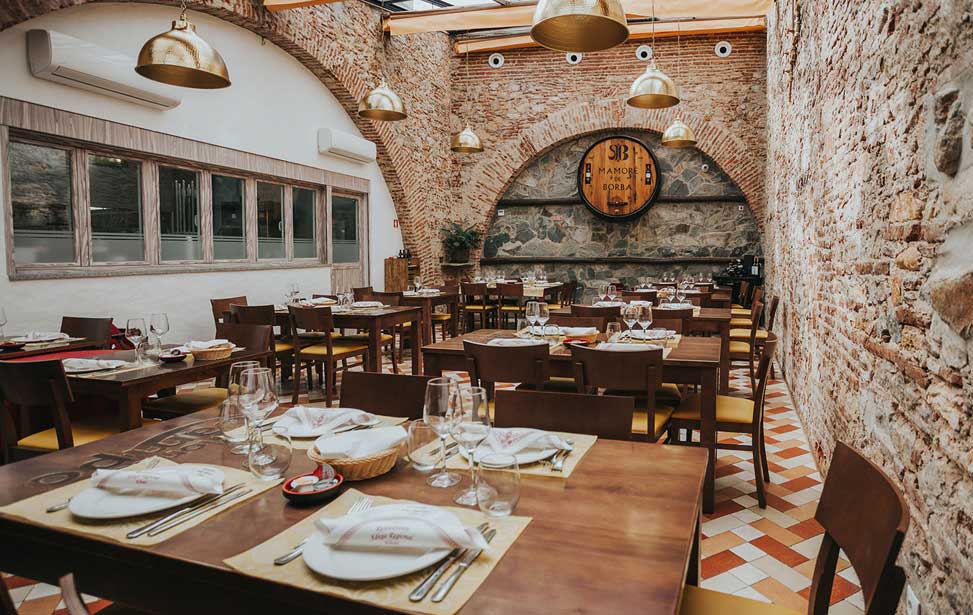 This atmospheric restaurant is popular for good reason, serving great traditional food at reasonable prices. A large and varied menu. 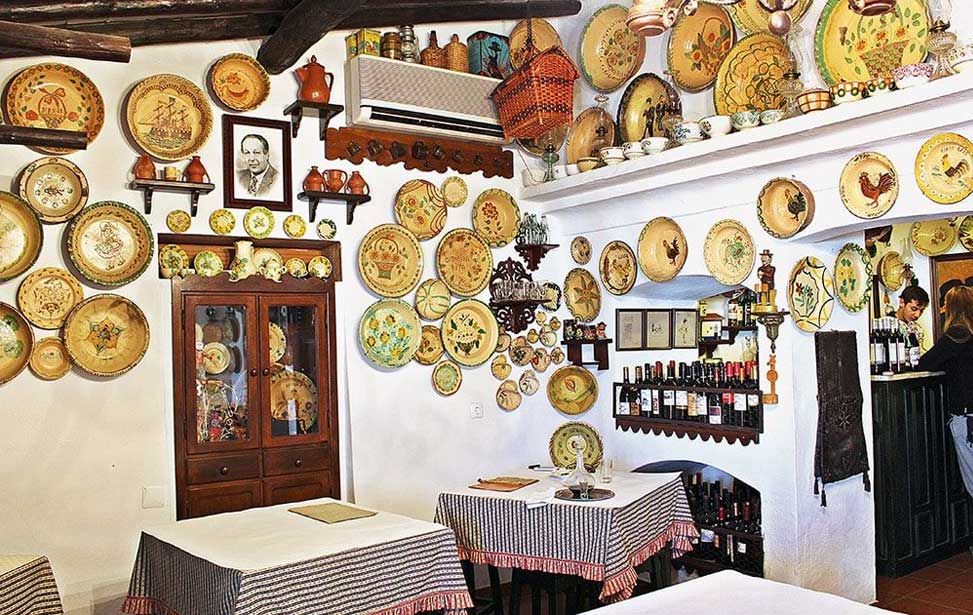